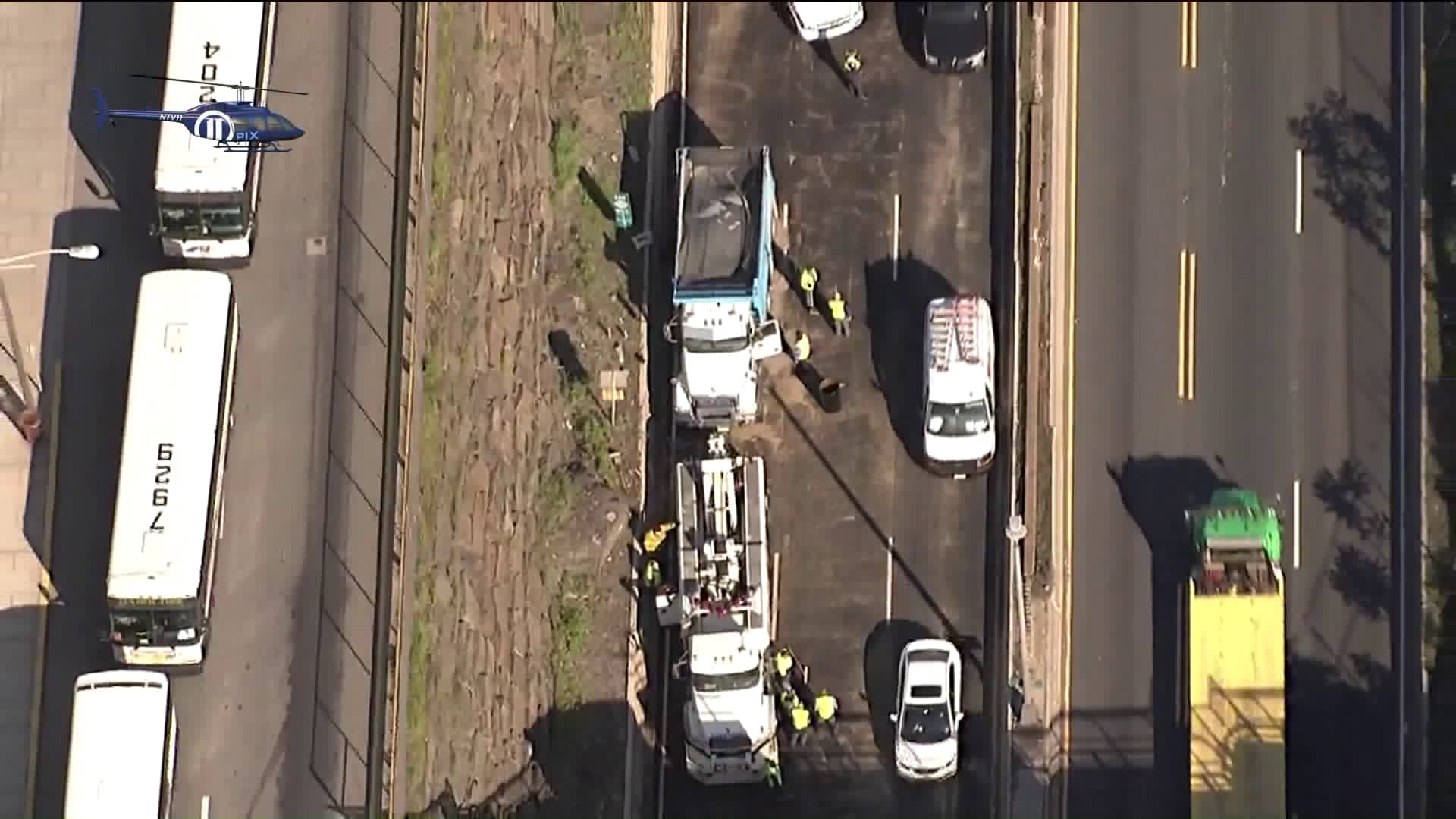 A dump truck was apparently involved in a collision Thursday morning that caused a big fuel spill near the inbound entrance of the Lincoln Tunnel. AIR11 was over the scene on the 495 viaduct, near the Pleasant Avenue exit. Crews are on the scene cleaning up and it seems only the left lane is open, resulting in heavy backups, about a 45 minute delay, on the inbound side of the highway.

WEEHAWKEN, N.J. — A large fuel spill after a crash on the New Jersey side of the Lincoln Tunnel is causing heavy delays heading into New York Thursday morning.

AIR11 was over the scene after a dump truck was apparently involved in a collision that caused the fuel spill near the inbound entrance of the Lincoln Tunnel.

The crash is on the 495 viaduct, near the Pleasant Avenue exit and crews are still o the scene cleaning up, with just the left land open currently, after both lanes were temporarily closed earlier.

The crash and resulting lane closure are making for some heavy backups, a potential 45-minute delay according to AIR11.