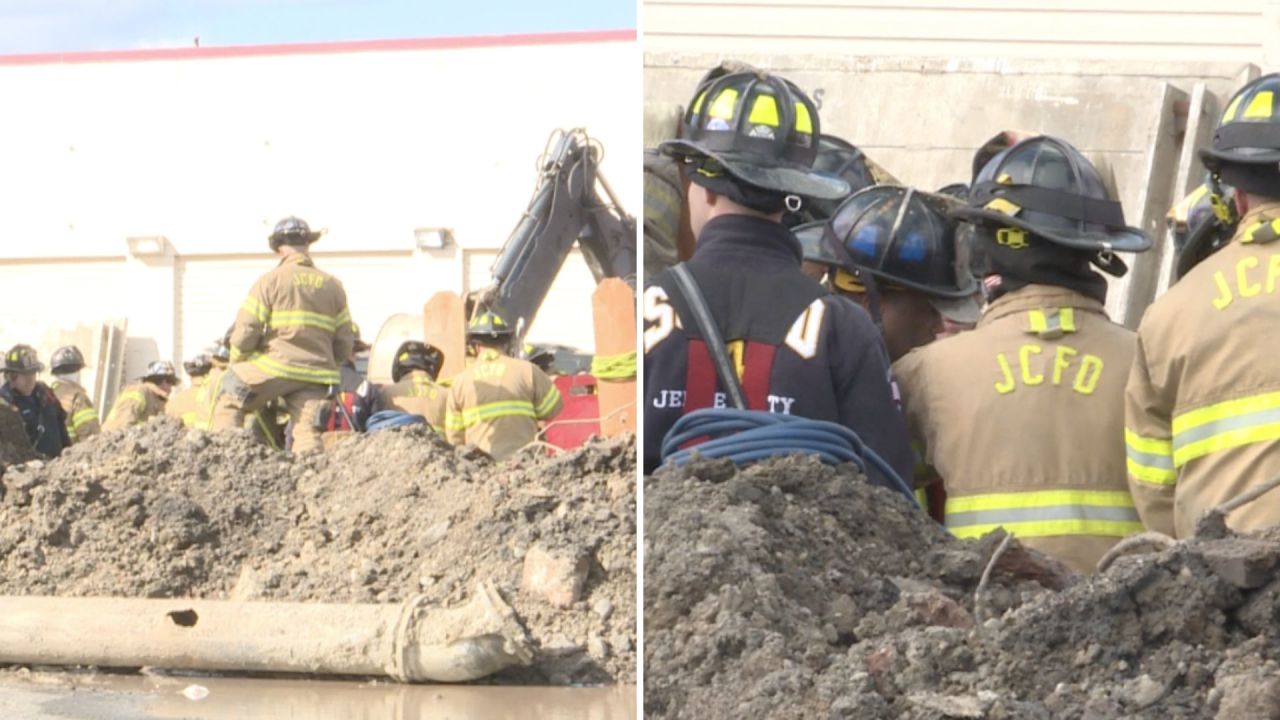 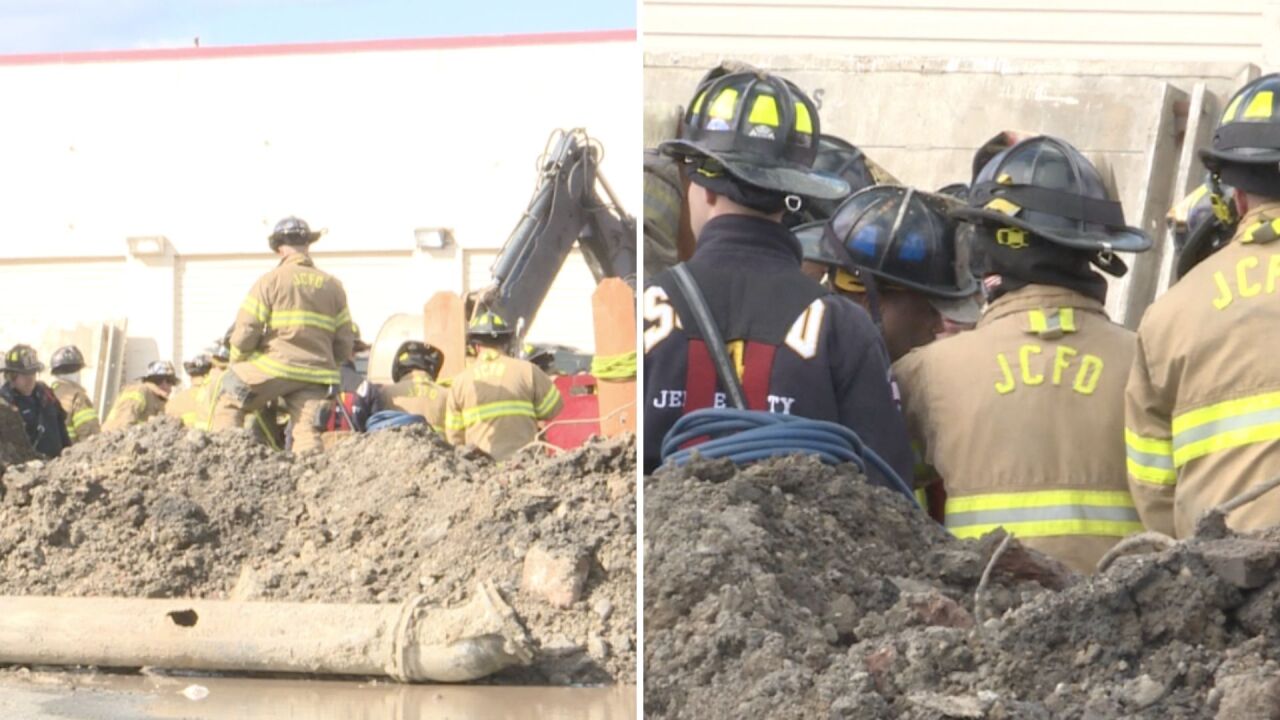 JERSEY CITY, N.J. — Crews are working to recover a construction worker who became trapped in a trench in New Jersey Thursday morning.

It happened around 9:30 a.m. as construction workers were installing a water line at the Jersey City location along Route 440, authorities said. According to director of Office of Emergency Management, Greg Kierce, construction workers were replacing the water main that goes into the Society Hill Housing Development, which is behind a shopping center where the incident occurred.

The main runs through the parking lot of the shopping center.

The trench collapsed, and a 35-year-old man became trapped and buried up to his chest, Kierce said.

He did not survive, according to officials. His identity has not been released.

The victim's father and brother were also at the scene. They were working together to install the water line.

The fire department is securing both sides of the trench, Kierce said.

The exact cause of the collapse was not immediately known, but authorities say it could have been due to the recent weather. "It’s down approximately four feet, you know, we’ve had rain and mud and dirt. You know, I guess when you open these things up you have to be careful about the stability of the ground and things like that. Right now, all of that is speculative, what occurred," Kierce said.

Members of the Office of Emergency Management and Occupational Safety and Health Administration are on scene.