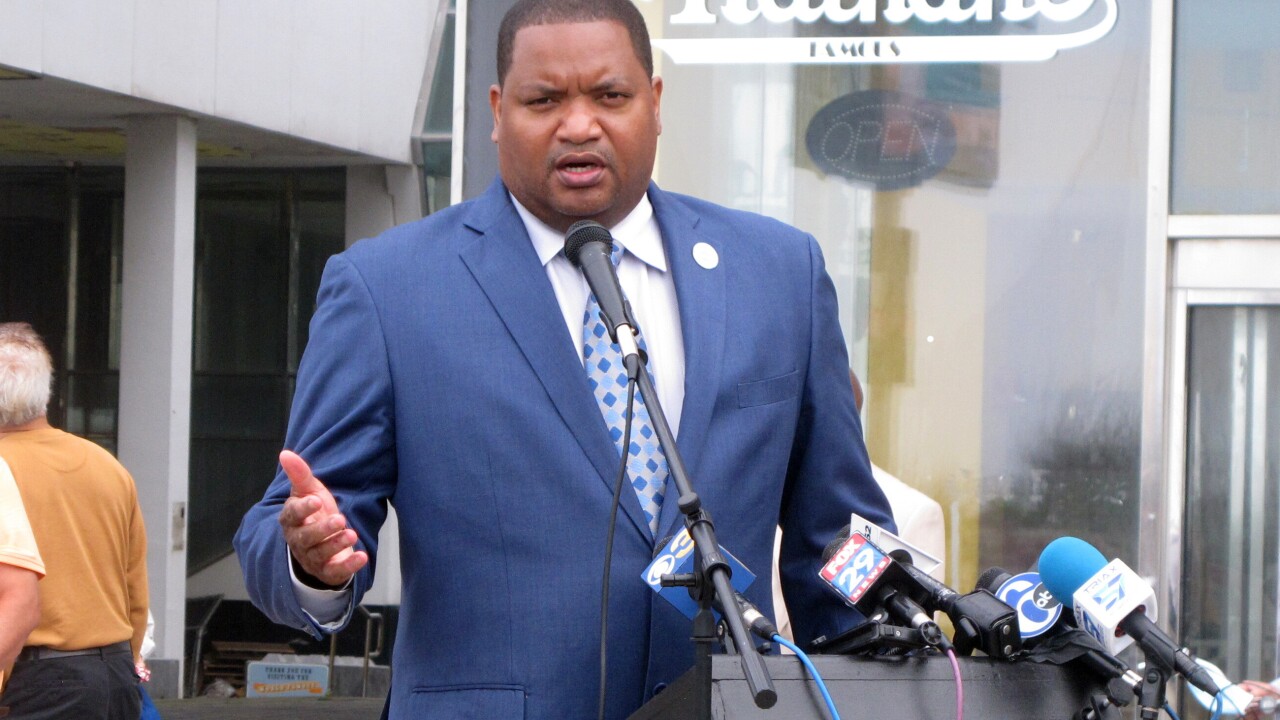 Wayne Parry/AP
Atlantic City, N.J., Mayor Marty Small holds a news conference on the Atlantic City Boardwalk on June 11, 2020. Small will lead a ceremony on Friday, Sept. 4, 2020, in which the words "Black Lives Matter" will be painted on a street instead of on the Boardwalk, where a city activist had wanted to write the words. (AP Photo/Wayne Parry)

ATLANTIC CITY — A “Black Lives Matter” protest that arose amid threats of vandalism and arrest ended in a peaceful joining together Friday of Atlantic City’s mayor and a community activist who had threatened to paint those words on the seaside gambling resort’s historic Boardwalk.

Young wanted to paint the name of the movement on the Boardwalk, which Small said is illegal.

The mayor then planned the city's own even where the words could be painted in a public place.