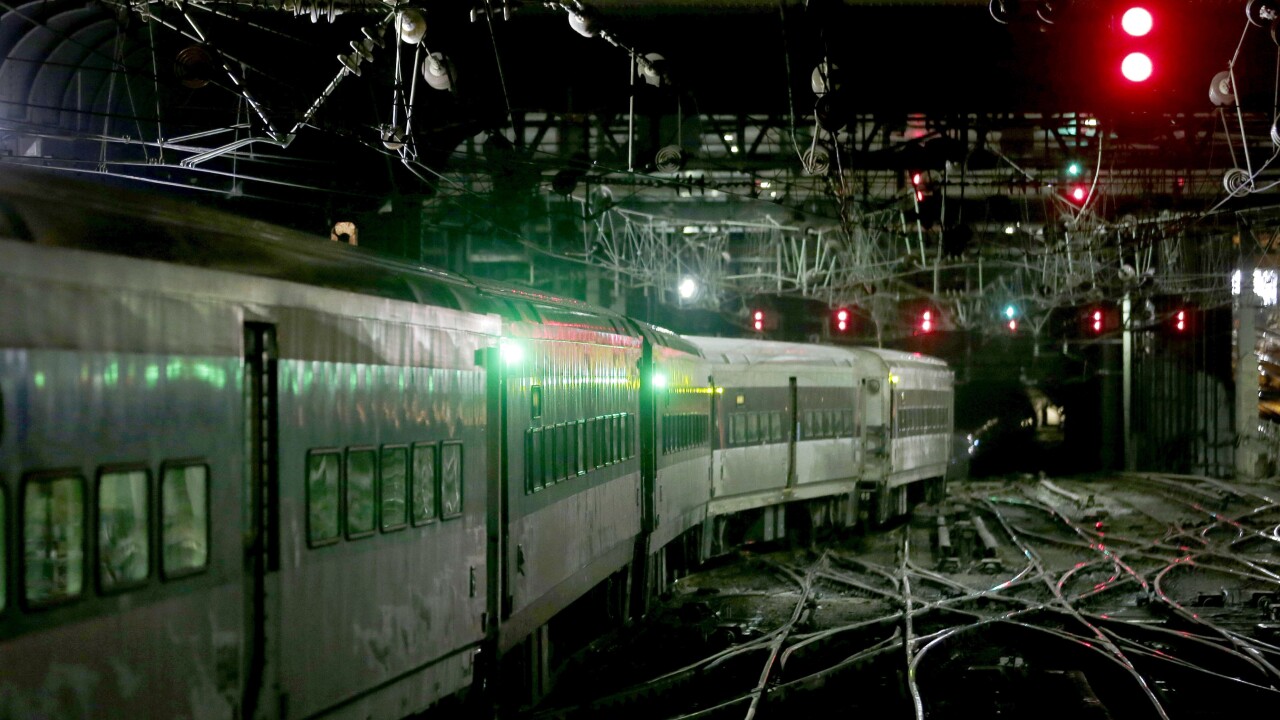 Seth Wenig/AP
FILE- In this May 25, 2017, file photo, a train moves through Penn Station in New York. The news that Amtrak is working with federal officials to do extensive repairs to its Hudson River rail tunnel while a plan to build a new tunnel languishes raises the specter of more delays for already beleaguered commuters. Transportation Secretary Elaine Chao told a House subcommittee Thursday, Feb. 27, 2020, that the work needs to happen now instead of waiting for a new tunnel to be built, (AP Photo/Seth Wenig, File)

NEW YORK — A new study pinpoints the problems inside the Hudson River rail tunnel and lays out a roadmap for how to fix them.

Amtrak's soon-to-be-completed study is part of a program to rehabilitate the decaying, 110-year-old span.

A years-long dispute between local officials and the Trump administration has stalled a project to build a new tunnel.

Despite renewed optimism that a deal can be reached with the administration of President-elect Joe Biden, a new tunnel could be a decade from being finished.

In the meantime, saltwater deposits left behind by 2012’s Superstorm Sandy, activated by water seeping in from outside, continue to eat away at the tunnel’s walls, track beds and electrical systems.