As more Paterson parks reopen, activists fight to keep them safe for kids 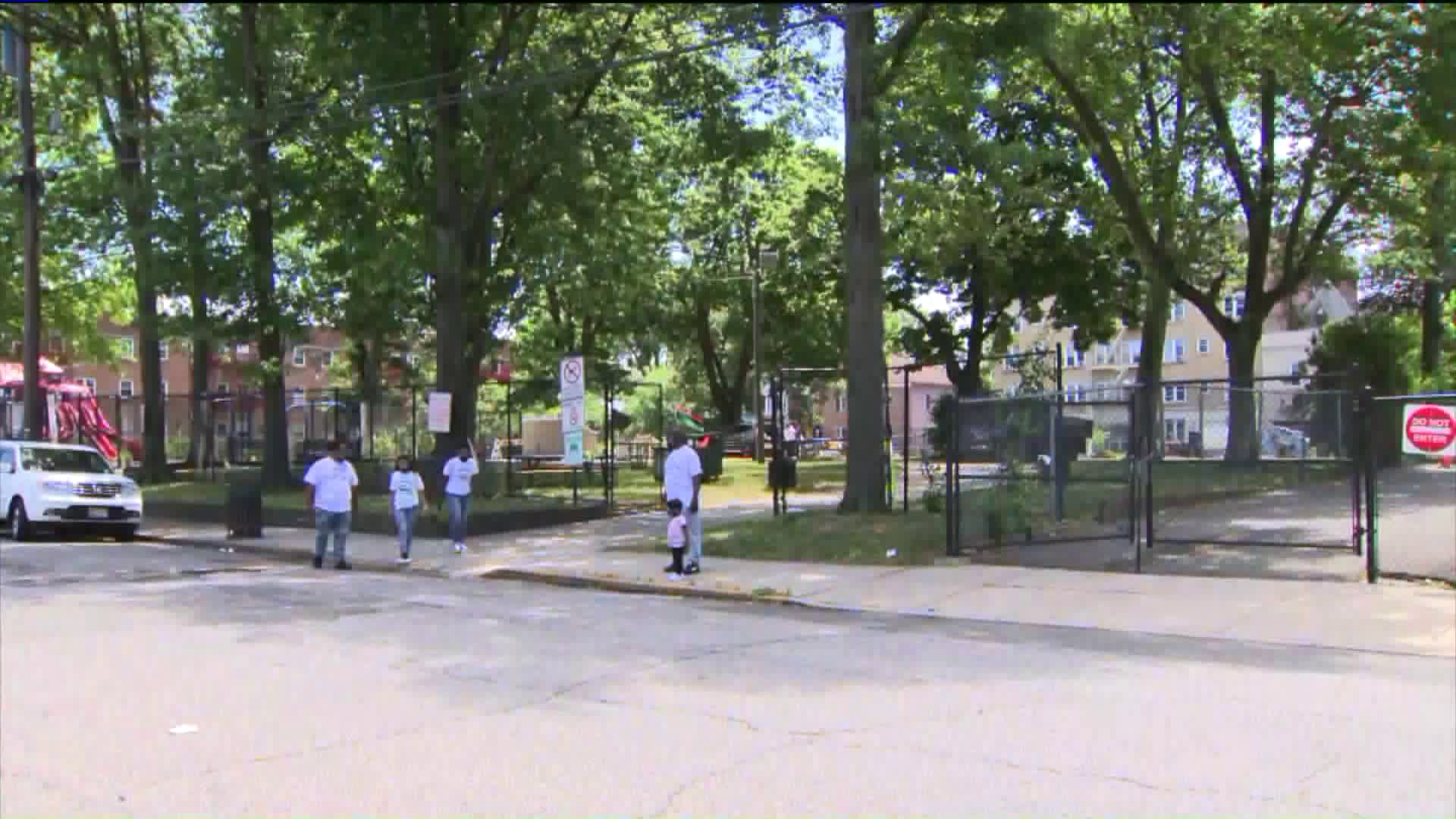 People we spoke with were thrilled to have the spaces open again in Paterson, New Jersey.

But as the parks reopen, the city faces a dual reality: the fight against COVID-19 and the ongoing battle against the drug epidemic.

Monday, just after Barbour Park reopened, two women appeared to light a crack pipe on the steps next to the playground.

Charles Adams, who was in the park with his family and who attended the mayor's press conference announcing the reopening, marched right up to the women.

"You don't sit here no more, this is over," Adams told them. They left without incident.

Community activists in Paterson fought to get fences put up to keep the drug addicts out.

In addition to Barbour Park, Westside Park, Pennington and Montgomery have also been reopened. Playground equipment will remain closed.

Only seven of Paterson's 52 parks are now open after COVID-19 struck the city.

The city has taken a very cautious approach to reopening because of how quickly the virus spread in Paterson.

Paterson has a large population of low-income families who live with many relatives, aiding the virus' spread.

Despite being a city with limited resources, Paterson has positioned itself on the cutting edge of contact tracing.

Last year, after the city saw cases of meningitis and hepatitis, they applied for a grant to invest in training and expanding a strike team of contact tracers.

"It’s a painstaking process," said Paterson Mayor Andre Sayegh. "You have to be very meticulous."

As of Sunday, Paterson had only three new cases of COVID-19.

The mayor said he is encouraged that the state has rolled out software statewide in recent weeks for municipalities and counties to communicate across borders when new cases pop up.