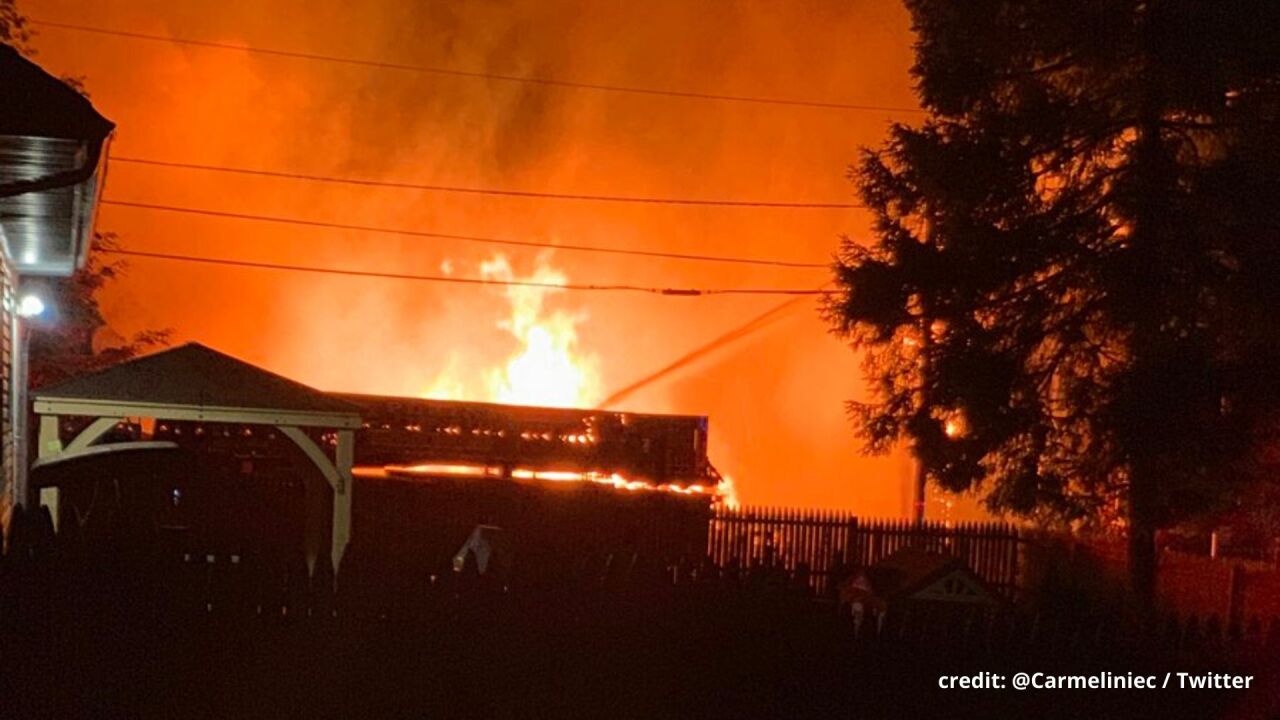 NORTH PLAINFIELD, N.J. — Multiple houses were damaged in a New Jersey neighborhood when a large fire broke out in a house under construction early Wednesday, officials said.

According to North Plainfield Fire Chief William Eaton, the home under construction on Maple Avenue was fully engulfed in flames by around 3 a.m., with houses on either side of it also catching fire, one of which was mostly consumed by flames as well.

Local resident Nick Mendoza, who shared video of the blaze, told PIX11 he first heard what sounded like a gunshot before looking out his window and seeing the fire. He said he later saw the house under construction completely collapse in the blaze.

Chief Eaton noted that the houses along the street are "kind of close together," making it easier for the destructive flames to spread.

Eaton said it took about an hour and a half to get the large fire under control and that 10 mutual aid units from surrounding towns responded as well.

A firefighter was taken to a local hospital for minor injuries, but no civilian injuries were reported.

Authorities said around six people were evacuated from surrounding homes.

Fire officials said the cause of the blaze is still under investigation.