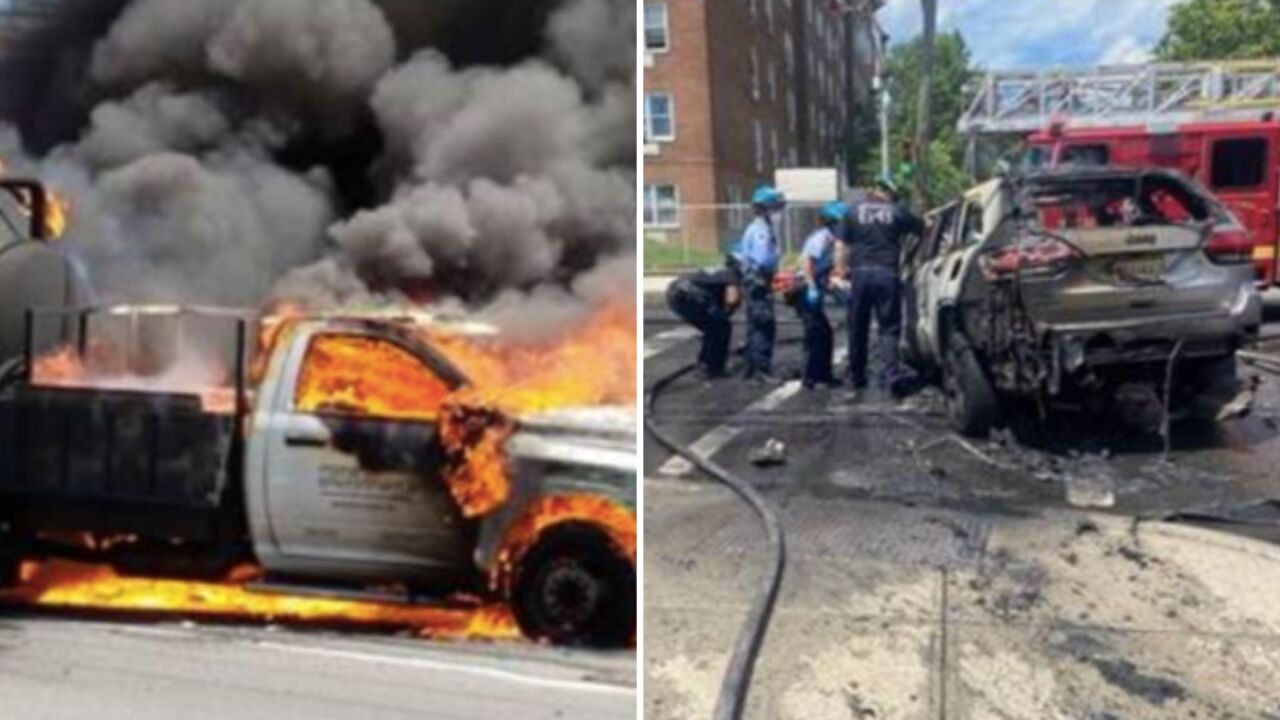 Newark Dept. of Public Safety
One person is dead following a fiery crash in Newark.

Firefighters responded to a vehicle fire that was caused by a collision between two vehicles and a small tanker truck just before 11:50 a.m. in the vicinity of Bergen Street and Madison Avenue, officials said.

One of the passenger vehicles and the tanker truck caught on fire during the incident, according to authorities.

Their identity has not been released.

The condition of the other people involved were not immediately known.