Nearly 2K special needs children in NYC could be without preschool seats: report 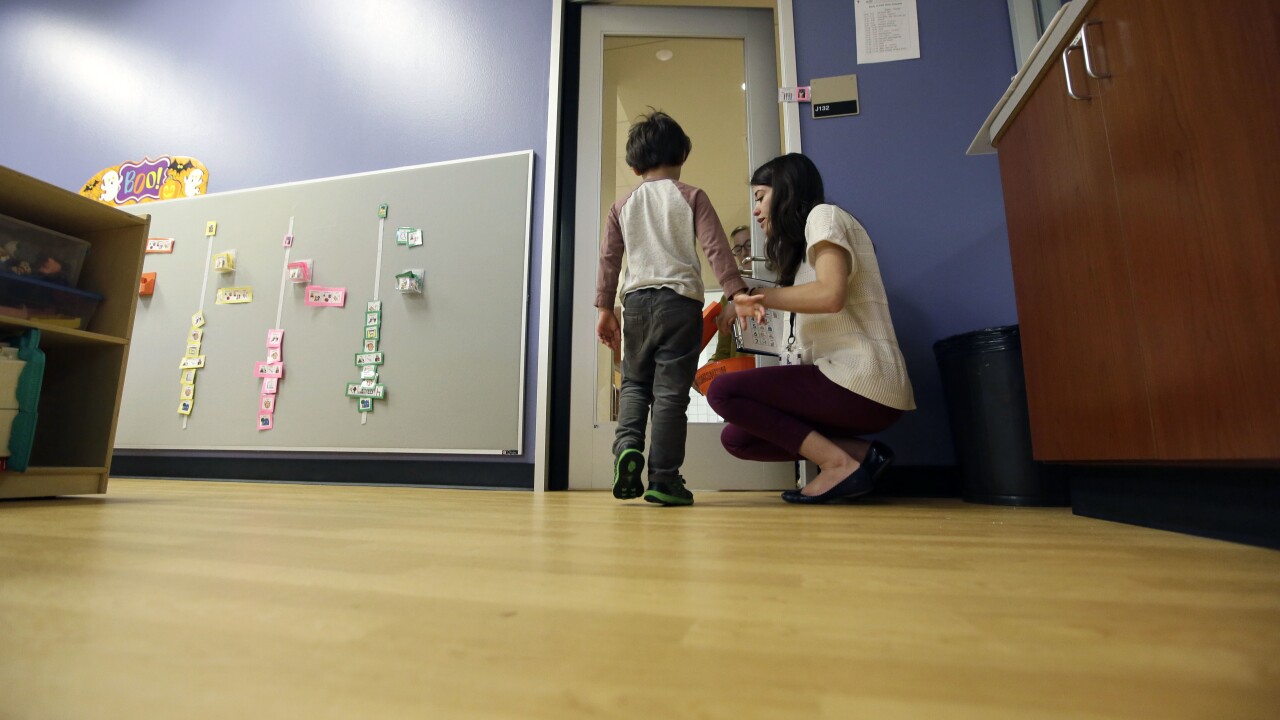 LM Otero/AP
Thousands of special needs children in New York City could be without a preschool seat this spring, according to a new report.

NEW YORK — Nearly 2,000 children with significant special needs could be without a seat in a New York City preschool this spring, according to a report released Thursday.

New York City is legally obligated to provide a seat to every special needs child eligible for Mayor Bill de Blasio’s Pre-K for All program for 3- and 4-year-olds. However, based on estimates from the city Department of Education, the organization Advocates for Children of New York calculated the city will be short between 1,028 and 1,932 seats in special needs classrooms.

Children who are not given a seat are put on a waitlist until one becomes available. Janira Batista, a parent whose child had to wait eight months for a seat in a preschool special education class, told the AFC it delayed her son's development.

"By the time Aiden got a seat, the teachers and therapists had to do double the work just to get him back up to speed,” said Batista. “Now that Aiden has spent time in his class, he interacts more with other children, he follows directions better, and he speaks in full sentences. But no child should have to wait so long to get the help they need.”

The city DOE has added more than 1,000 preschool special needs seats over the last two years to help ease the shortage, but a significant gap persists, according to the AFC.

Of the five boroughs, the Bronx has the highest potential shortage, lacking between 450 and 798 seats, according to the report. Brooklyn has the second greatest need, with as little as 282 seats and as many as 550. Queens is estimated to need between 210 and 406 seats, and Staten Island is expected to be short between 86 and 178 seats. Manhattan is expected to only need extra seats for bilingual Spanish classes.

While many preschoolers with disabilities receive services within general education classes, students with significant special needs have the right to be placed in a smaller class with a certified special education teacher. Most of those classrooms, however, are run by a dwindling number of nonprofit community-based organizations struggling amid years of near-stagnant state funding, according to the AFC.

Compounding the issue is a teacher shortage as community-based providers struggle to compete with higher salaries offered in pre-K classrooms run by the city’s education department.

The state approves the opening of special pre-K classrooms as well as their payment rate and whether or not rates should be increased annually.

For the six years prior to the 2015-2016 school year, the state did not offer an increase in payment rates for preschool special needs classes, according to the report. Since then, the state has approved a 2% increase each year. Gov. Andrew Cuomo’s budget proposal, unveiled earlier this month, does not offer any initiatives to help address the crisis, according to the AFC.

“Every day that young children with disabilities sit on a waitlist instead of in class is a missed opportunity to intervene and prepare them for kindergarten,” said AFC policy director Randi Levine. “Governor Cuomo and Mayor de Blasio have been leaders in expanding early childhood education, and they must extend this commitment to preschoolers with disabilities this year.”

The AFC is calling for the state to increase its payment rate for special needs classroom teachers by 10% this year so that community-based organizations can better recruit and retain educators.

The state DOE has been advocating for more funding and administrative flexibility in provider's tuition rates to ensure payment more accurately reflects the cost of services and programs required for preschool students with disabilities, officials said in response to the report.

A request for comment from the city DOE was not immediately returned.