Most NYC minority and women-owned small businesses might not survive next 6 months: Stringer 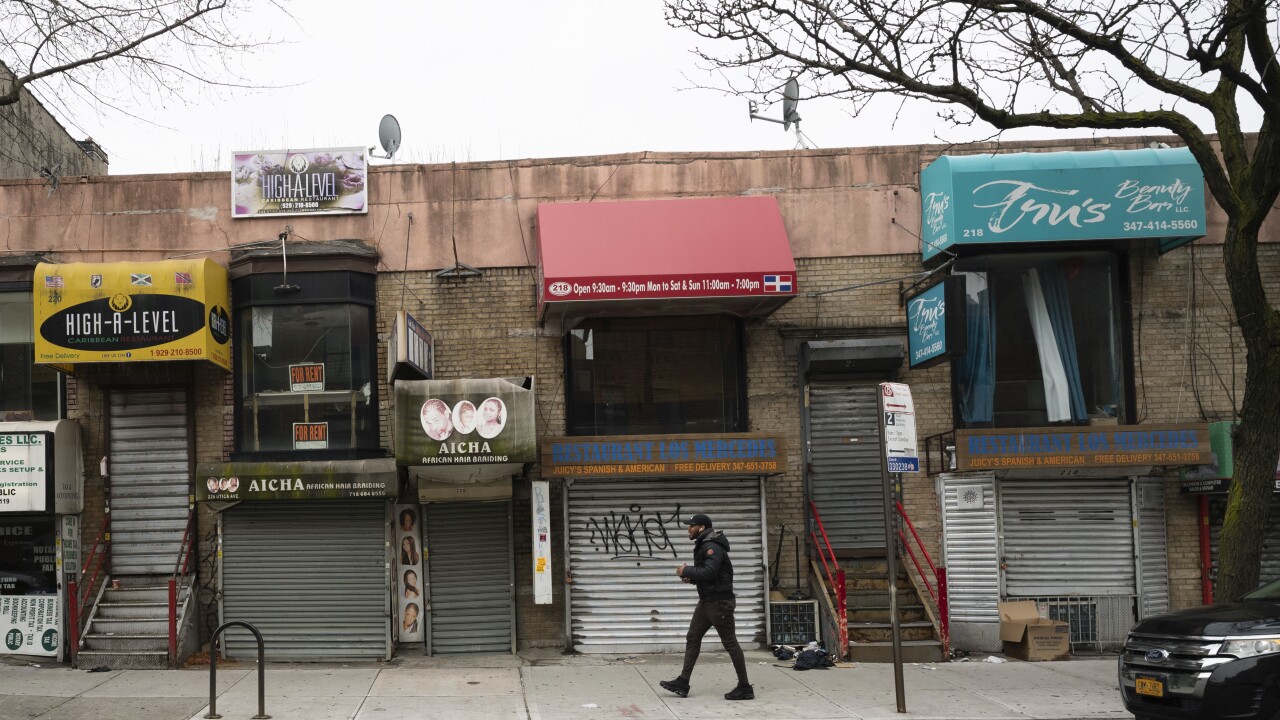 (Copyright 2020 The Associated Press. All rights reserved. This material may not be published, broadcast, rewritten or redistributed.)
Mark Lennihan/AP
In this April 8, 2020, photo, small businesses are shuttered closed during the coronavirus epidemic in the Crown Heights neighborhood of the Brooklyn borough in New York.

According to a June survey of over 500 city-certified businesses owned by women or people of color, 85% said they likely can't survive beyond the next six months, given their current cash on hand.

Furthermore, 30% of business owners surveyed said they likely won't make it beyond the next 30 days or less, due to the COVID-19 economic crisis.

"Minority and women-owned businesses are essential to our economy, generate strong local community wealth, are at the core of our city’s cultural identity and they are bearing the brunt of our economic crisis," said Stringer in a statement.

The comptroller's analysis also found that 60% of minority and women-owned businesses that competed for COVID-related NYC contracts weren't able to make contact with the city. Only 10 of the businesses surveyed have actually received a contract.

Many of these business owners did not even compete for a city contract due to onerous restrictions or non-responsiveness from the city, the report says.

Of the businesses surveyed, 25% did not apply for federal or city aid citing barriers to entry including restrictive application criteria or use of funds, high interest rates, lack of outreach and awareness or that funds were exhausted before their application was submitted.

Meanwhile, only 48 of businesses surveyed tried for the NYC Employee Retention Grant, of which just 15 were approved.

"These findings are alarming and underscore the structural inequities facing M/WBEs (minority and women-owned enterprises) and the urgent need for immediate action and relief before M/WBEs in our city are decimated," Stringer cautioned.

The comptroller's office said it will be requiring documentation from the city, such as goal-setting worksheets and market analysis.

"We will redouble our commitment to holding city agencies accountable and continue our efforts to identify and dismantle systemic barriers to participation," Stringer asserted.

"Our economy is strongest when it is equitable and inclusive, and our road to recovery must reflect those values."

New York City's goal is to award at least 30% of the dollar amount of city contracts to minority and women-owned businesses by 2021.

You can read the comptroller's full analysis and see more data here.