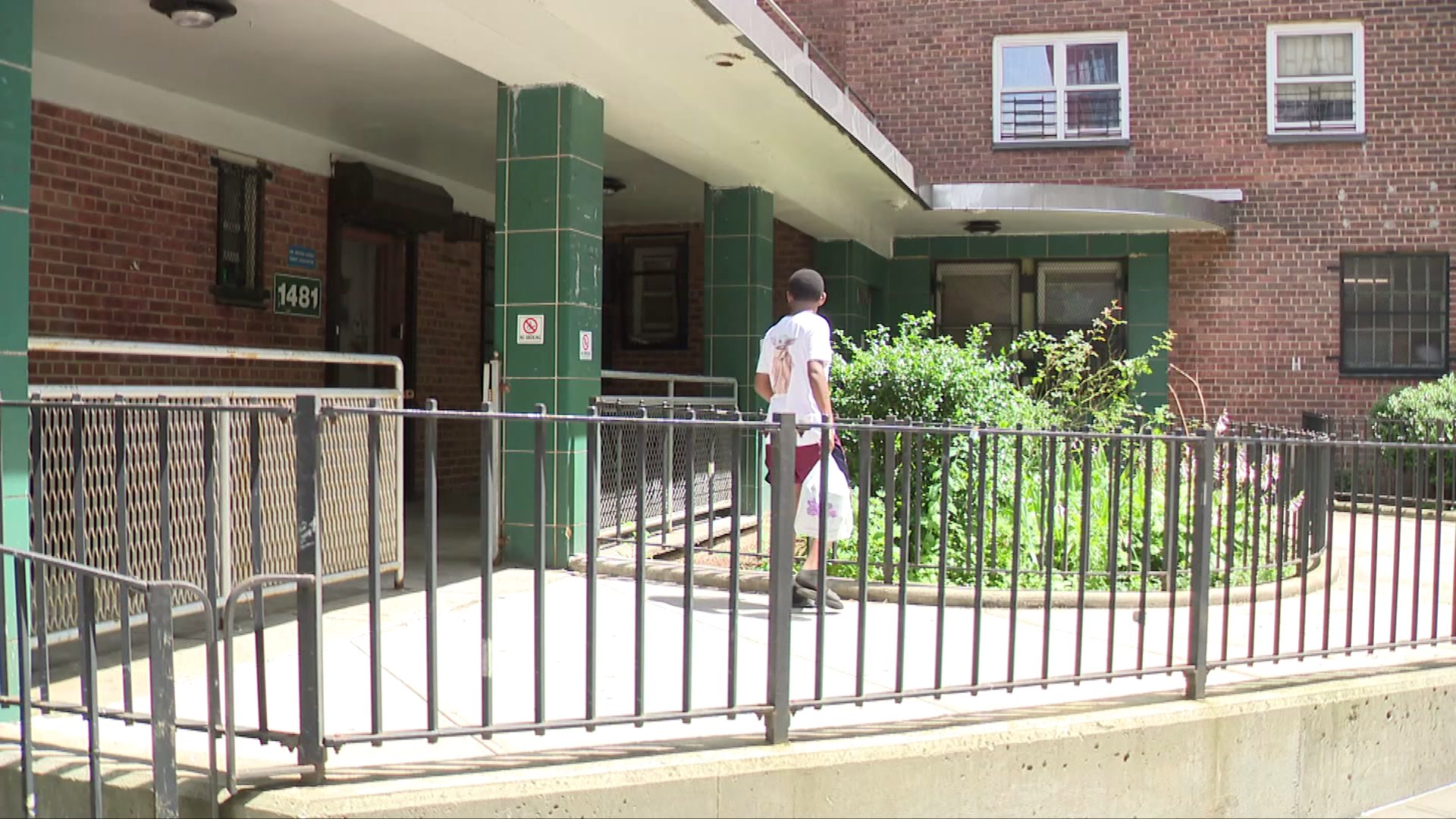 As part of a $1 billion cut to the NYPD, Mayor de Blasio said he will will move $537 million to NYCHA and Parks youth recreation centers. There will also be $87 million for broadband expansion at NYCHA.

NEW YORK — Millions in funding will be shifted from the NYPD and to the New York City Housing Authority, Mayor Bill de Blasio said Tuesday.

As part of a $1 billion cut to the NYPD, de Blasio said he will will move $537 million to NYCHA and Parks youth recreation centers. There will also be $87 million for broadband expansion at NYCHA.

Shaun Commodore, the tenant association president at the Carver Houses, said he was excited.

“That is most deserving for all NYCHA developments," he said. "I would love it. I have so many visions for the money here."

Back in February, Commodore showed PIX11 how he converted his small tenant office into a community center for children so they would have a place to go. Commodore feeds families inside his office on Tuesdays. He’s hopeful the Carver Houses will see some of that proposed new money the mayor is promising to NYCHA. Commodore's dream is to open up a community center.

Johnny Diaz lives at the Wagner Houses in Harlem and said he’s skeptical of how the money will be used and if it will make a difference.

“It will be the same thing that has been going on all these years: nothing," Diaz said. "They always say they are going to do something and nothing has been accomplished."

But Christine Zayas lives at the Carver houses and said she would be thrilled to see funding come to her neighborhood.

Last November, Councilmember Adrienne Adams took PIX11 to the basketball court at the Baisley Park houses in Queens where 14-year-old Amir Griffin was killed in October 2019. The NYCHA community center has been closed since 2008 due to lack of funding.

Commodore said so many communities like his have waited for change.

The plan is part of the budget proposal. Its still needs to be voted on and approved by the City Council.