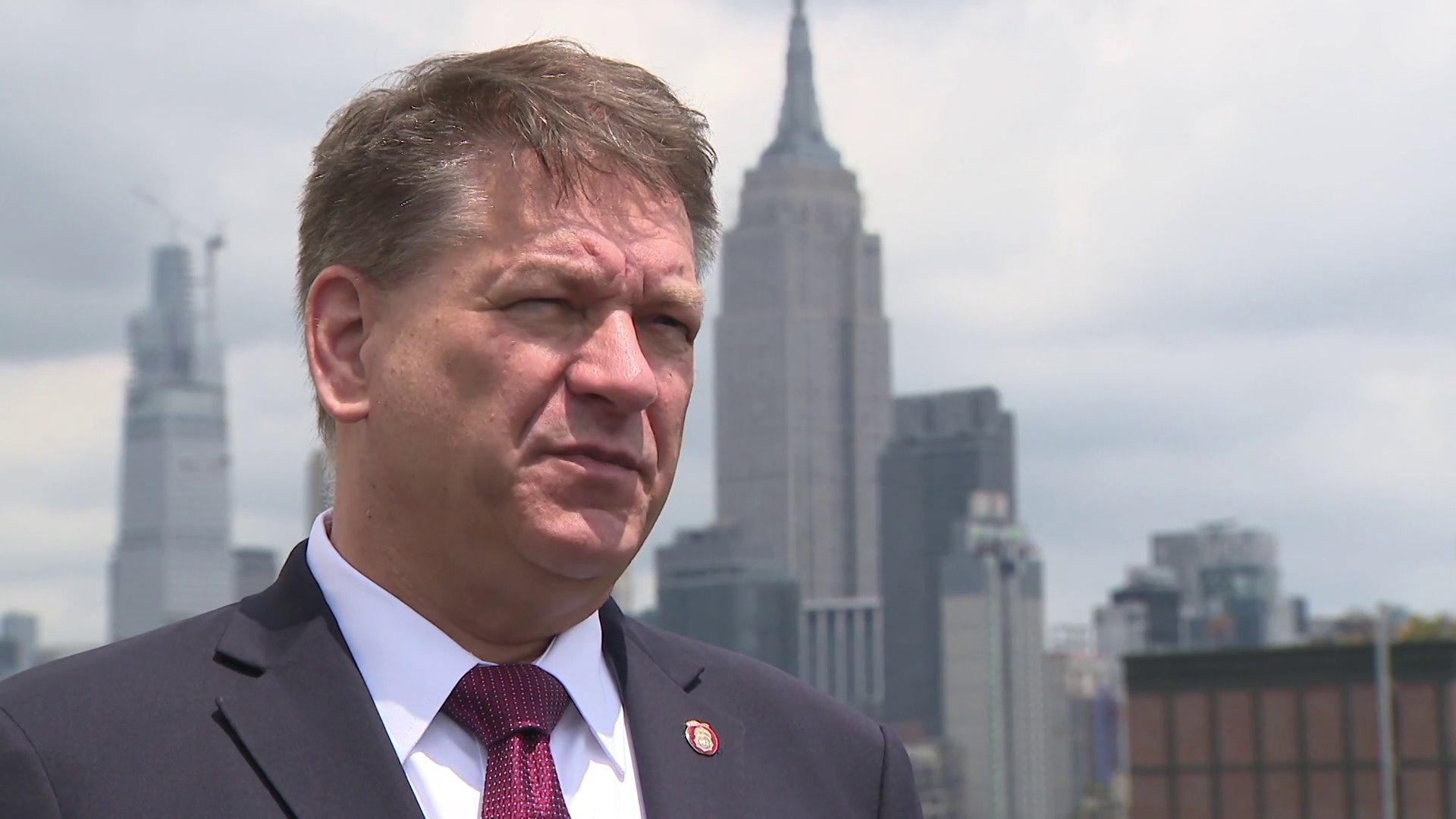 There are stockpiles of drugs building up on the Mexican-U.S. border, which is closed during the coronavirus pandemic.

A large package that was originally sent to a Union City, New Jersey apartment from Mexico ended up getting transported to the Bronx basement and agents found what they were looking for there.

Amid the roosters that were flying around, the feds discovered three, industrial-size “pressing” machines that were churning out thousands of counterfeit ‘crystal meth’ pills. The pills were not crystal methamphetamine; they were actually made with fentanyl, an opioid that’s cheap to buy wholesale, but far more lethal than heroin.

“This is a serious problem, particularly here in New York,” said the new acting administrator of the DEA, Timothy Shea.

PIX11 met Shea on the roof of the DEA’s New York City Division, as he noted there were stockpiles of drugs building up on the Mexican-U.S. border, which is closed during the coronavirus pandemic.

As a result, there’s also plenty of drug money that can’t get back to Mexico from the United States.

During the pandemic, Shea noted the DEA is snatching “record-setting levels of cash.”

“During April and May of this year, the DEA seized over $16 million dollars worth of currency,” Shea said.

Because some land routes have been shut down during the pandemic and airline travel is limited, traffickers have been sending fentanyl through the mail in smaller packages, seeking alternative ways for it to find its recipient.

Lower supplies of certain drugs are driving up prices for users.

While the DEA spends a lot of times tracking drug traffickers, it did ease restrictions on the production of fentanyl and other opioids during the pandemic this year. Painkillers are used when a severely ill COVID-19 patient needs to be intubated and put on a ventilator.

Shea spoke to PIX11 the same day that federal prosecutors announced an arrest complaint had been filed against the stepson of suspected drug lord Rafael Caro Quintero—known as RCQ. The stepson remains on the lam, as does RCQ: an alleged member of the Sinaloa cartel in northwestern Mexico.

Agents have been seeking RCQ for 35 years, ever since one of their own, Agent Enrique “Kiki” Camarena, was executed in Mexico in April 1985.

“He was responsible for ordering the hit on Agent Camarena,” Shea said, “who over a two day period was brutally tortured and then killed.”

RCQ is featured on the FBI’s Ten Most Wanted list.