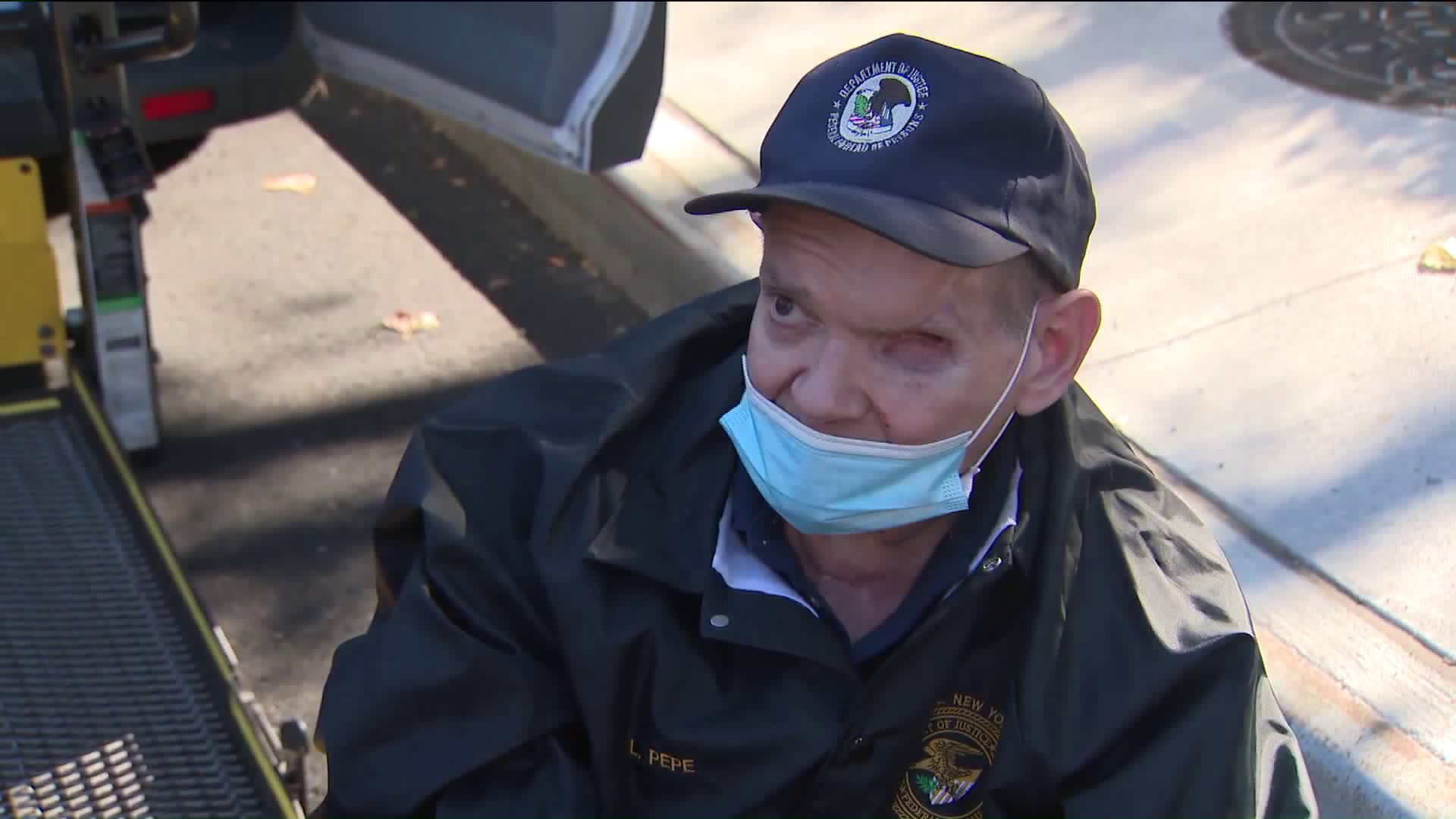 Louis Pepe, a retired federal correction officer, was wheeled from an ambulette this week and returned to the Metropolitan Correctional Center in downtown Manhattan, the place where he was viciously maimed twenty years ago by two Al Qaeda prisoners.

LOWER MANHATTAN — Louis Pepe, a retired federal correction officer, was wheeled from an ambulette this week and returned to the Metropolitan Correctional Center in downtown Manhattan, the place where he was viciously maimed 20 years ago by two Al Qaeda prisoners.

"That one day, that one hour, they hit me one hundred times," Pepe, now 63, recalled.

On Nov. 1, 2000, Pepe was guiding detainee Mamdouh Mahmud Salim to his cell, after Salim met with defense attorneys inside the prison.

Salim, a one-time top aide to terrorist Osama bin Laden, was awaiting trial for the 1998 bombings at two U.S. embassies in Africa.

Suddenly, Salim's cell mate — his co-defendant in the bombing case — jumped Officer Pepe and sprayed commissary hot sauce in Pepe's face. Then, Salim used a comb that was fashioned into a shank and stabbed Pepe in the left eye.

Pepe was trapped in the cell on the notorious 10-South wing for nearly an hour before help came. The inmates later admitted they pummeled the officer in a futile effort to get his keys.

Salim was sentenced to 32 years for attempted murder in 2004.

Louis Pepe, who lost his left eye and still suffers partial paralysis, has lived day-to-day ever since.

"I still like it here," he said about the MCC.

Pepe's sister, Eileen Trotta — who's been his advocate for the last two decades — joined Pepe and his loyal nursing aide, Leslie Achiaa, for a recognition ceremony and barbecue, where fellow officers and prison officials applauded Pepe's arrival.

"Look what they gave me, Mary," he later said to PIX11 News.

He proudly showed us one of his plaques, inscribed with the words "Senior Officer Specialist Louis Pepe. Your brothers and sisters at MCC New York continue to recognize and support you."

"He was really, really happy and pleased," Pepe's sister said. "It's so meaningful for him."

Pepe had spent two and half years in the hospital after the assault, which happened ten months before the 9/11 terror attacks, and he still has some difficulty talking. But he's come a long way in 20 years.

Pepe's developed a special friendship with his aide of the last ten years, Leslie, who got emotional talking about the courage he shows in his daily life. She is with Pepe 12 hours a day, Monday through Friday.

She used to assist him seven days a week, traveling two hours each way from her home in the Bronx. But it became too much, with a husband and daughter needing her attention.

"He tries every day," Achiaa said of Pepe. "He wakes up every morning, you see him in the kitchen, preparing his food. He looks at his face in the mirror, I say, 'Mr. Louie, how do you cope?'"

His spirit of carrying on moves Achiaa.

"He says, 'I have to live life. This is me now.' It took him a long time to accept who he is, but he got to the point where he accepted it."

Achiaa and Pepe travel every week to a nursing home for veterans in St. Albans, Queens, where Pepe chats with the elderly men and women and plays bingo with them.

"Every Thursday, he wakes up, when I come in, he says 'Leslie, we have to go and volunteer.' The minute we enter there, he's happy," Achiaa noted. "He goes around; he greets everybody. It does help him mentally."

She got choked up just talking about Pepe.

When PIX11 News asked if Pepe inspired her, the aide responded, "In so many ways."

When we asked Louis Pepe what Leslie has meant to him, he replied, "I could marry her!" and then they both laughed. "Leslie, she's a real friend. She can do anything," Pepe said.

He'd already had fifteen years under his belt when the tragic incident happened.

"He's done the impossible; he survived," Eileen Trotta said of her brother.

Leslie Achiaa said her husband teases her when she leaves for work to make her two hour trip to help Louie.

"My husband goes, 'Oh, you're going to your husband,'" Achiaa said with a smile. "That's my husband," she said of Pepe. "My first husband is Louie."