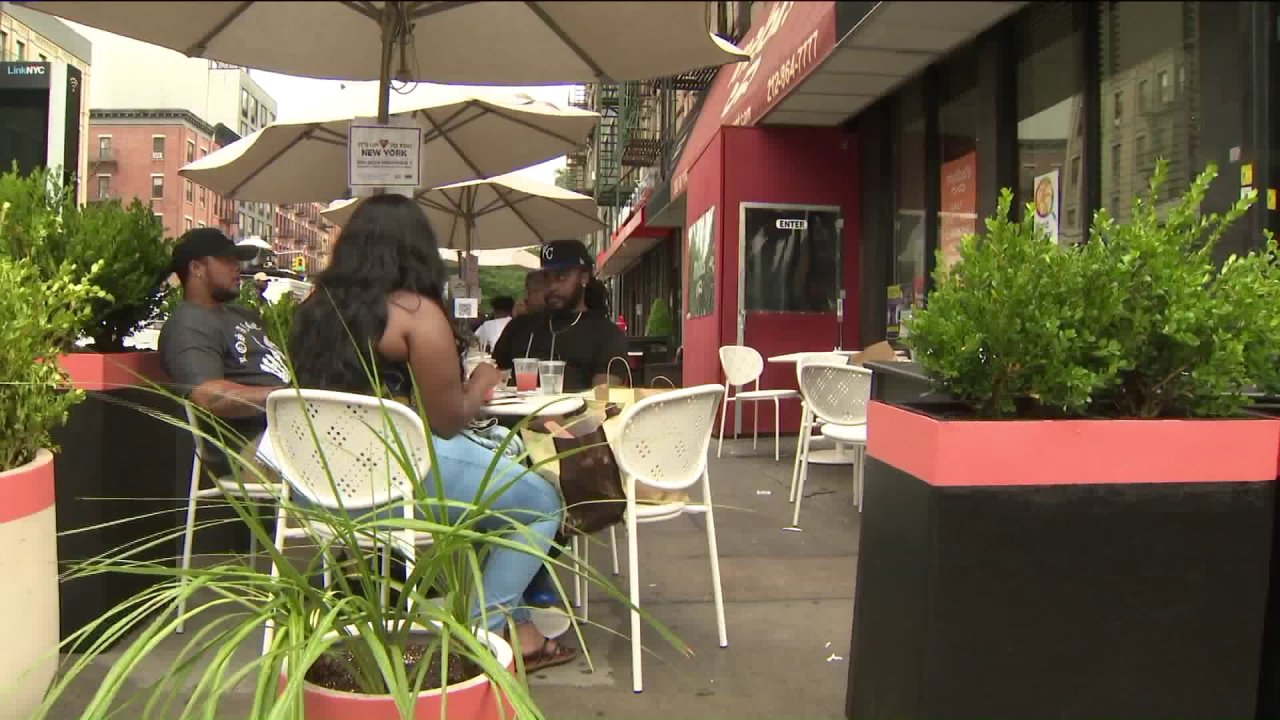 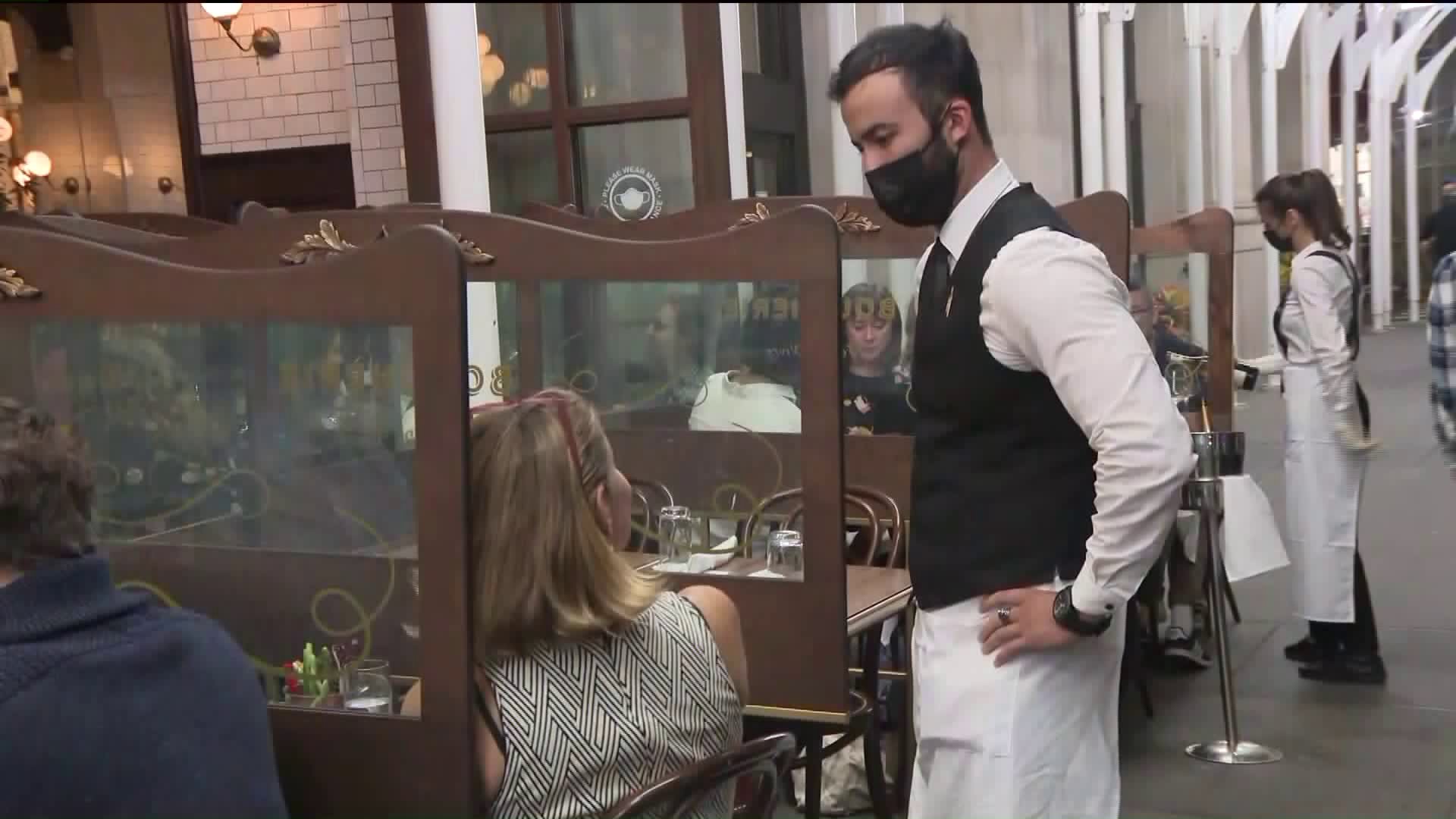 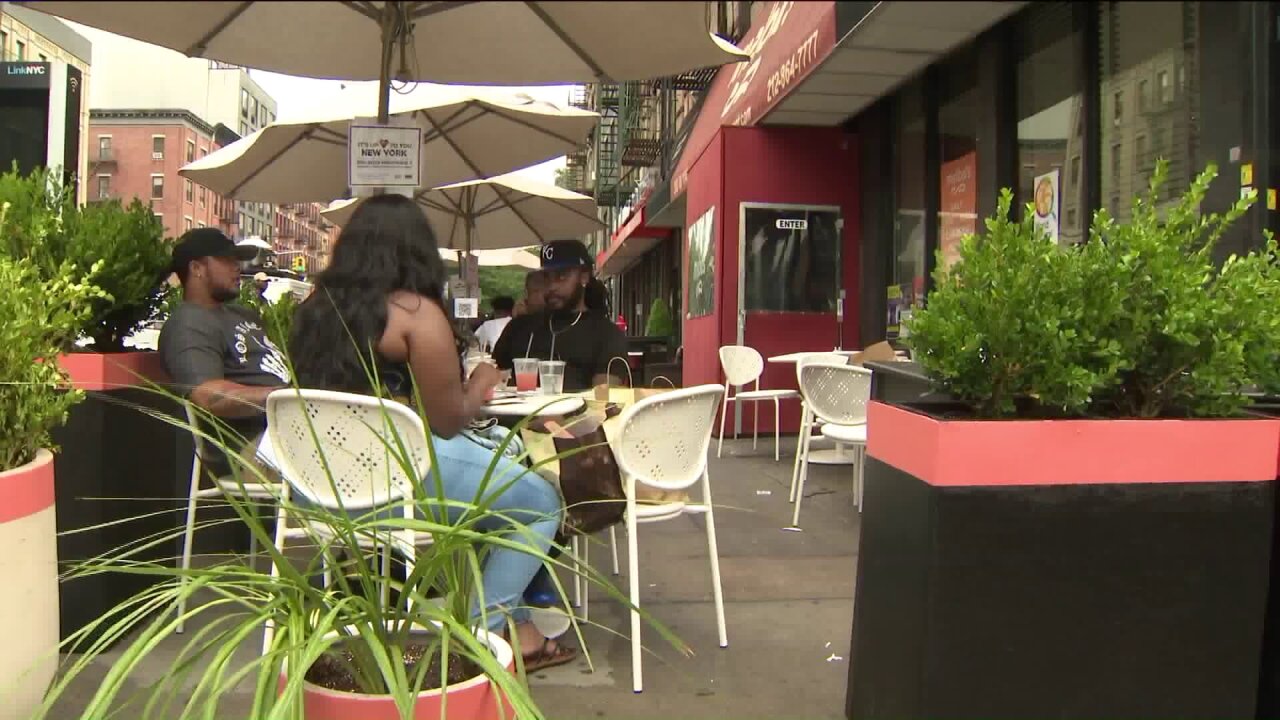 De Blasio said the popular "Open Restaurants" program that expanded outdoor seating for city eateries during the pandemic will now be extended year-round and made permanent.

"Open Restaurants was a big, bold experiment in supporting a vital industry and reimaging our public space. And it worked," de Blasio said in a statement.

The mayor's office said over 10,300 establishments have enrolled in the program since it launched in June, during Phase 2 of the city's reopening.

The related "Open Streets: Restaurants" program is also being made permanent, offering restaurants space on 85 car-free streets across the city.

"As we begin a long-term recovery, we’re proud to extend and expand this effort to keep New York City the most vibrant city in the world. It’s time for a new tradition," de Blasio said.

The city said the programs have already saved an estimated 90,000 jobs citywide.

The NYC Hospitality Alliance responded in a statement Friday, thanking the mayor and calling his decision "a major step to rebuilding a stronger, more resilient and livable city."

De Blasio had previously set an end date of Oct. 31 for the outdoor dining program, and then his administration had said it would go into the fall.

Additionally, the newly extended program will now let restaurants incorporate heaters into their outdoor dining setups, which were previously not allowed.

The use of propane heaters will require a permit from FDNY and compliance with FDNY regulations for outdoor use, handling and secure outdoor tank storage overnight.

Official guidance for gas heaters will be released before the end of September.

Restaurants will also be allowed to use tents to keep diners warm in the colder months, but with certain restrictions on capacity and how enclosed they can be.

The news comes as restaurant owners finalize their plans for indoor dining, which Gov. Andrew Cuomo had allowed to begin in the city on Sept. 30, with capacity capped at 25%.

“Outdoor dining has been one of the major successes of the past few months, and the Council is proud to have led the charge to make this common-sense measure permanent," City Council Speaker Corey Johnson said in a statement. "We are grateful Mayor de Blasio heard our calls and is taking action on this issue."

Prior to this announcement, a group of City Council members recently introduced a bill to create a permanent outdoor-dining program.

"I am pleased the Mayor has chosen to make the program permanent and I look forward to working with the administration on legislation to codify it into law," Council Member Antonio Reynoso said in a statement.

Council Member Keith Powers added that "New York City is the culinary capital of the world, and now we get to enjoy that a little bit more while helping businesses stay afloat."