Mayor de Blasio reflects on Eric Garner amid George Floyd outrage: 'I made a mistake' 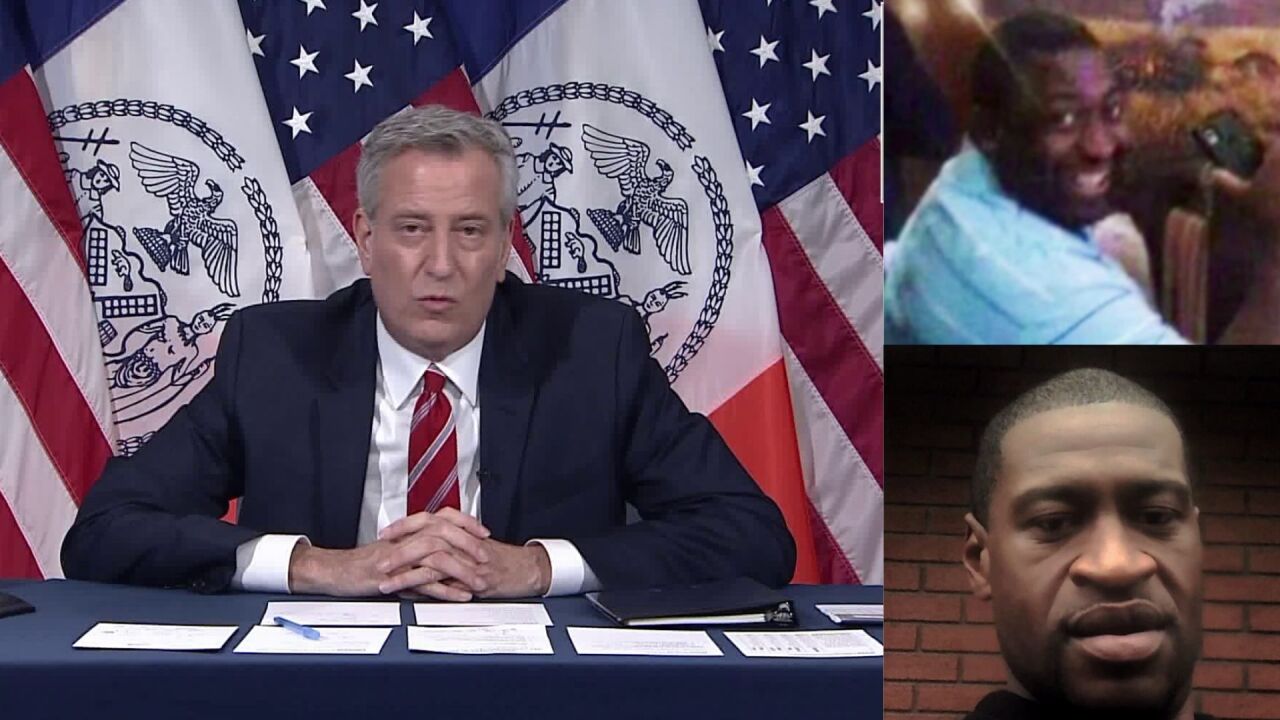 NEW YORK — "We made a mistake. I made a mistake," Mayor Bill de Blasio said Friday, reflecting on Eric Garner and parallels between Garner's death and the killing of George Floyd this week at the hands of police.

"I could not believe the officer's lack of concern," the mayor said during his daily coronavirus briefing.

"I think the authorities in Minneapolis were right to say that this was something that needed to be acted upon immediately, and I have said [that] from this point on in the city of New York, we’re going to act immediately as well. This kind of thing just can’t happen."

Four Minneapolis officers were fired after video footage showed one of them kneeling on the handcuffed 46-year-old Floyd's neck until he became unresponsive. He later died at an area hospital.

The mayor was then asked whether he saw any irony between the two cases and how he wanted “due process to play out” during Garner’s case, versus already asking to have prosecution of the Minneapolis officers.

De Blasio said he wanted to make it clear that “We made a mistake. I made a mistake in believing the Department of Justice would do its job," in regards to justice for Garner.

“When the city took over, there was due process, there was a trial. Our police commissioner made a decision. It was the right decision. The thing I feel very clearly, in retrospect, is we should have ignored the Department of Justice – because what they did was unconscionable in not acting – and just moved ahead. And that’s what we will do from now on.”

Daniel Pantaleo, the officer at the center of the Garner case, was fired from the police department August 2019 — five years after Garner’s death.

Garner died on July 17, 2014, after police attempted to arrest the 43-year-old father of six, who was allegedly selling loose cigarettes illegally on Staten Island, a crime for which he had been previously arrested for.

Former Police Commissioner James O’Neill made the decision to fire Pantaleo after a judge recommended Pantaleo be terminated from the force back. He was suspended after the recommendation was made.

In October, Pantaleo filed a lawsuit against the city to get his job back.