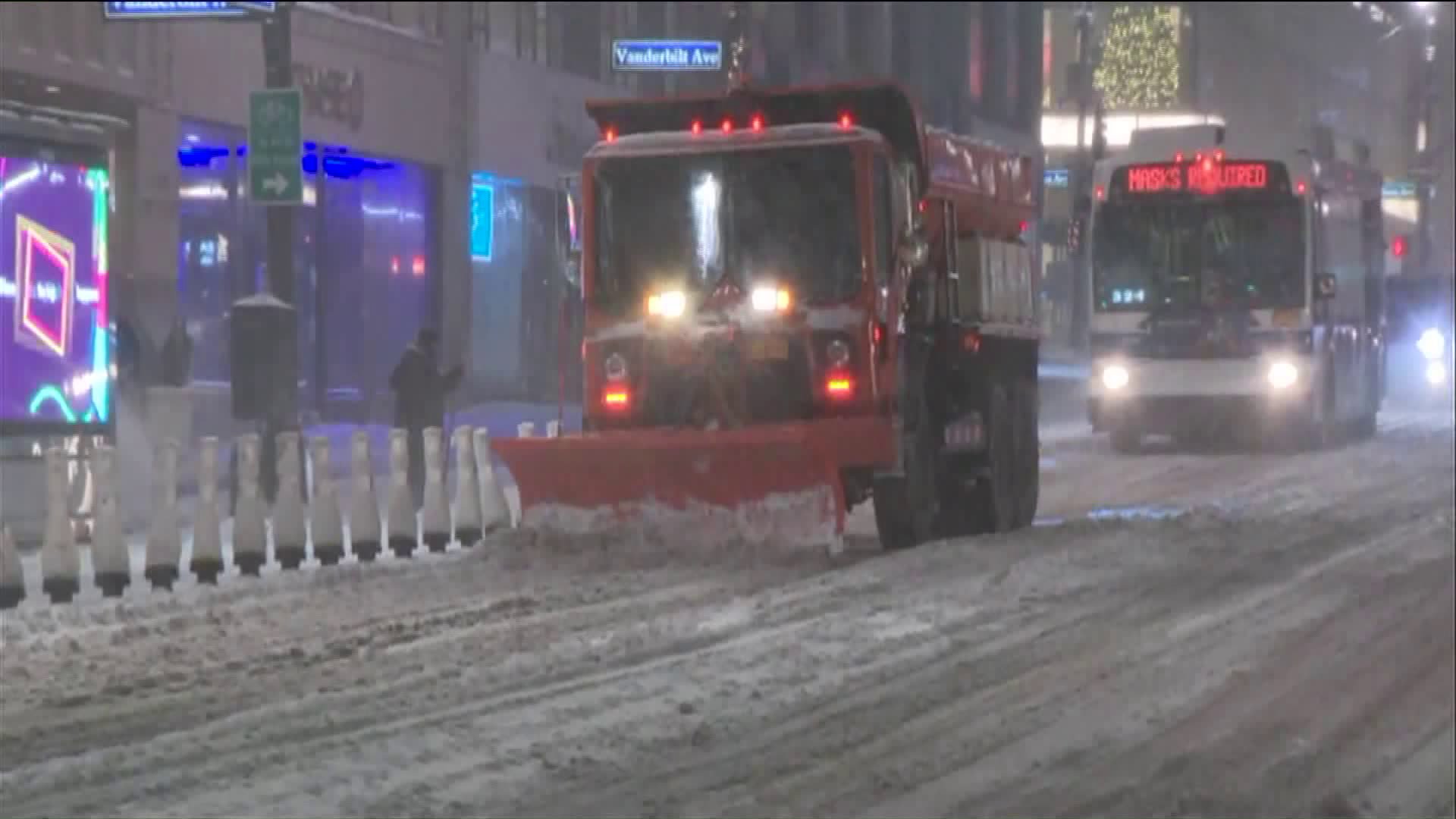 Officials have advised New York and New Jersey residents to stay home and off the roads as much as possible, but mass transit agencies across the area are preparing and shifting service schedules to accommodate those who must travel. 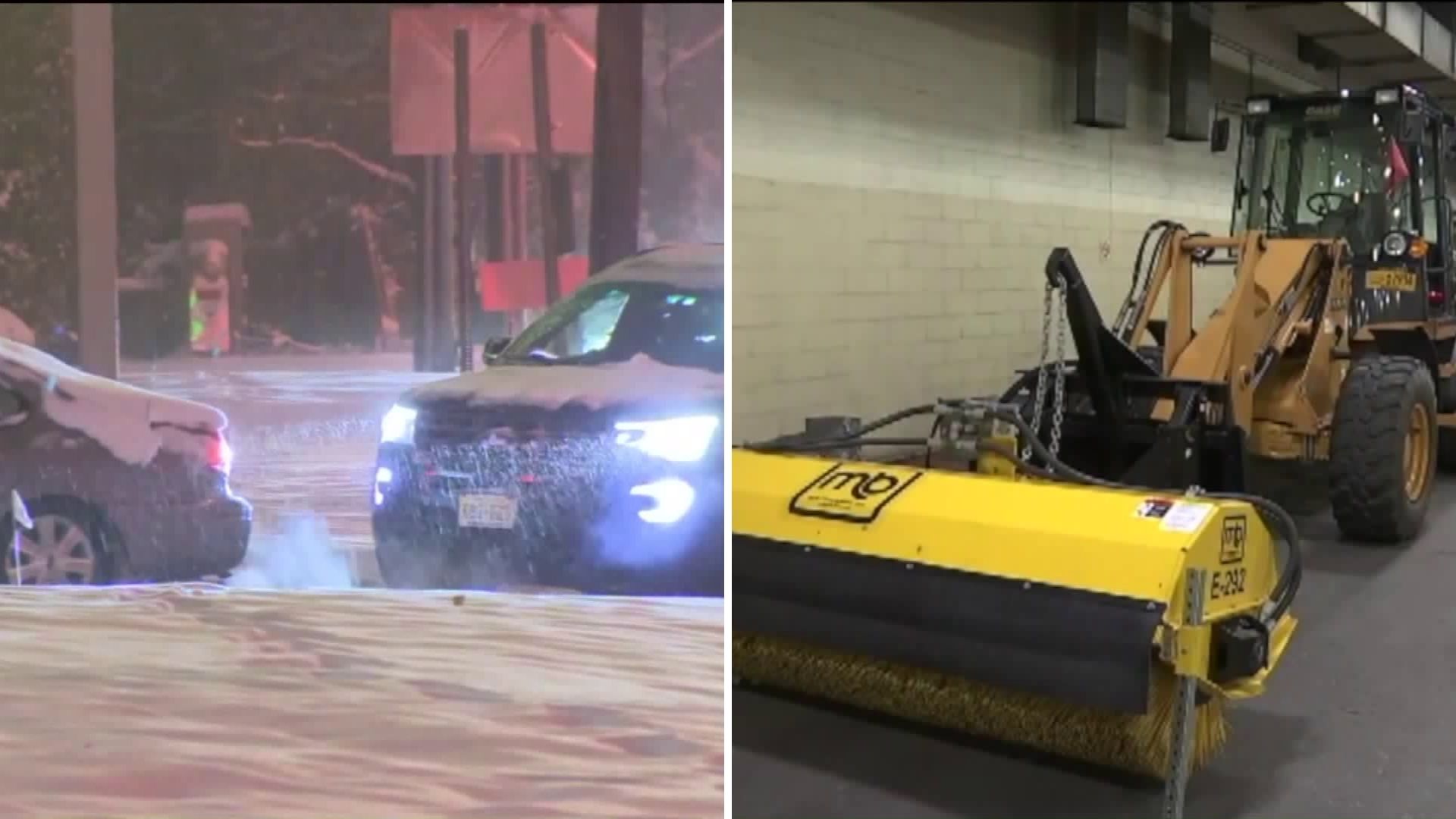 NEW YORK — A major snowstorm is expected to slam the tri-state region Wednesday into Thursday, possibly bringing a foot or more of snow to some areas.

Officials have advised New York and New Jersey residents to stay home and off the roads as much as possible, but mass transit agencies across the area are preparing and shifting service schedules to accommodate those who must travel.

The MTA held a news conference Tuesday to discuss preparations for the storm as snow could impact subway, railroad and bus service.

MTA Chairman Pat Foye asked commuters who need to use the transit system on Wednesday or Thursday to exercise “extreme caution.”

The MTA has activated its 24-7 command center to monitor the storm.

Workers are prepared to spread salt and clear platforms and stairs of snow and ice. Crews are also on standby to clear downed trees and branches from railroad tracks, if necessary, according to Foye.

Interim NYC Transit President Sarah Feinberg said they are preparing for a “Plan 5” event, which indicates the agency’s highest level of snowfall.

Feinberg said NYC Transit, which operates subways and buses in the city, is ready for the storm but warned that some service changes are possible.

By Wednesday evening, several lines experienced at least some delays, including Nos. 1, 2, 3, 4, 5, N, and W trains. Check the MTA's website for specific closures and service changes.

“If we have to limit service in some sections of the system, particularly on our 220 miles of outdoor track, we’re ready to do that so we can avoid stranding trains,” Feinberg said. “And we will restore service as soon as possible.”

Feinberg said express service was canceled from the evening on the PIX11 News at 5.

“We wont have express service, we will be making local stops though that’s just so that we’re continuing to make every stop,” she said.

Buses, meanwhile, are being outfitted with tire chains and 35 “snow fighters” will be deployed to routes with known high traffic areas. Feinberg said they want to avoid suspending bus service “at all costs,” but safety is the top priority.

Subway service shuts down between 1 a.m. and 5 a.m. anyway due to COVID-19 cleaning. Service is expected to resume at 5 a.m., but Feinberg said the final decision will be made likely in the 4 a.m. hour.

Passengers are advised to check MTA.info for real-time service updates.

NYC Ferry will be shutting down all service at 6 p.m. Wednesday in anticipation of very high winds and white-out conditions from the snowstorm.

Riders will be notified via notifications on ferry.nyc, the NYC Ferry app, email, and social media.

Updates on changes in service Thursday will be sent out tonight. Riders are encouraged to check for the latest information before traveling with NYC Ferry.

Citi Bike service has been canceled for the day starting at 7 p.m.

Outside of the city, the Westchester County Bee Line bus service ended at 7 p.m.

The Port Authority bus terminal in Manhattan closed at 6:30 p.m.

NJ Transit is adjusting its schedules in anticipation of the storm. Trains are operating on a Level 2 severe weather schedule Wednesday.

Buses, light rail and Access Link will operate on a regular weekday schedule for as long as weather and road conditions allow.

Trains and buses are cross-honoring tickets on Wednesday and Thursday. NJ Transit passengers are advised to monitor the agency’s website.

Here are some of the issued service adjustments for NJ Transit: