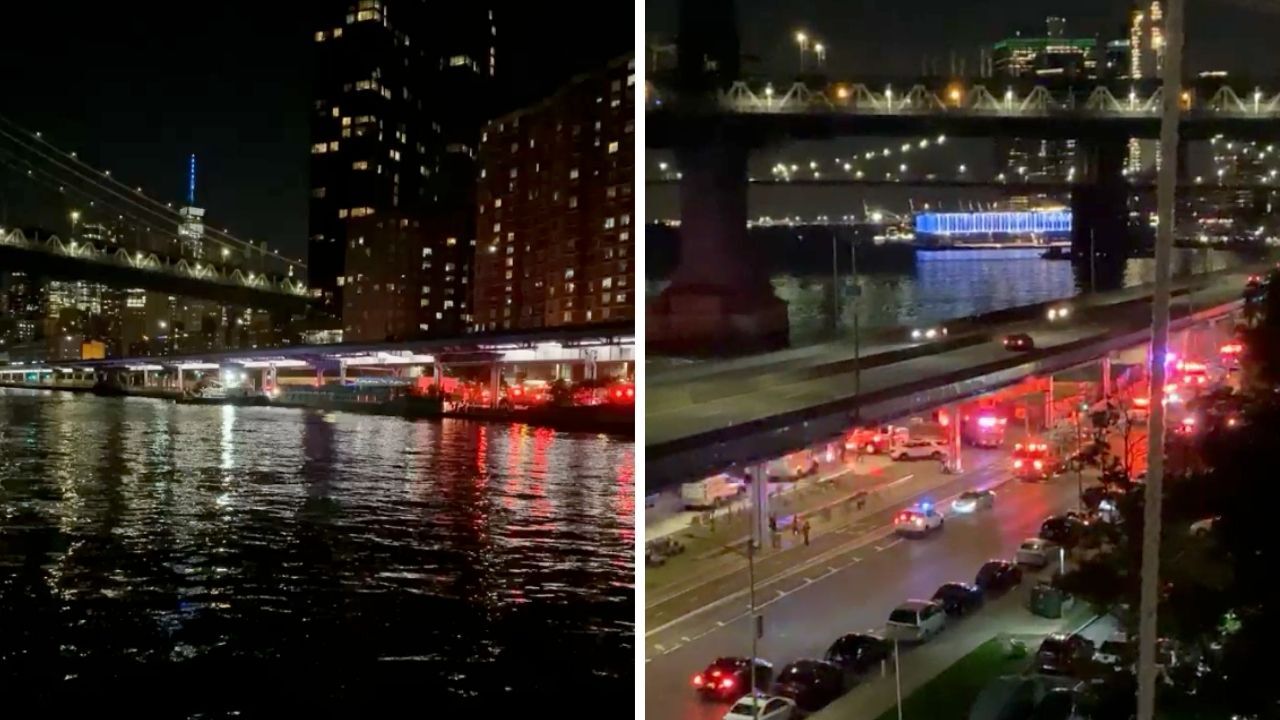 Citizen App
Police say the body of a woman was found floating in the East River, off Manhattan's Lower East Side, late Monday night, July 20, 2020.

LOWER EAST SIDE, Manhattan — The NYPD is investigating after a woman's body was found floating in the East River late Monday night, police said.

According to authorities, officers responded just before 11 p.m. for a 911 call of a woman in the water in the vicinity of South Street and Pier 35 on Manhattan's Lower East Side.

Police said she was removed from the water by the NYPD's Harbor Charlie Patrol and taken to Pier 17.

EMS responded and pronounced the woman dead at the scene.

The medical examiner will determine the exact cause of death as the investigation remains ongoing, police said.