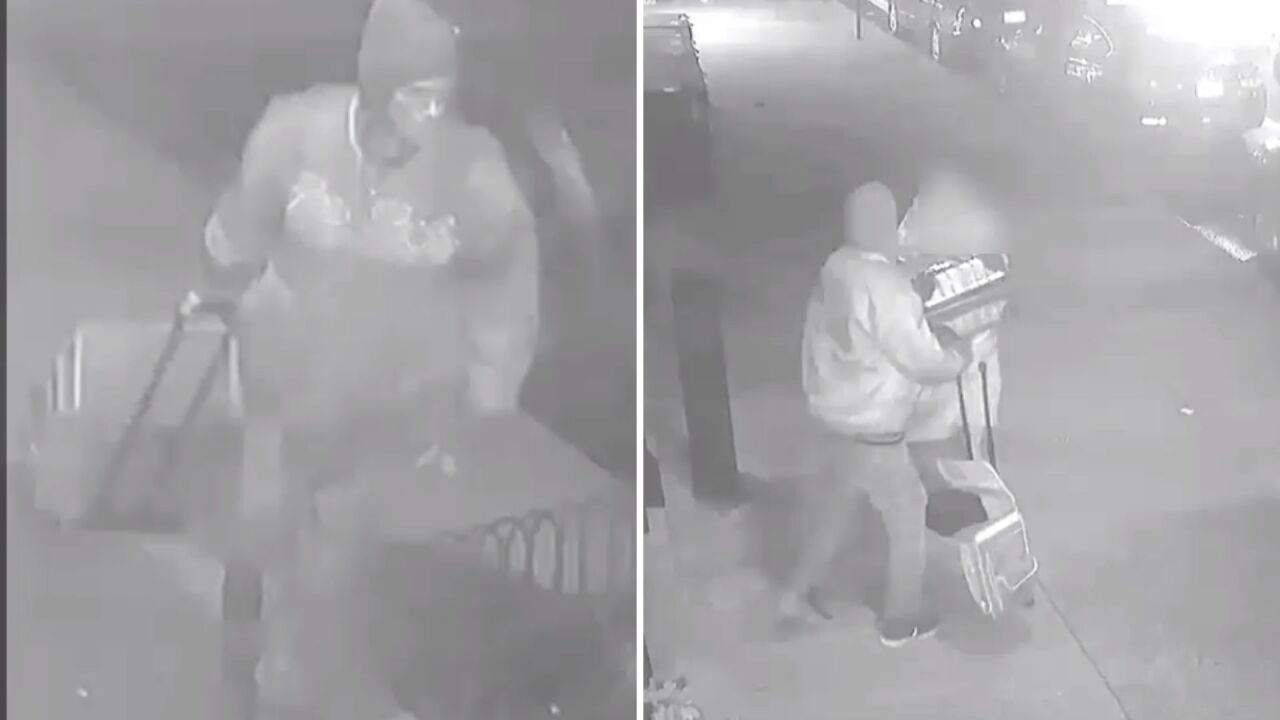 Police obtained surveillance footage of a man accused of attacking a woman with a luggage on New Year&#39;s Day.

HELL'S KITCHEN, Manhattan — Police are looking for the man who struck a 63-year-old woman with luggage in a New Year’s Day attack.

Ester Guzman was walking near her home in the vicinity of 10th Avenue and West 51st Street in Hell’s Kitchen around midnight when a man approached her, police said.

The man punched Guzman in the face, knocking her to the ground. He then struck her in the face with a rolling luggage suitcase before fleeing, according to authorities.

Guzman, who lives in the area where she was attacked, sustained several face injuries as a result, police said.

Surveillance video obtained by police shows the man punch Guzman, who falls to the ground. The woman, who also appears to be holding a luggage, attempts to get up, but is then punched to the ground again.

Warning: This video contains footage that may be graphic to some. Viewer discretion is advised.