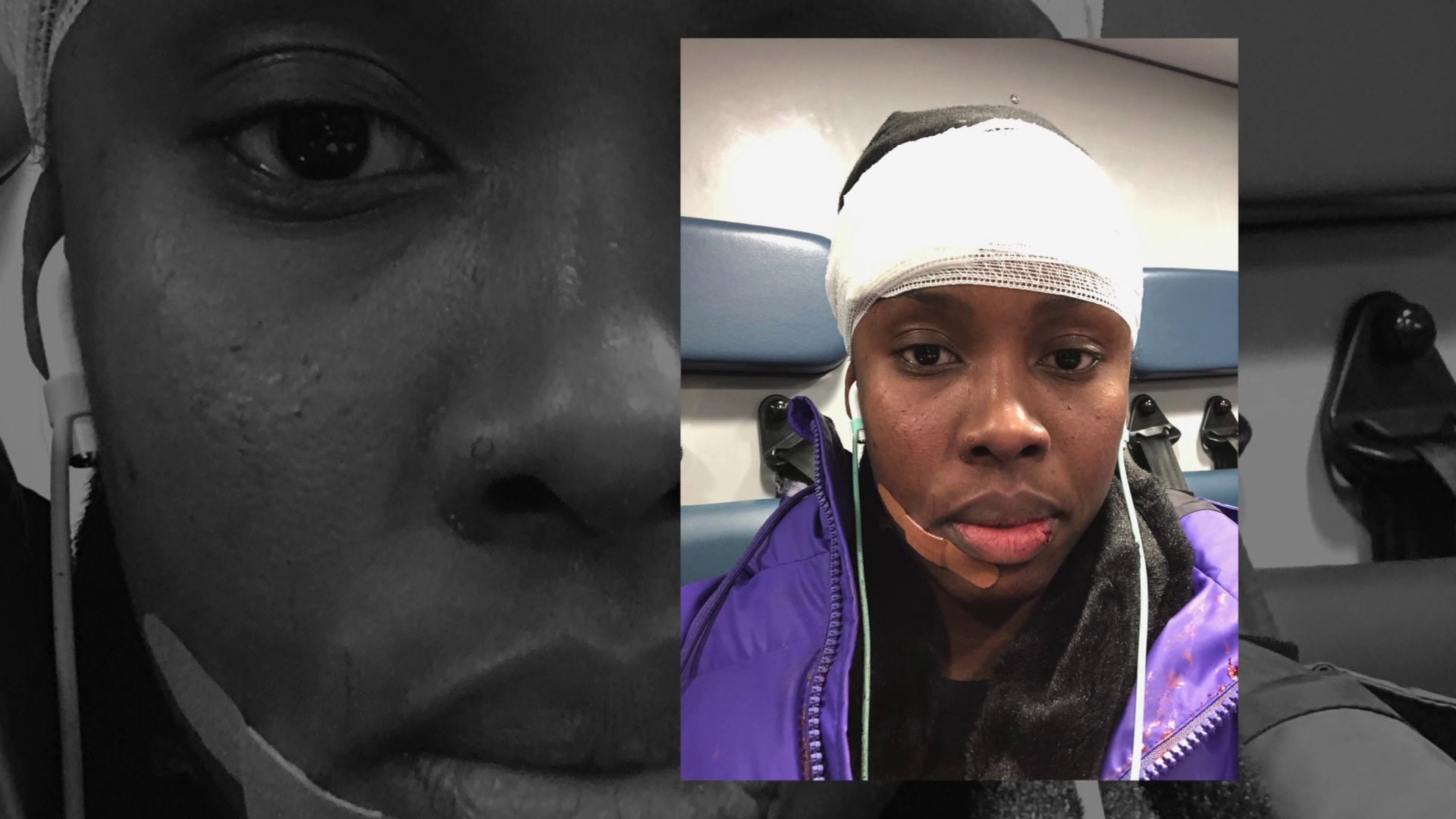 A Brooklyn woman who was randomly attacked at random inside an East Village CVS is speaking out. She said she's concerned she hasn't hear anything from the company.

EAST VILLAGE, Manhattan — A Brooklyn woman is still nursing her wounds a week after she was attacked by a homeless man inside an East Village CVS.

A homeless man ran up to her, punched her and hit her with a metal bar on Dec. 30.

“At that moment, I quickly reacted and I started fighting him," Tricia Lewis said.

He was arrested at a nearby subway station, but Lewis was left with serious lacerations to her face and hand. She was transported to the hospital where she received 11 stitches to her face.

Lewis believes the lack of security at CVS put her in harm's way. She is also upset that CVS never contacted her afterwards.

According to personal injury attorney Marie Napoli, cases like Lewis’ are more common than you think. She said it all boils down to security, especially in an area that has seen an uptick in homelessness.

“There should’ve been more security because they are fully aware of the homeless problem in the area,” Napoli explained. “This was foreseeable.”

A CVS spokesperson told PIX11 the "store's security policies and procedures are designed to ensure the safety of our customers and employees.”

The spokesperson said that CVS had investigated and "determined that all three store employees rendered assistance to our customer.”

PIX11's Andrew Ramos has more in the video above.