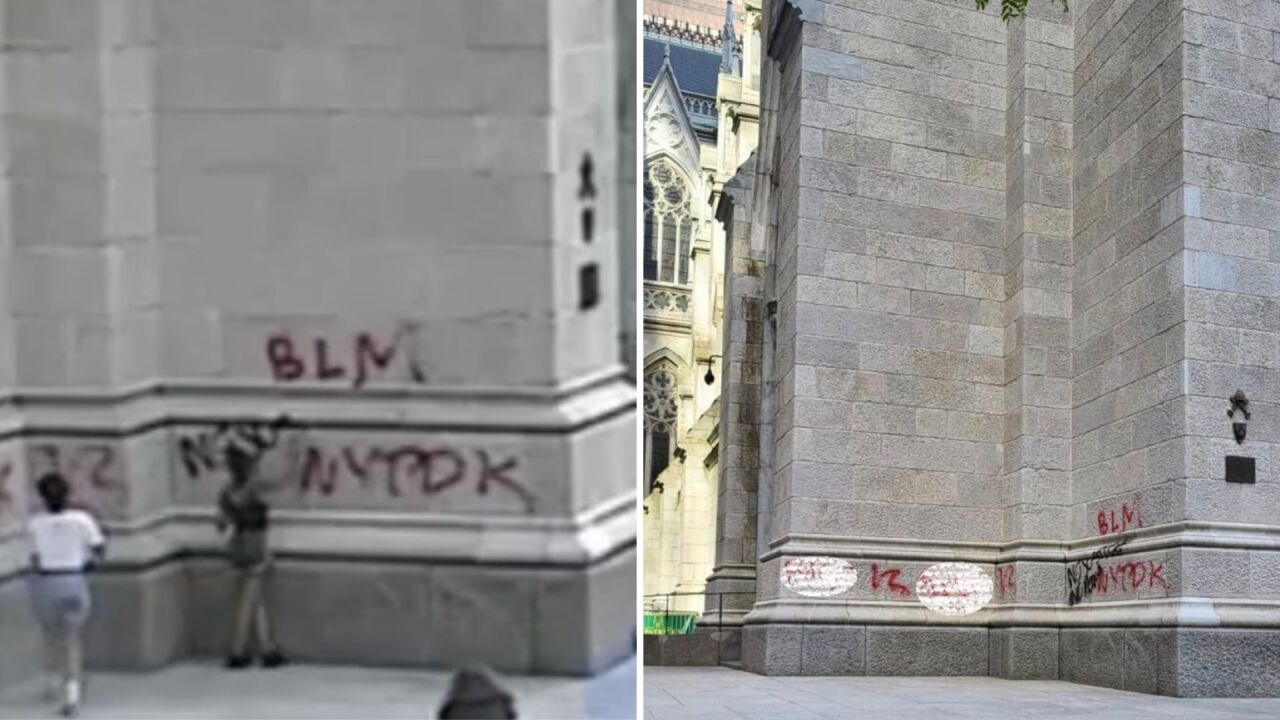 Police source; Twitter / Matthew Breslin
Police are looking for two women who vandalized St. Patrick&#39;s Cathedral on Saturday, May 30, 2020, according to the NYPD.

MANHATTAN — A Queens man was arrested on Saturday for allegedly tagging St. Patrick’s Cathedral with anti-police graffiti, according to the NYPD.

Yadir S. Avila Rosas, 26, is facing charges of criminal mischief and making graffiti in connection with the May 30 incident, police said.

The iconic Manhattan landmark was vandalized with the words “F--k,” “BLM,” and “NYPDK” written in red or black spray paint. BLM is the acronym for the Black Lives Matter movement.

In surveillance video first obtained by PIX11 News, two people can be seen spray painting the facade of the cathedral in broad daylight.

Police said they are still searching for two women in the case.

New York City and other major cities across the country have been besieged by demonstrations for nearly two weeks following the police custody death of George Floyd in Minneapolis.