Thousands march across Brooklyn Bridge in support of Jewish community 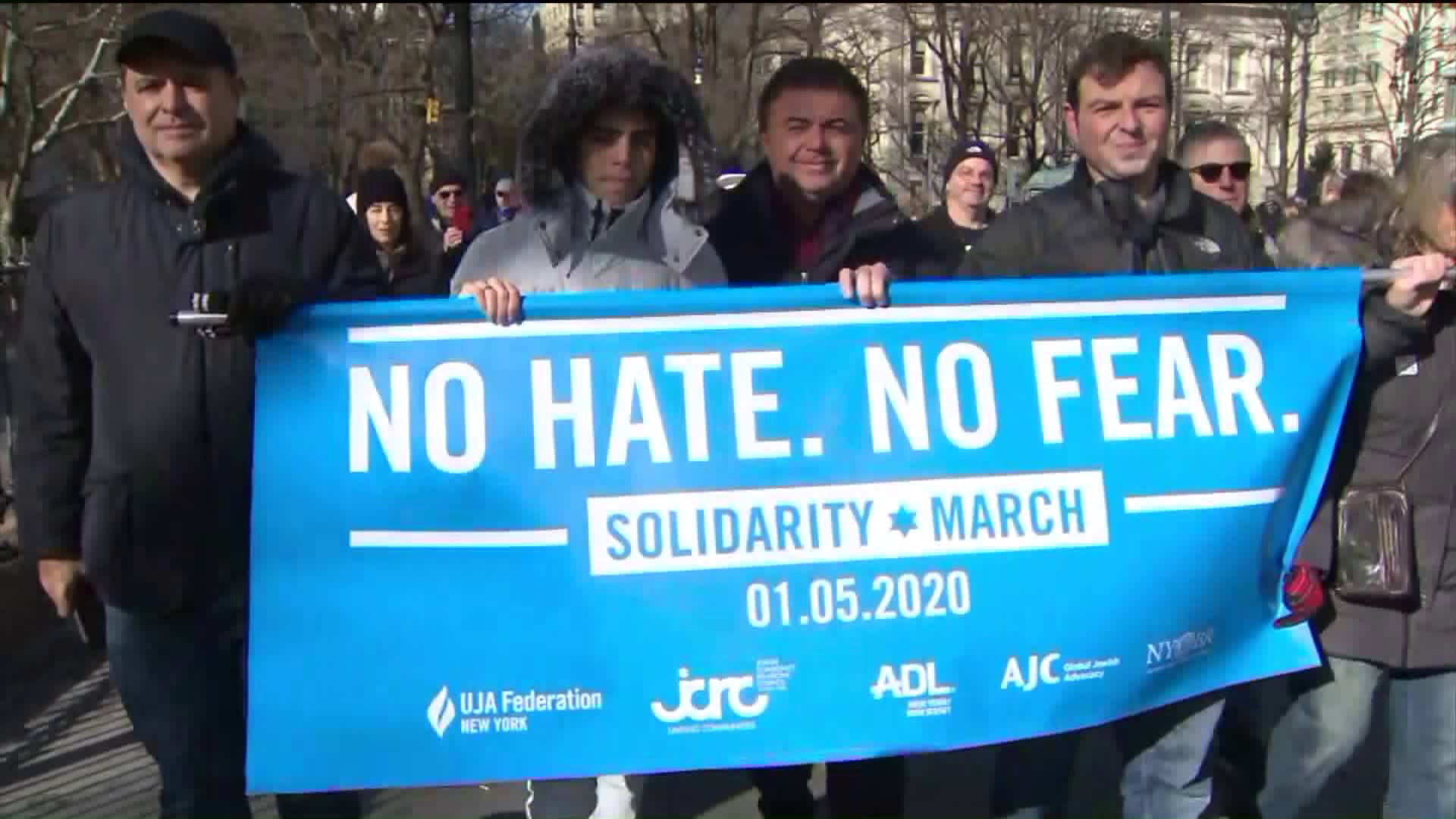 Throngs of demonstrators including city and state elected officials streamed across the Brooklyn Bridge in a solidarity march against anti-Semitism and all acts of hate. 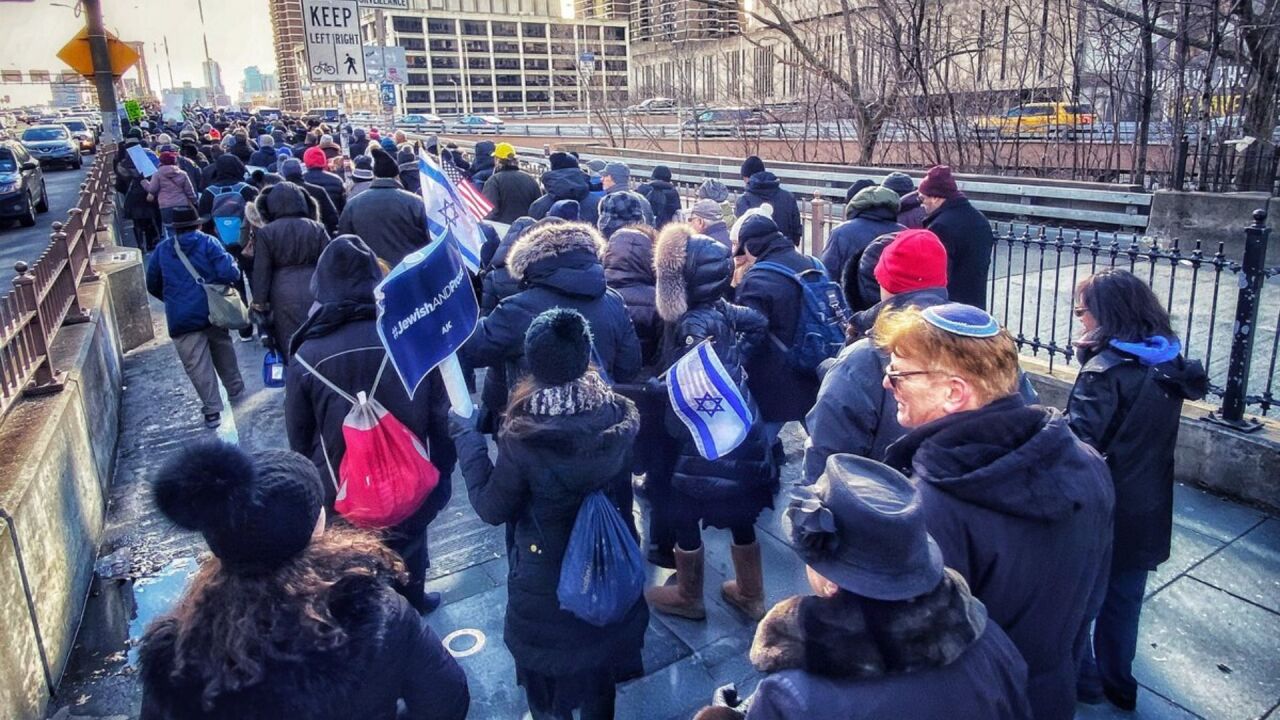 LOWER MANHATTN — Thousands of protesters marched across the Brooklyn Bridge Sunday in support of New York’s Jewish community amid a recent rise in anti-Semitic crimes in the tri-state area.

Watch our live video from earlier today of marchers making their voices heard and denouncing hate.

The “No Hate. No Fear.” solidarity march kicked off at 11 a.m. in Lower Manhattan's Foley Square, with participants making the trek across the iconic bridge in a show of solidarity.

According to the NYPD, about 25,000 marchers turned out for Sunday's show of support for the Jewish community.

The procession ended with a rally at Cadman Plaza in Downtown Brooklyn.

The massive event comes after last weekend’s stabbing attack at a Hanukkah celebration in Monsey.

Grafton Thomas is accused of violently attacking several people inside a rabbi’s Rockland County home as they were taking part in Hanukkah festivities. At least six people were stabbed.

Since the Monsey incident, the NYPD and local officials announced plans to combat the increase in anti-Semitic attacks, including additional police officers on patrol, neighborhood coalitions being formed and added curriculums on hate crimes at New York City schools.

For more information on the march, visit the UJA-Federation of New York's website.