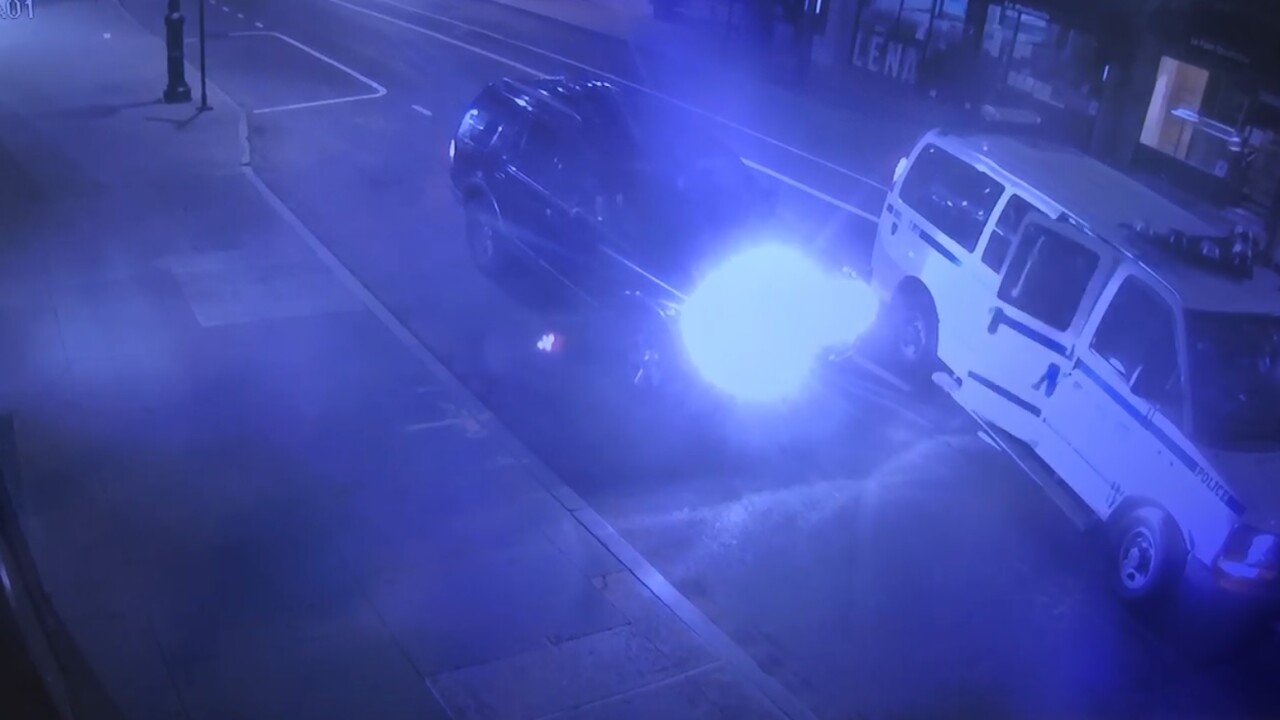 Police sources
An NYPD officer was hit by a vehicle while chasing alleged looters in Manhattan on Monday, June 1, 2020, police sources said.

Police in the area had been trying to contain a night of looting of high-end stores in SoHo after a day of relatively peaceful protests in Manhattan, Brooklyn, and Queens, sources said.

#EXCLUSIVE This video shows alleged looters on Fifth Avenue hitting #NYPD officer with their SUV, when police van tried to stop getaway at 3:30 am. This was near E. 8 St, after peaceful daytime protests ended and looters hit fancy stores. Out of town plates. pic.twitter.com/sSxgUvCuWh

The surveillance video shows a number of people running south on Fifth Avenue, some with packages in their hands. At least two people get into the SUV.

Seconds later, a marked NYPD van moves in and tries to block the SUV, which has out-of-town license plates, the video shows.

The officer gets out of a middle door, near the SUV’s driver side, and is hit when the SUV lurches forward, the video shows.

The SUV then leaves the scene and another officer gives chase on foot.

The officer suffered a minor injury to his leg and was taken to NYC Health + Hospitals/Bellevue in stable condition, police said.

No arrests have been made, according to police.