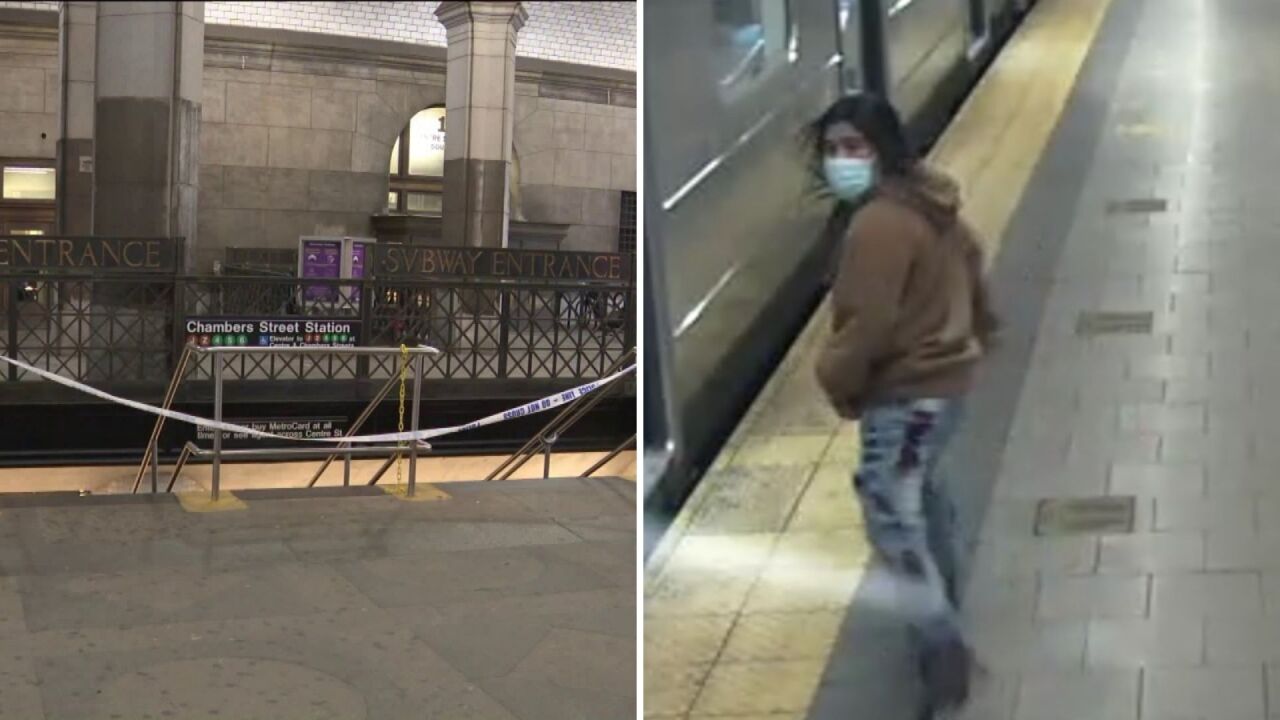 NYPD
Police are looking for this man in connection with a deadly stabbing inside a Manhattan subway station on Oct. 3, 2020, according to the NYPD. 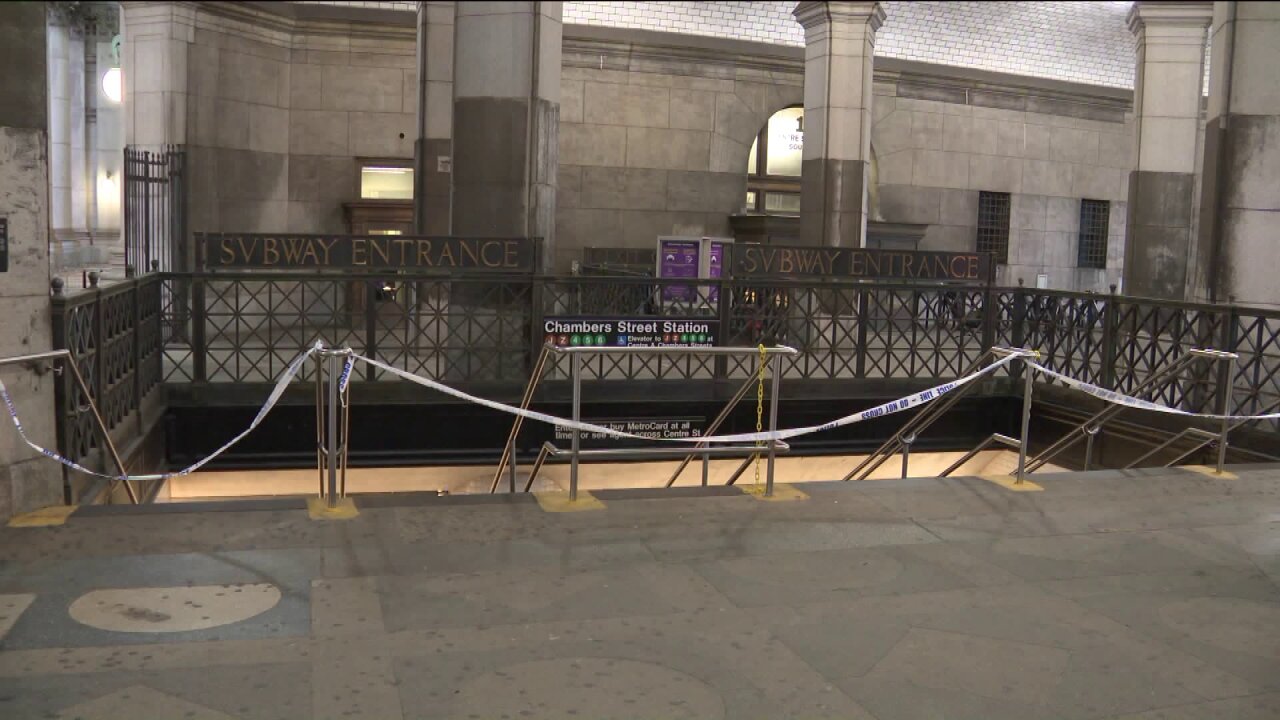 MANHATTAN, N.Y. — Police released a photo and video Sunday of a suspect wanted in a fatal stabbing inside a Manhattan subway station.

Officers and first responders were called to the J, Z platform at the Chambers Street station just before 3 p.m. Saturday, according to police.

A man was discovered unconscious and unresponsive with multiple stab wounds to his legs, police said. He was taken to a hospital, where he was pronounced dead.

Do you recognize him? Police are looking for this man in connection with a fatal stabbing inside a Manhattan subway station

The victim, believed to be in his 20s, had gotten into an argument with the suspect before the stabbing, according to authorities.

The victim's identity was withheld by police until his family could be notified.

Police described the suspect as a man with long black hair who is believed to be about 30 years old and is roughly 5'5" tall and 150 pounds.