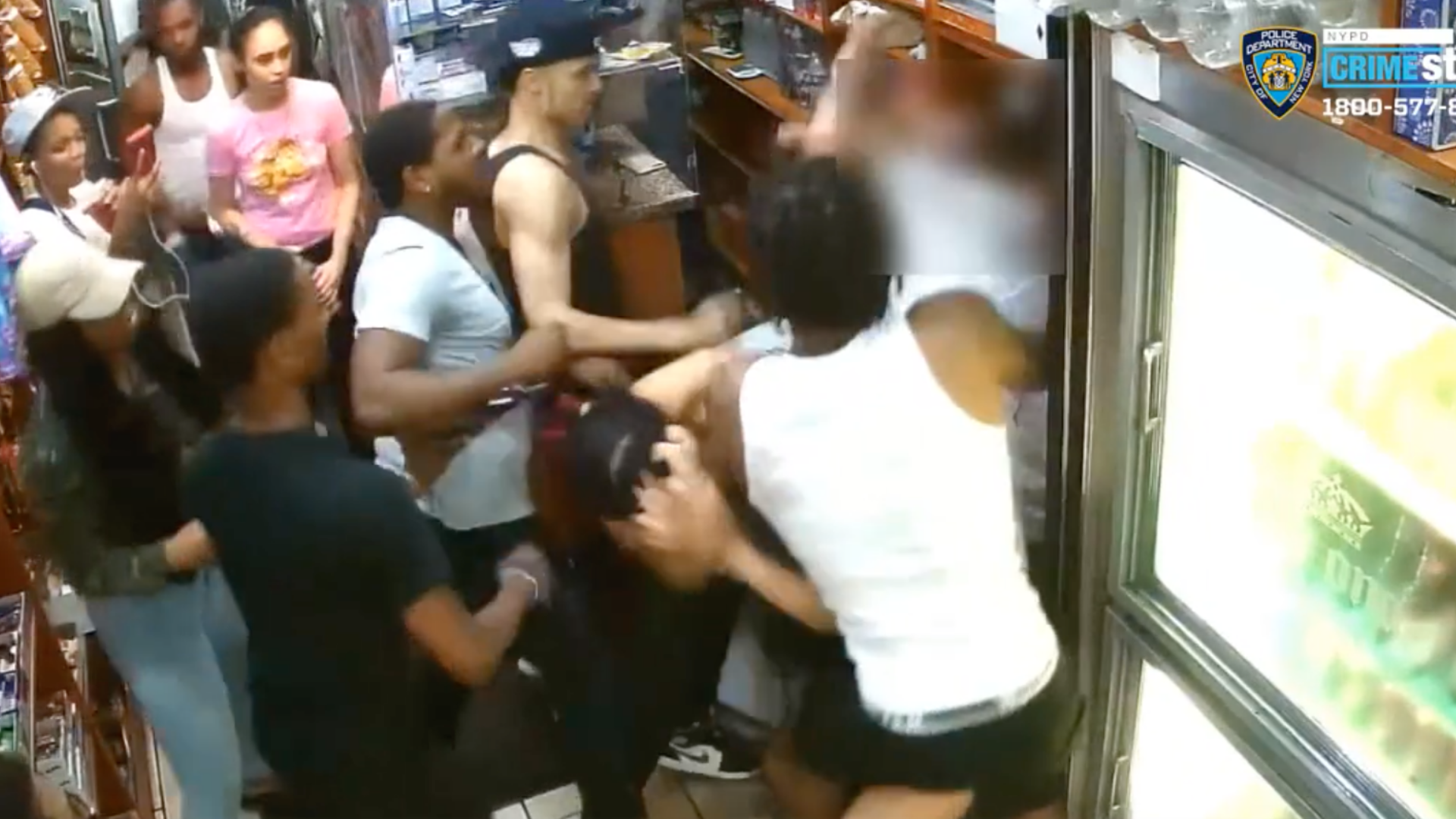 A group beat a man and his daughter in a Washington Heights deli, knocking the dad out, police said Thursday. 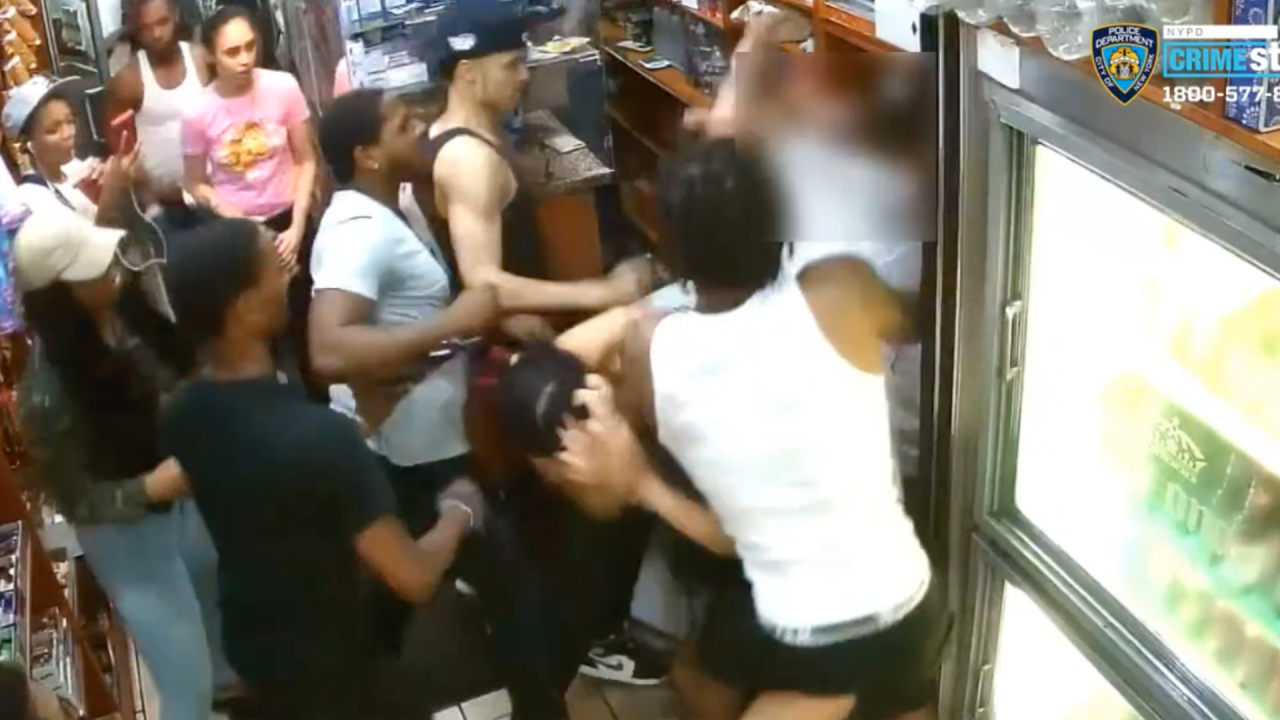 WASHINGTON HEIGHTS, Manhatan — A group beat a man and his daughter in a Washington Heights deli, knocking the dad out, police said Thursday.

The 22-year-old daughter was punched, kicked and struck in the head with beer bottles inside the Amsterdam Avenue store on July 7 around 11:15 p.m., officials said. Video shows an attacker open a fridge and grab a beer bottle during the assault.

Attackers knocked the 41-year-old dad to the ground where he was kicked repeatedly.

The group took a 39-year-old woman's cell phone when she tried to call police.

Emergency medical services rushed the dad to the hospital for treatment. His daughter was treated at the scene.