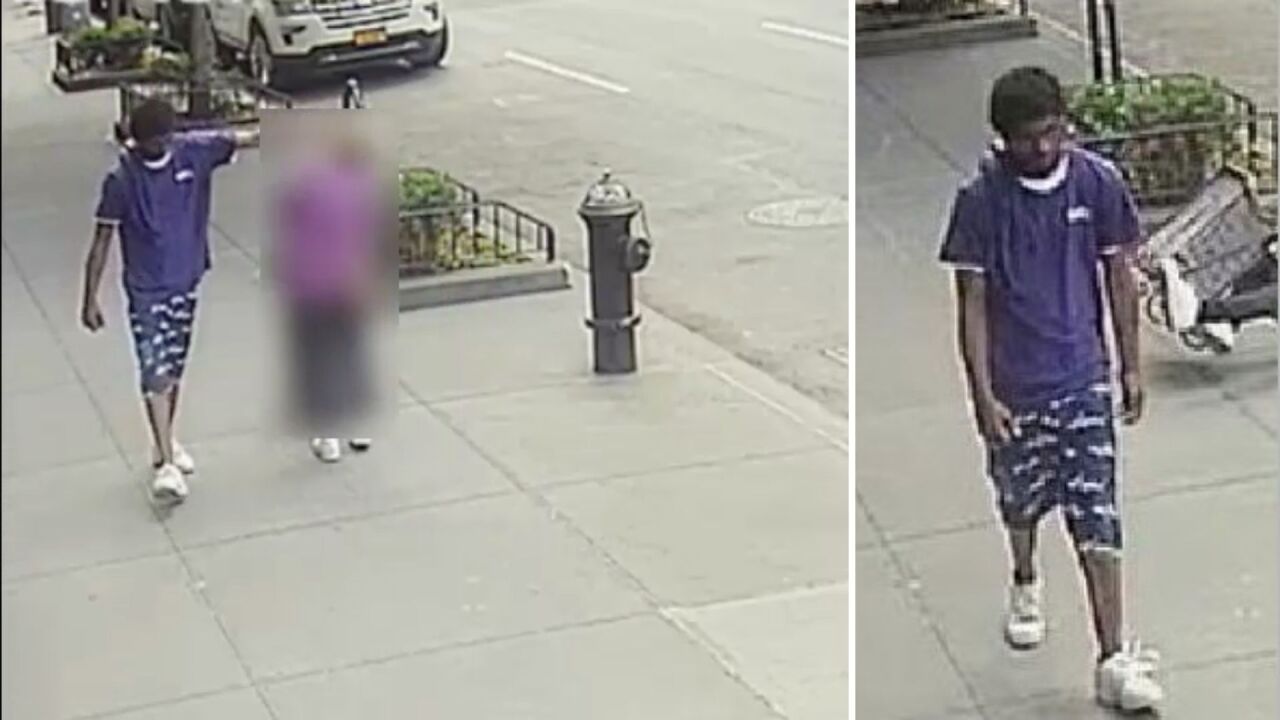 NYPD
Police released images of the suspect who shoved a 92-year-old woman, causing her to fall and hit her head on a fire hydrant.

GRAMERCY PARK, Manhattan — Police took a man into custody after a 92-year-old woman was shoved and hit her head in an apparent random attack Manhattan earlier this month.

Rashid Brimmage was arrested Tuesday afternoon. The 31-year-old man faces a charge of assault, according to authorities.

The incident happened on June 12 just before 3:30 p.m. along Third Avenue between 15th and 16th streets in Gramercy Park, police said.

Surveillance video released by police showed the suspect shove the woman as she walked past him on the street.

Police are searching for the man who shoved a 92-year-old woman, causing her to fall and hit her head on a hydrant. https://t.co/NySheS1Rm1 pic.twitter.com/AkzFPBSW81

The woman fell to the ground and struck her head on a fire hydrant, police said.

She was taken to the hospital for treatment.