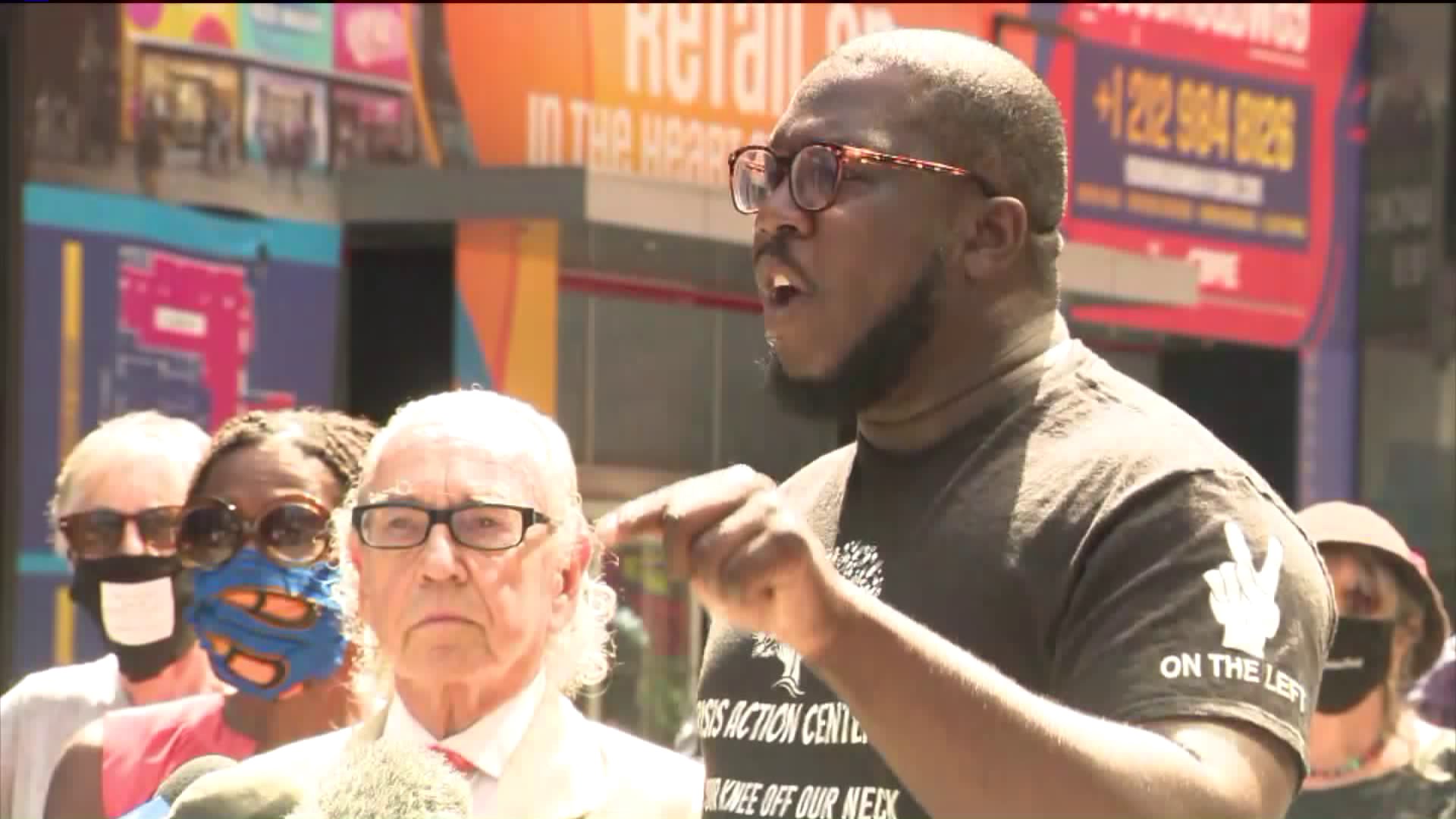 “We call for the district attorney's office to open up a criminal investigation and we want to make sure they are held to the fullest extent of the law,” McCall said.

There still haven’t been any arrests, something very disturbing and hurtful to Peter Kerre, co-founder of Street Riders NYC, who managed to not get hit.

“As we began mobilizing to help protect the marchers and help lead them out of Times Square, the bikes would be in front and that's why as soon as they stepped out of the street,” the driver rammed through the crowd, Kerre said.

The driver hit several who were demanding justice for Daniel Prude, the latest Black person to die at the hands of police.

“It was pandemonium at the moment, everyone was running all different directions no one knew what was happening,” Kerre said. “What hurt more after the incident happened, police showed no interest in even attempting to help anyone who was injured, to go after the vehicle.”

But Juliet Germanotta, who has been taken into custody multiple times for pouring paint over the Black Lives Matter mural outside of Trump Tower in Midtown told PIX11 News Friday she was inside of the car.

"The protesters got on 46th Street, blocked us in, started trying to open the car, hitting the car," Germanotta said. "The driver tried to get us through to safety."

With two very different stories into what happened that night, the NYPD says there is an investigation underway. Local leaders are calling on the district attorney’s office to get involved.

“We want justice criminal charges, but we also want the NYPD held accountable for their actions.”

Thankfully no one was seriously hurt, but victims do want to see criminal charges brought against the driver. We’re told three additional victims will also be coming forward. The NYPD has yet to respond to a request for comment.