Upper West Side rally held for homeless in hotels 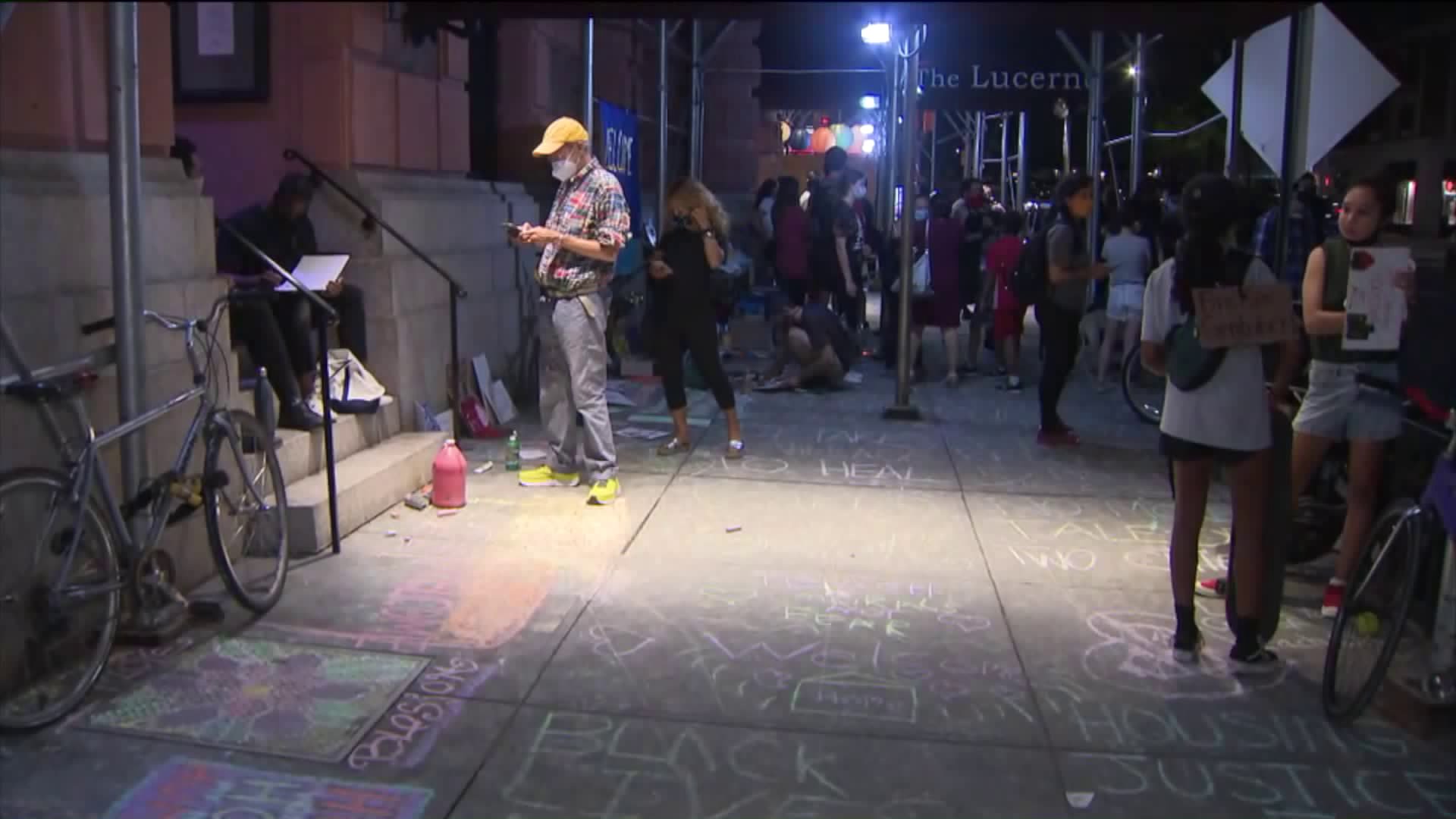 The Upper West Side community is rallying on behalf of homeless living in local hotels.

UPPER WEST SIDE, Manhattan — It’s called the Open Hearts Initiative, an art project and sleep out at the Lucerne Hotel to show support and concern for the homeless men who recently were placed in three luxury hotels in this neighborhood.

“All it takes is a hand to reach out,” Roberto Mangual, a homeless resudent if the BelleClaire Hotel, told PIX11 News.

Mangual is one of the 700 men moved into three luxury hotels by the city last month because of COVID-19 concerns in overcrowded city shelters and he says he’s touched by this initiative, where dozens of Upper West Siders gathered to sleep out, creating art and making chalk drawings on the sidewalk.

“It’s a symbol to the community and to the residents,” Heather Gunn-Rivera, the co-founder of Upper West Side Open Hearts Initiative, told PIX11 News. “To show them there’s a safe, equitable and compassionate voice on the Upper West Side.”

The gathering is in response to the Facebook group, Upper West Siders for Safer Streets, with more than 12,000 members and a newly created group, the West Side Community Organization which now has a GoFundMe page raising more than $100,000 to pay for lawyers to sue the city if Mayor Bill de Blasio doesn’t come up with a timetable to move the homeless out quickly.

“I hope you feel ashamed,” Rebecca Wallace-Segal, an Upper West Sider who brought her two daughters with her, told PIX11 News. “They should take that $100,000 and give it to the homeless for programs, to get good and rebuild their lives,” she said.

The West Side Community Organization issued a statement saying, in part, they welcome the Open Hearts Initiative to draw attention to the plight of the homeless... “but we must be clear the city has created a dangerous situation by putting these men here with so little apparent planning.”

And Some Upper West Siders agreed.

“This is a safety issue,” said Cheryl Warfield. “The problem is there was not enough planning for all of this to take place and luxury hotels are not the right place to provide services they need."

The sleepout ends at 6 a.m. but organizers say this is just the beginning of their protests to support the homeless.