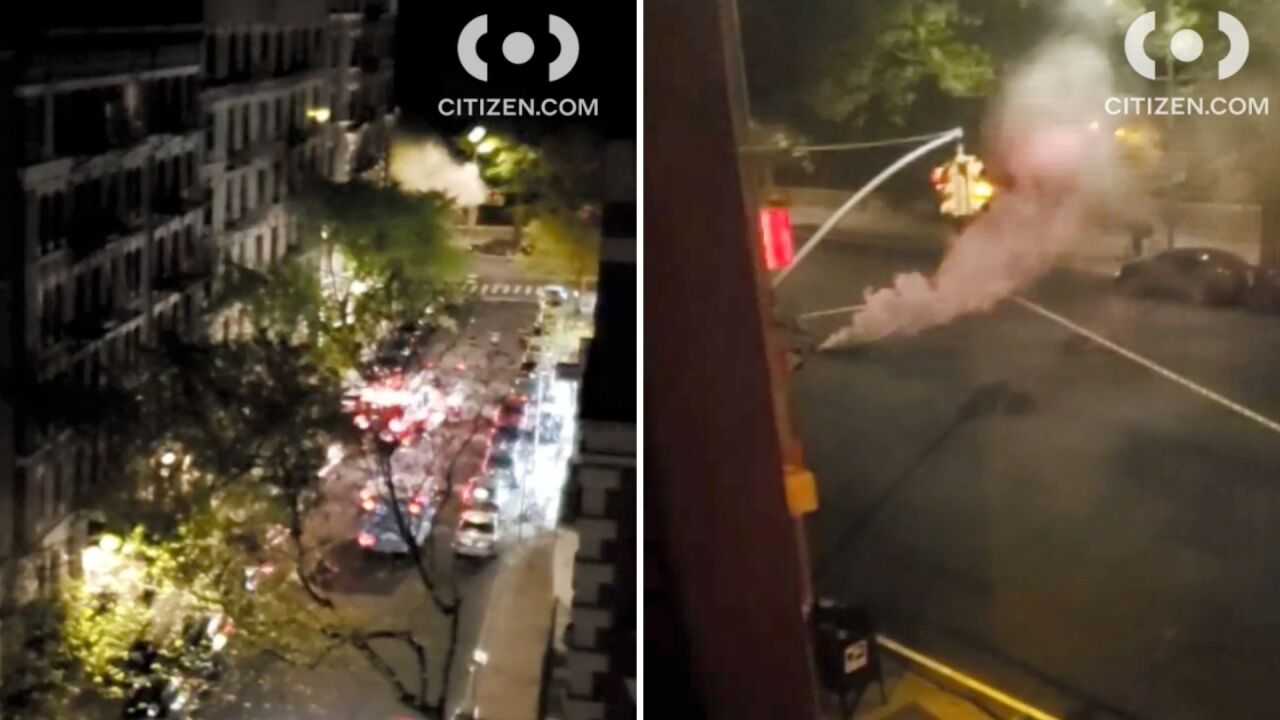 UPPER WEST SIDE, Manhattan — A manhole explosion early Monday on Manhattan's Upper West Side resulted in hundreds of customers losing power and a stretch of Central Park West being closed to traffic.

Con Edison said around 4 a.m. that crews were investigating at the scene of the incident, near the intersection of Central Park West and West 108th Street.

As of around 9:25 a.m., Con Ed's outage map reported 611 customers without service. The estimated time of restoration is now 3 p.m. Monday, according to the website.

just after 5 a.m. New York City Emergency Management said the FDNY was on the scene and all lanes of Central Park West were closed in both directions between West 106th and West 109th streets.

The cause of the explosion is not clear at this time.

Videos from the Citizen App showed smoke billowing out of nearby maintenance holes after the explosion.