Thousands gather at the Apollo to celebrate MLK's legacy 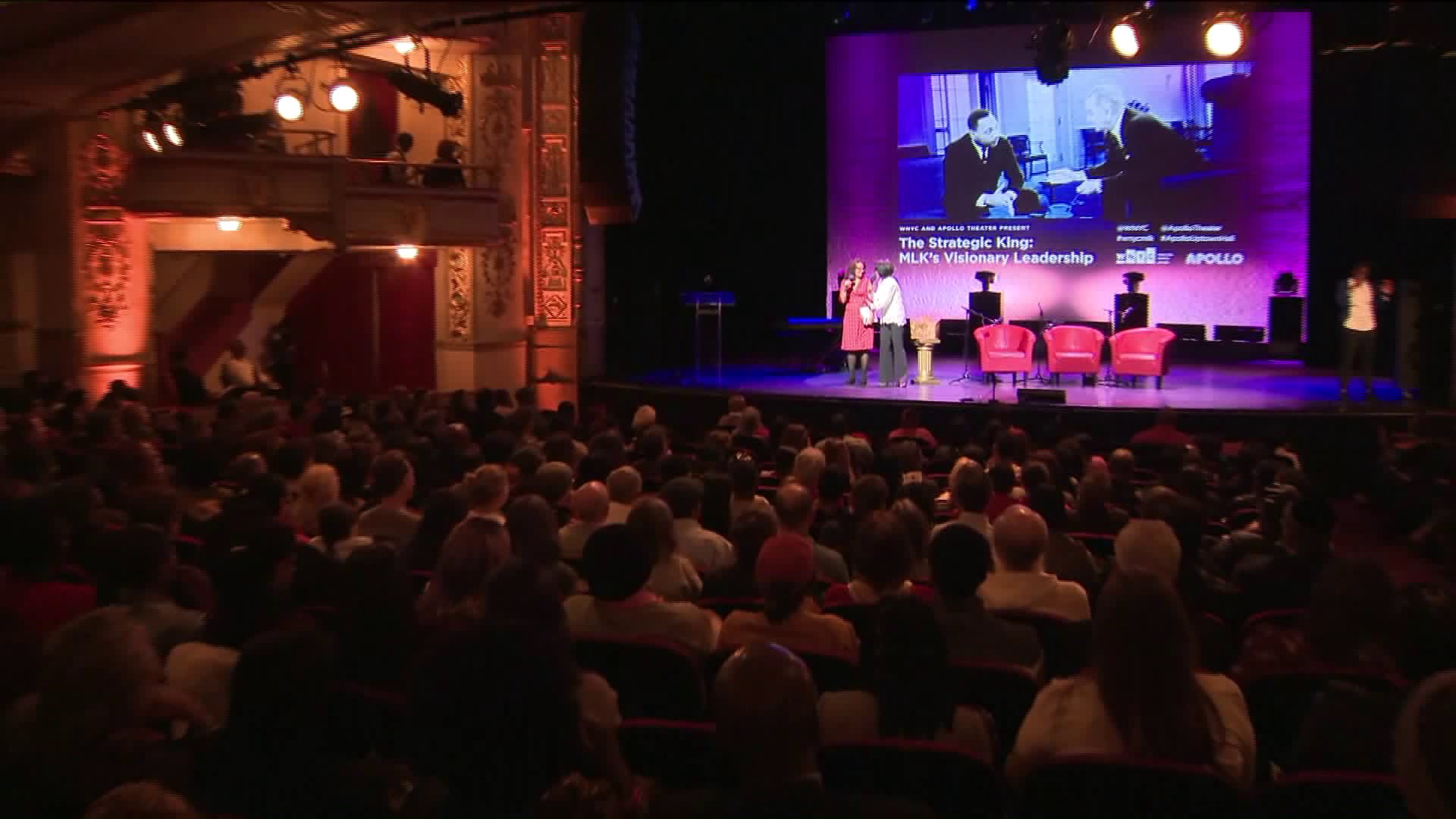 HARLEM, Manhattan — A week from Monday, this country will celebrate Martin Luther King Junior on the federal holiday to honor the slain civil rights leader.

But in Harlem, thousands gathered Sunday to ponder his legacy a week ahead of time.

The line formed on 125th Street hours before the doors opened for a free, sold-out event at the Apollo called “The Strategic King: Martin Luther King’s Visionary Leadership.”

Smith, his wife, Denise and their 10-year-old daughter drove down from Hartford.

“He helped a lot of people to rise up and fight for their rights and fight for what they believe in,” 10-year-old Joy Smith said. "I think that is really important she added.

For many, it was a chance to learn more about Dr. King, a week before the federal holiday.

“I finally found a way to honor the holiday in a way that’s meaningful and forward looking,” Claudia Mausner, a woman waiting to get into the Apollo, told PIX11 News. “And you look at this crowd and it is a wonderful combination of people."

This year’s event centered on Dr. King’s skillful use of the media to influence politicians and help pass key legislation in the 1960s civil rights movement

It begged the question: if Dr. King were alive today, what would he be doing?

“Dr. King was outspoken. He was a quick study,” Brenda Williams-Butts, the event‘s executive producer, told PIX11 News. “He would know how to have a conversation with Donald Trump, our president."

Attendee Denise Smith compare history to a living thing that needs to be studied.

“We should always contemplate what happened in the past,” Denise Smith, an audience member, told PIX11 News. “So that we bring forward the good lessons and make changes for things that are incomplete. As my husband says, 'There is still work to be done.'"

The Strategic King: MLK’s Visionary Leadership program will be rebroadcast to more than 300 radio stations across the country on Jan. 20.