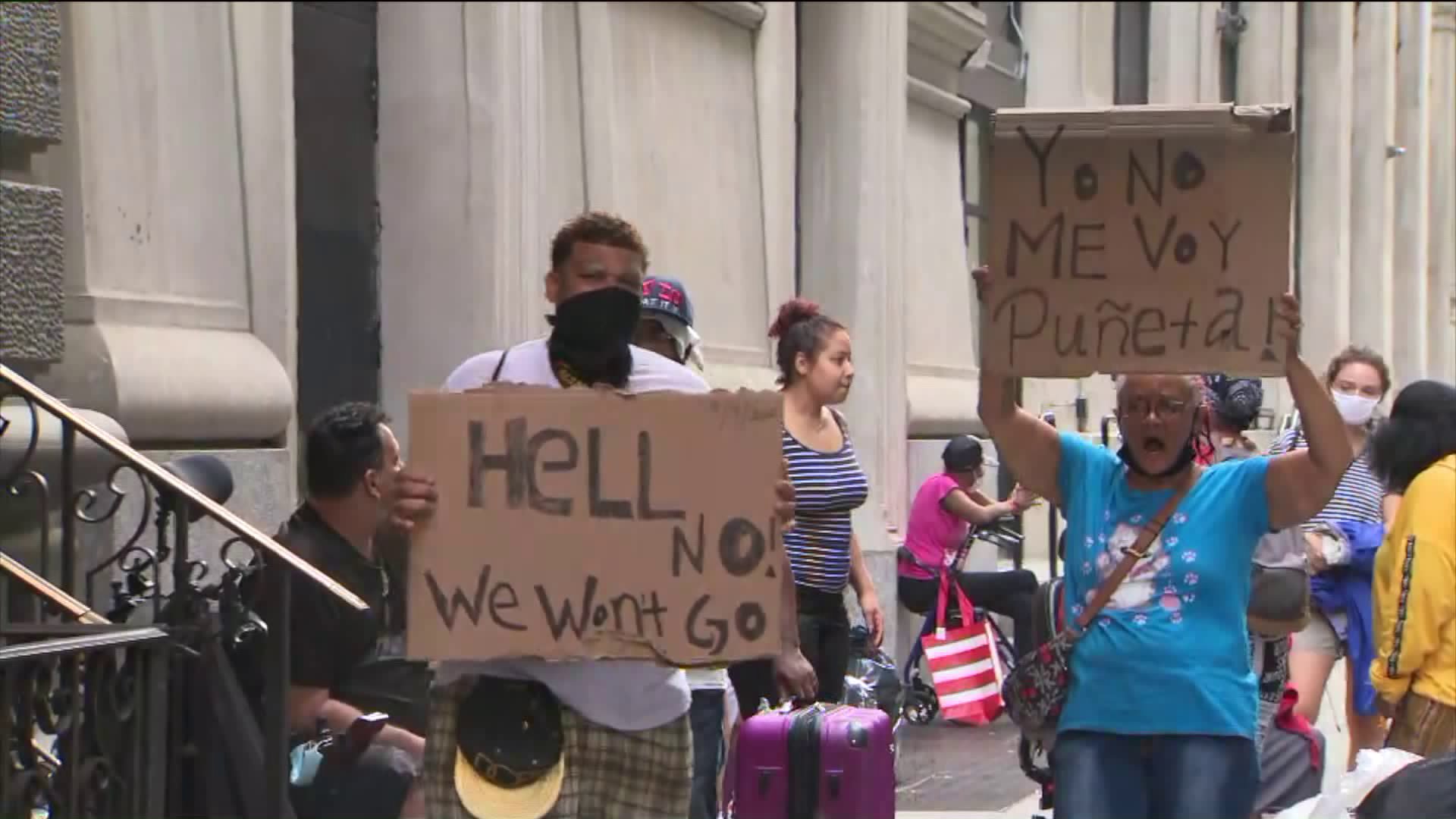 Garbage bags filled with residents belongings are now stacked two and three high on the curb in front of the Harmonia homeless shelter in Chelsea. 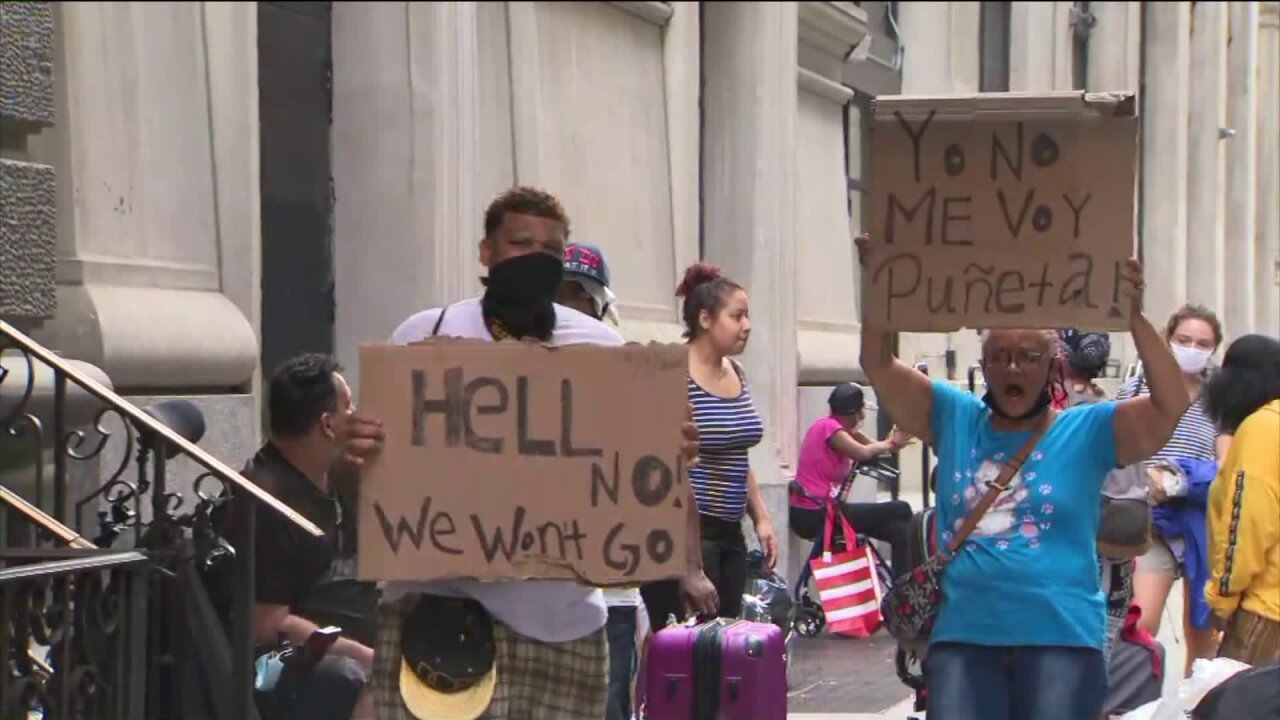 UPPER WEST SIDE, Manhattan — Garbage bags filled with residents belongings are now stacked two and three high on the curb in front of the Harmonia homeless shelter in Chelsea.

But there are no more school buses or distraught faces for now, the result of a temporary victory scored by New York City’s often voiceless population, the homeless residents of a shelter who chose to stand up to City Hall.

“They thought we wasn't gonna do nothin'," said Harmonia Shelter resident Vilessia Salley. "I'm glad they did what they did. Everybody was here for us, for family. I like that."

If you recall, this mess began with DHS’ previous decision to relocate almost 300 homeless men from the Lucerne Hotel on Manhattan’s Upper West Side.

But residents of that affluent neighborhood complained about a spike in crime, a dip in their quality of life, and a lack of social services for their new homeless neighbors.

Mayor Bill de Blasio earlier this week ordered the men to be moved and DHS then decided to transfer the 300 homeless men to the Harmonia and that decision led to the displacement of some 150 homeless adult families who have been living here with social services.

“They told me today, my case manager, she told me this afternoon, she told me and my son that they're sending me to where oxygen is already there," said another Harmonia resident.

"The mayor's decision to capitulate to the intolerant, ignorant and frankly racist voices of a vocal and well-heeled minority on the Upper West Side was exactly that, a politically motivated directive that ignores the facts, ignores the science and puts the lives of the most vulnerable New Yorkers at risk," he said.

Several elected officials from the Upper West Side ventured downtown to Chelsea Friday for a news conference in front of the Harmonia to make it clear they did not support the de Blasio administration’s full clear out of the Lucerne, or the forcing out of Harmonia’s residents.

“Now we have the people at this shelter here, who desperately need to stay," said UWS Council Member Helen Rosenthal. "We've heard about them over and over and the horrible ripple effect is now they have to leave too."