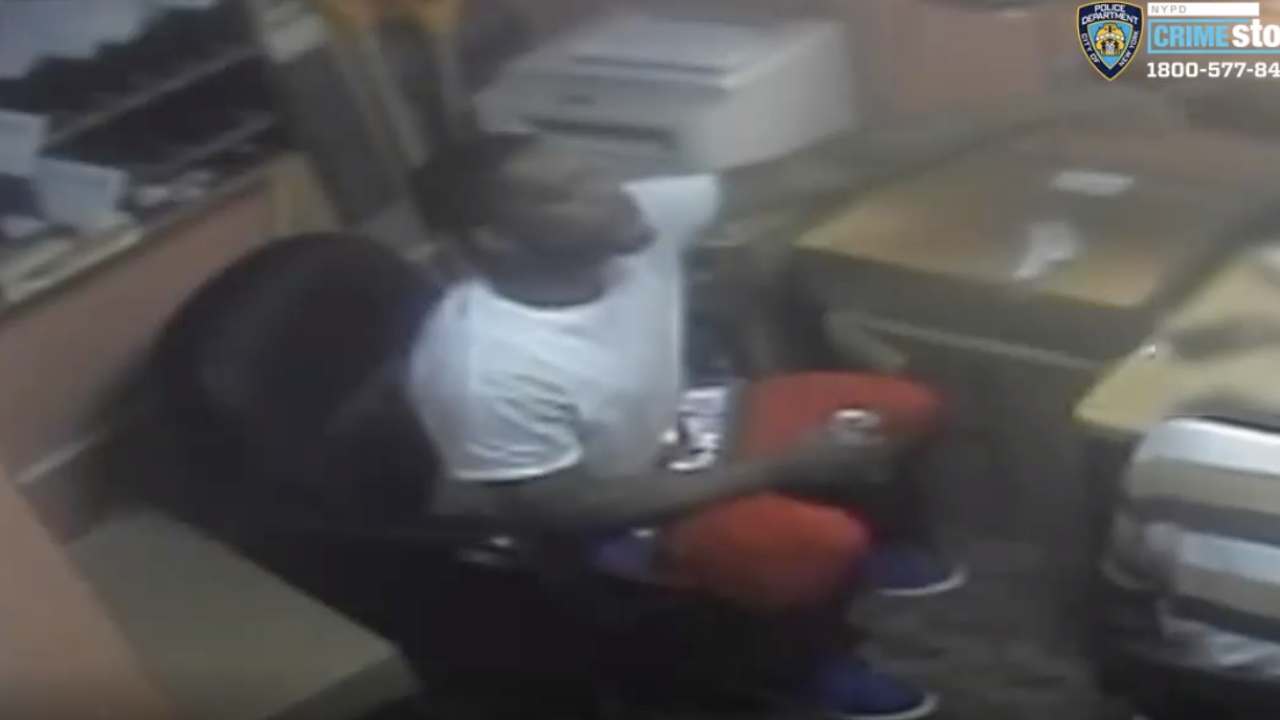 HARLEM, Manhattan — A Bronx man is facing charges for delivering a deadly blow to a homeless man’s head in Harlem earlier this month, police said Saturday.

David Brown, 33, was arrested Friday and charged with criminally negligent homicide and tampering with physical evidence, according to the NYPD.

Brown is accused of punching Nicholas Brittain, 28, in the face outside a building on West 110th Street around 11:24 p.m. on Sept. 2, police said.

Brittain was found unconscious on the pavement around 12:40 a.m. and was rushed to a hospital, per the NYPD. He died on Sept. 11, according to police.

The NYPD released video of the suspect on Sept. 17.

Police arrested another man, 57-year-old Lorenzo Scott, in connection with the case on Tuesday, according to the department. Scott, of Queens, was charged with tampering with physical evidence, police said.