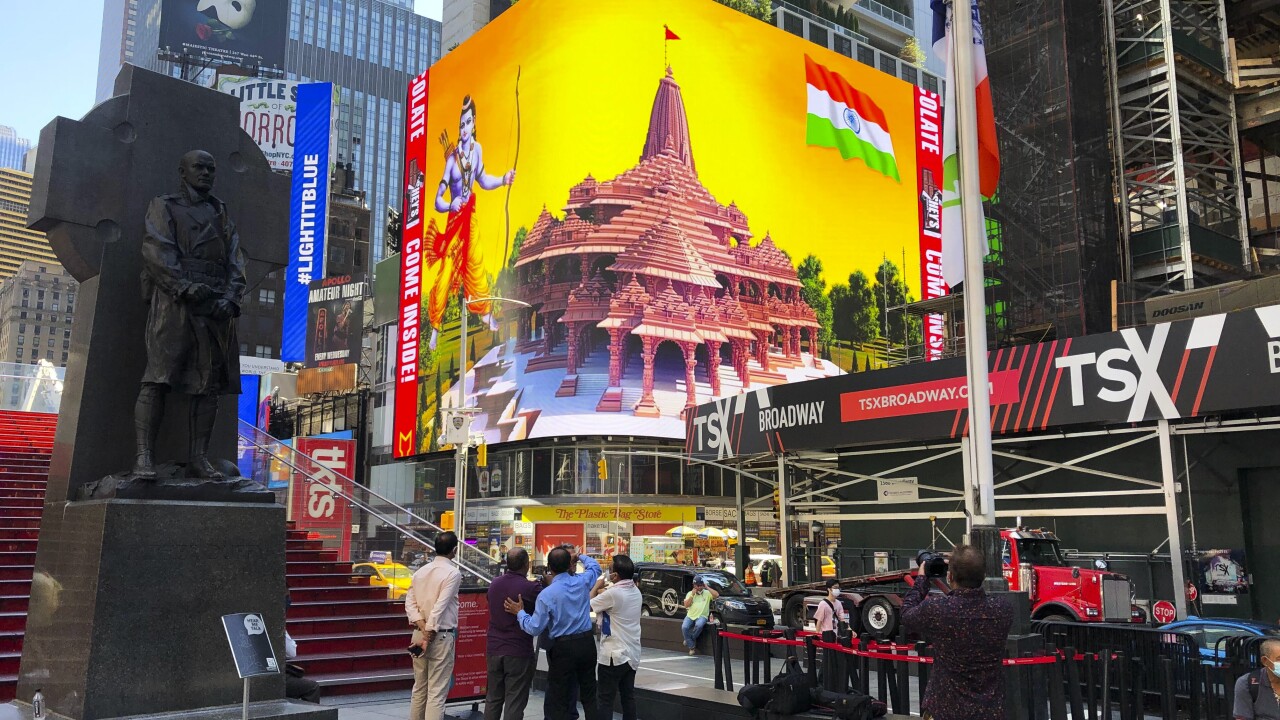 Ted Shaffrey/AP
Imagery of the Hindu deity Ram and 3-D portraits of the proposed Hindu temple are displayed on a digital billboard in Times Square, Wednesday, Aug. 5, 2020, to celebrate the groundbreaking ceremony of a temple dedicated to the Hindu god Ram by Indian Prime Minister Narendra Modi in Ayodhya, in New Delhi, India. Hindus rejoiced as Modi broke ground on a long-awaited temple of their most revered god, Ram, at the site of a demolished 16th century mosque. (AP Photo/Ted Shaffrey)

MANHATTAN — A Midtown Manhattan celebration of a Hindu temple being built on disputed ground in India brought polarized groups into Times Square.

Protesters organized under the name “The Coalition to Stop Genocide in India” held signs reading, “BJP is Islamophobia,” referring to the Indian ruling party.

Prime Minister Narendra Modi participated in the groundbreaking for the Hindu temple Wednesday in India.

The temple is being built on the site of a historic mosque that was destroyed in 1992, sparking communal violence that left around 2,000 people dead.