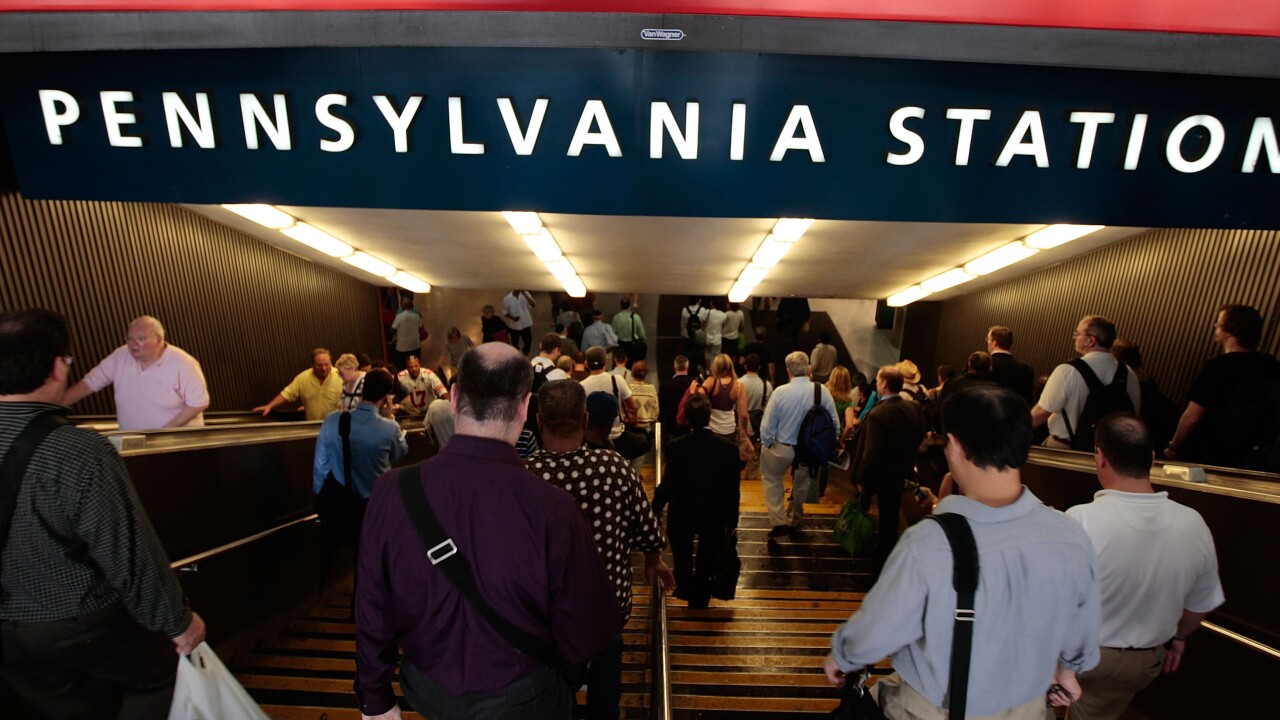 NEW YORK — Rail service in and out of Penn Station New York has resumed with delays due to a stuck Portal Bridge Wednesday morning, authorities said.

Rail service was temporarily suspended in and out of the station after an Amtrak Portal Bridge was stuck in an open position.

Service has since resumed, but commuters are advised to expect about 45-minute delays.

Midtown Direct has also resumed service in an out of the station, according to the NJ Transit Twitter account.

NJ Transit tickets and passes are also being cross-honored by PATH at Hoboken, Newark Penn Station and 33rd St. as well as NJ Transit and private-carrier buses.

Several Amtrak trains were also held in stations or delayed as crews tried to fix the problem.

Rail service in and out of Penn Station New York has resumed and is subject to up to 45-minute delays following earlier Amtrak Portal bridge being stuck in the open position. https://t.co/Srjf7q6c8U