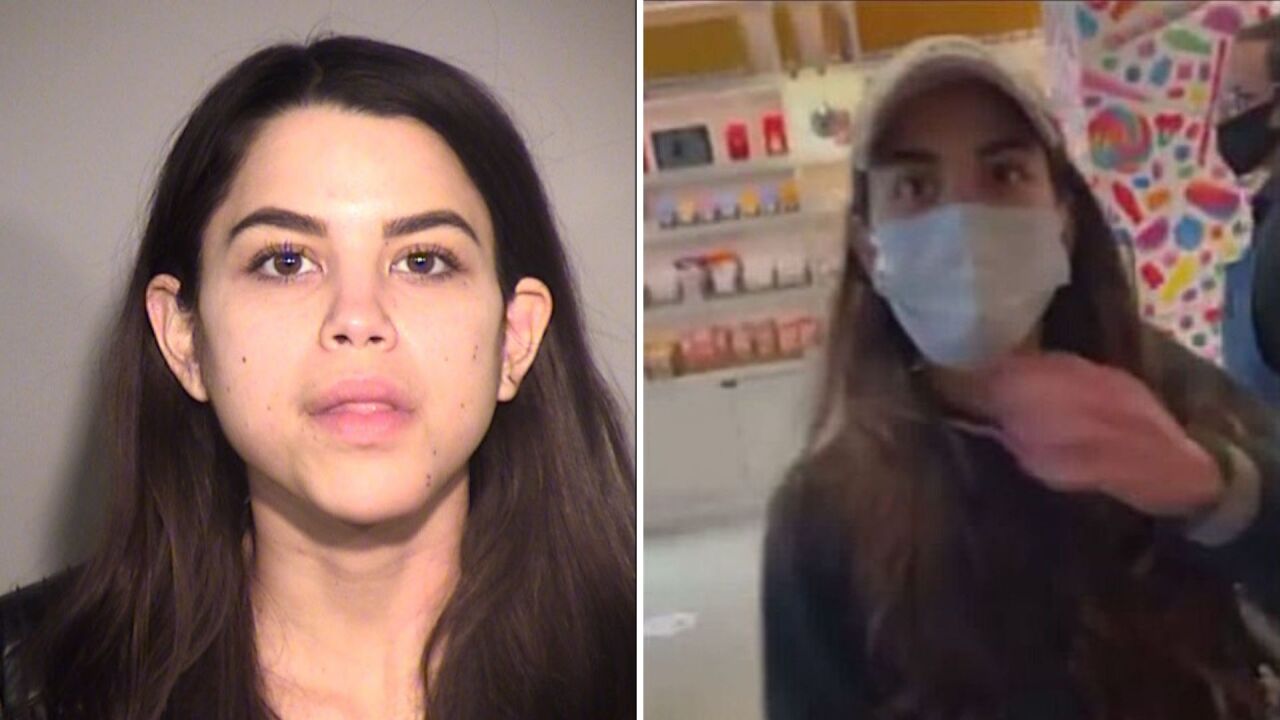 Ventura County Sheriff; Keyon Harrold
Booking documents show that Miya Ponsetto, 22, was arrested Thursday in her home state of California after being caught on video falsely accusing a Black teenager of stealing her phone in a Manhattan hotel on Dec. 26.

SOHO, Manhattan — Miya Ponsetto, the 22-year-old woman dubbed "Soho Karen" for harassing a 14-year-old Black boy at the Arlo Hotel, was arraigned on charges by the Manhattan District Attorney's office.

The arraignment includes the Dec. 26 harassment — over Ponsetto's belief that the underage boy had stolen her cellphone — and four prior incidents in which Ponsetto is suspected.

Ponsetto is also suspected of damaging a door in New York City's 9th precinct earlier in the day on Dec. 26 when the phone incident occurred. That incident is still under investigation.

She also has three open cases in California, all of which stem from incidents in 2020. On Feb. 28, Ponsetto was charged with public intoxication after she, her mother and another person were involved in a physical altercation at a hotel.

She also was charged with a DUI on May 29 and Oct. 10. In the earlier incident, a witness saw her leave a supermarket "clearly intoxicated" as she drove away in a vehicle. Officers responding to a 911 call found her with open containers of alcohol and marijuana in the car, she was also charged with driving with a suspended license.

In the October incident, police responding to a 911 call found Ponsetto in a gas station parking lot, again in a physical altercation with her mother. The car she had been driving was abandoned at a nearby intersection. She was also charged with driving with a suspended license and resisting arrest have a test for blood/alcohol levels revealed a .14.

Ponsetto has no criminal convictions as of Saturday in any of these incidents.

No bail is being set in her cases due to the nature of her offenses. However, the arraignment said she poses a flight risk and is being released under the condition that Ponsetto have no contact with the victims and appear at all of her scheduled court dates in California.