Search for duck with plastic around beak in Central Park 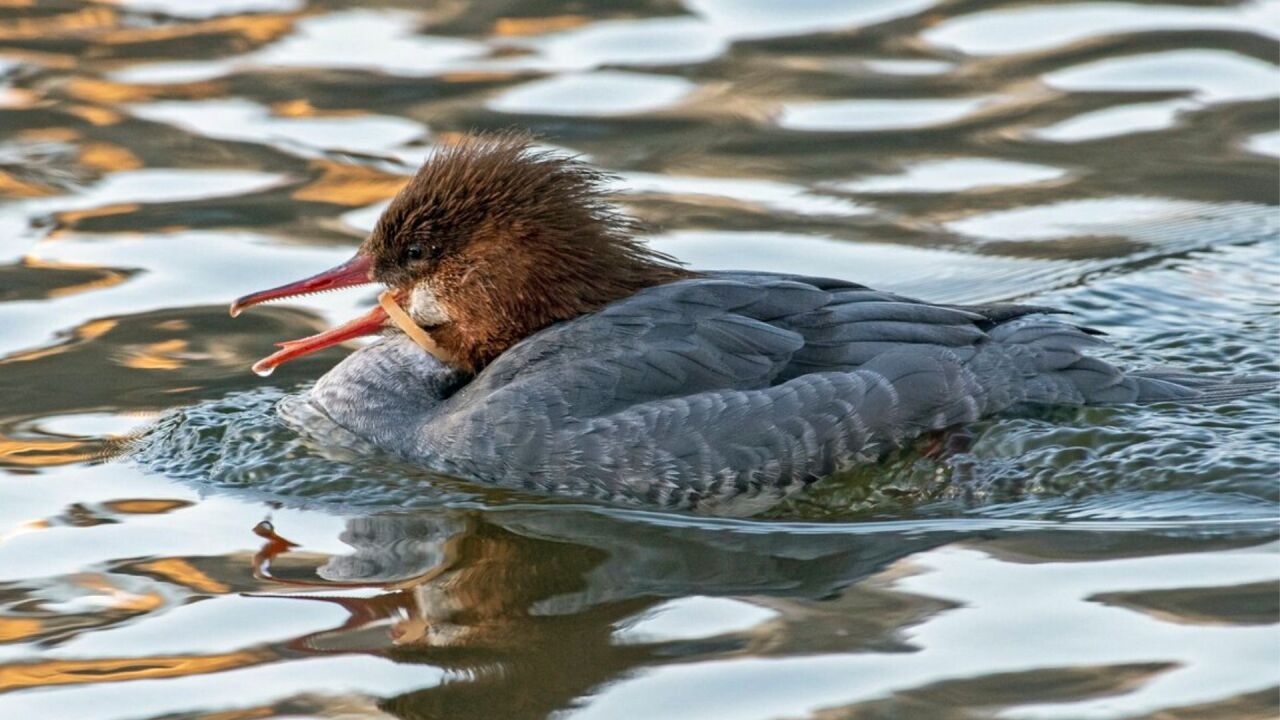 Bradley Kane / @WinoBradNY on Twitter
A rare Common Merganser duck spotted in New York&#39;s Central Park in February with plastic around its beak and neck.

CENTRAL PARK, Manhattan — New York City Park Rangers and bird watchers are trying to rescue a rare duck in Central Park that's been spotted with plastic around its beak.

According to the New York Post, bird watchers first spotted the Common Merganser, a species rare in the city, Feb. 19 with the plastic seemingly stuck around its neck and lower beak.

Avid bird watcher Bradley Kane spotted the duck again on Feb. 22 and tweeted, "I should be thrilled to see this Common Merganser hen, seen on the Lake in Central Park today...However it's tough to see it suffer due to our use of plastic."

Due to the plastic separating the bird's beak, many fear the fowl has not been able to eat since before it was first spotted.

I should be thrilled to see this Common Merganser hen, seen on the Lake in Central Park today, as it marks the 199th bird species I've seen in the park since I got back into birding in '16. However, it's tough to see it suffer due to our use of plastic. Rescue attempts ongoing. pic.twitter.com/hRTT9vzv6M

According to Gothamist, the Parks Department has asked "all birding New Yorkers to keep an eye out for our feathered friend. If you spot the bird, please contact the NYC Parks Urban Park Rangers directly at (212) 360-2774 or call 311 after 5 p.m."

The Urban Park Rangers looked for the Common Merganser hen again this morning in Central Park by the Lake but did not find her, reports @tristanahigg. They will search again later. If you see her, let us know! pic.twitter.com/vmFPTodr5k