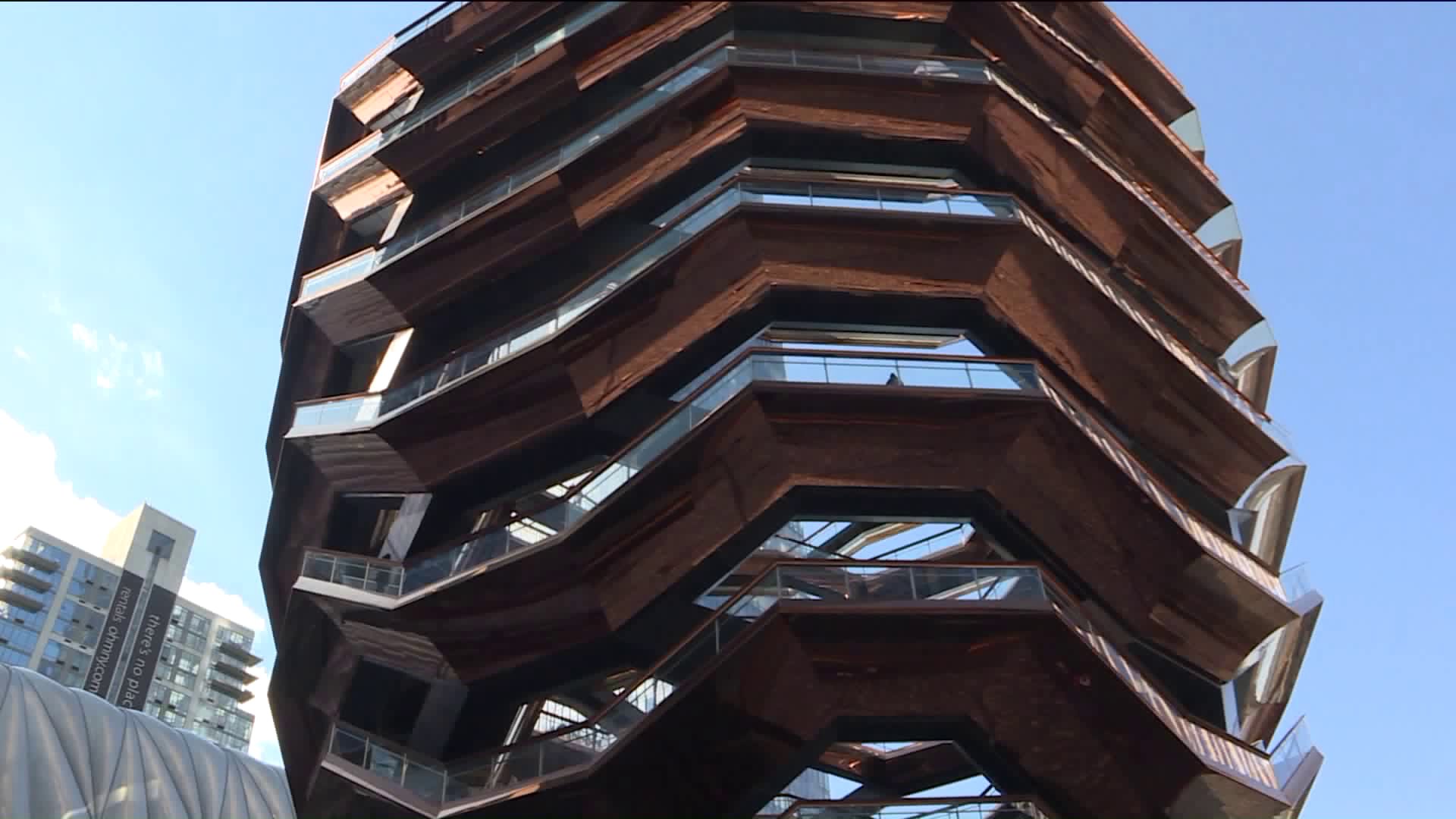 With its spiral staircase and honeycomb-like design, The Vessel has become Hudson Yards' marquis attraction. But this weekend, it was the site of tragedy.

HUDSON YARDS, Manhattan — With its spiral staircase and honeycomb-like design, the Vessel has become one of the West Side’s most popular attractions.

This weekend, however, it was the site of tragedy after a 19-year-old man took his own life, jumping off the sixth level of the 15-story structure.

That man was identified as Peter DeSalvo, a Sacred Heart University freshman from New Jersey.

The school confirmed the death on Monday.

The tragedy, which is considered the first of its kind at the Vessel, has many now asking if it could’ve been prevented.

Sandra Baquin, a tourist from Brazil, said she was taken aback when she reached the top of the 150-foot high steel structure, noticing that the railing went as high as her waist.

“I think it’s a little bit dangerous,” she said. “I felt very unsecured.”

Those safety concerns were highlighted by PIX11’s James Ford nearly a year ago, when the tourist attraction first opened.

“We did not want to design in fear,” chief architect Stuart Wood told PIX11 at the time regarding safety measures. “This is something where the thrill of being outdoors at all of these different levels is something we want everyone to enjoy.”

“There should be some sort of change, they need more security,” one tourist said.

Another tourist agreed. “Especially for the kids — in just a second one of them could just jump.”

It’s unclear if new security measures will be put in place in wake of Saturday’s tragedy; a spokesperson for Hudson yards did not respond to our requests for comment.

PIX11 has organized resources available to those dealing with depression and possibly suicidal thoughts here.

For more information on suicide prevention, including additional resources and warning signs, you can visit the American Foundation for Suicide Prevention’s website .