Republicans rally to save Museum of Natural History's Roosevelt statue 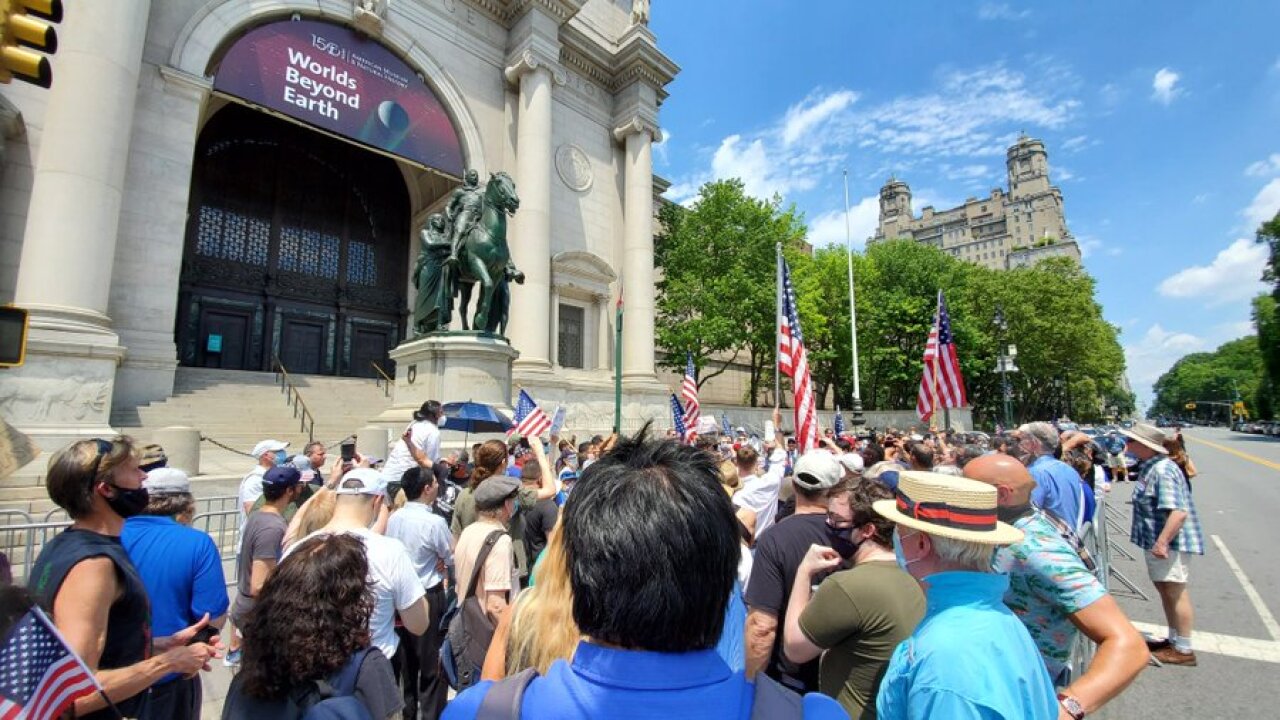 A rally was held on June 28, 2020, to save the statue of former President Theodore Roosevelt outside of the American Museum of Natural History in Manhattan.

MANHATTAN — Several dozen people gathered outside of the American Museum of Natural History in Manhattan on Sunday for a rally to save a statue of former President Theodore Roosevelt.

The museum recently announced plans to remove the statue over criticism that it symbolizes colonial expansion and racial discrimination.

The statue, which sits at the entrance of the famed museum, depicts Roosevelt on horseback with a Native American man and an African man on either side of him.

The decision to remove the statue comes amid the racial justice movement reignited by the deaths of George Floyd, Breonna Taylor and other people of color at the hands of police.

Statues depicting racial inequality or memorializing the Confederacy have come under new scrutiny as part of the movement. Many statues and memorials across the country have been defaced or toppled.

The New York Young Republicans Club, however, is defending the Roosevelt statue as a piece of American history honoring a former president.

The group is calling on President Donald Trump and U.S. Attorney General Bill Barr to intervene and save the statue.

A few counter protesters were also seen gathering across the street.