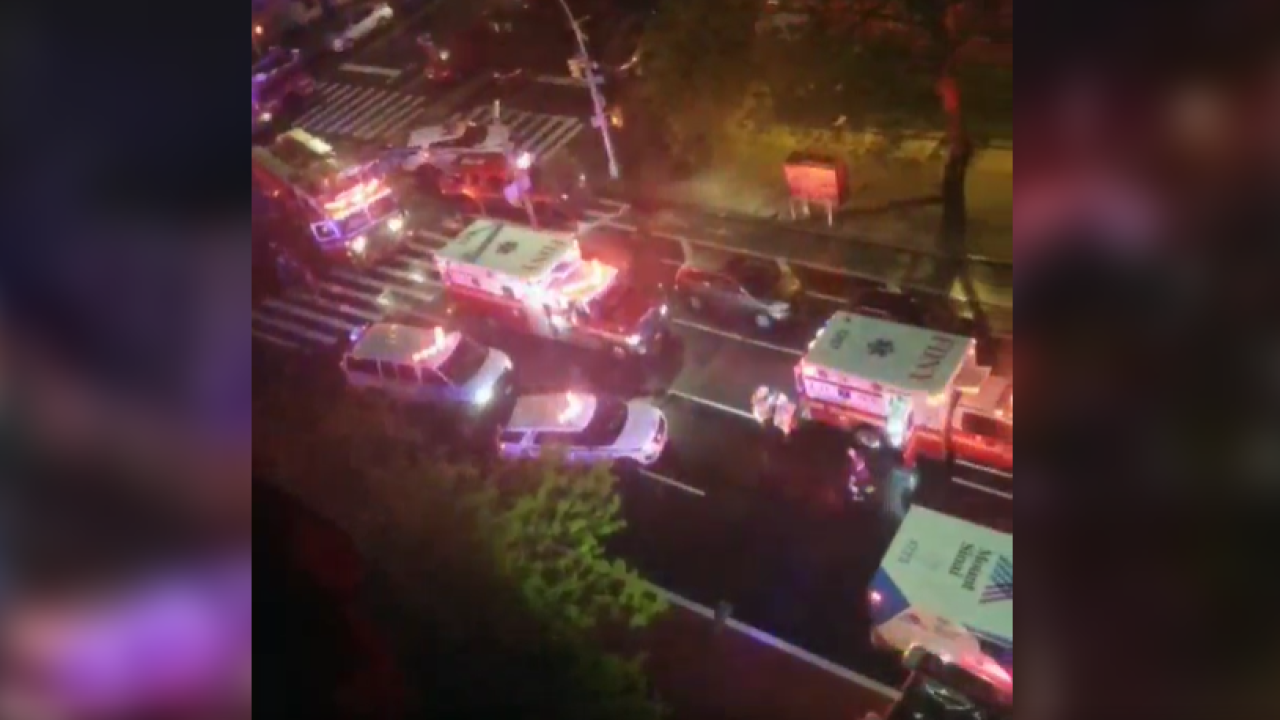 Citizen App
A man was stabbed and an apartment building was set on fire in East Harlem on Saturday, May 16, 2020, police said.

EAST HARLEM, Manhattan — A Queens man has been arrested in connection with a fatal stabbing of another man inside an East Harlem high-rise early Saturday morning, before setting fire to the building that injured six, according to the NYPD.

The suspect is identified as 31-year-old Aljo Mrkulic. He's been charged with murder, arson and two counts of assault on a police officer.

Police who were called to 409 East 120th St. around 4:20 a.m. encountered the Mrkulic, who struggled with officers and refused to allow them to enter an apartment on the ninth floor, according to investigators.

When officers were able to get inside the apartment, they found a 30-year-old man, later identified as Christopher Rodriguez, who had been stabbed repeatedly, police said. He was pronounced dead at the scene, according to the NYPD.

The apartment was also the source of the fire, police said. At least six other people were injured in the fire.

Mrkulic was taken into custody and transported to NYC Health & Hospitals/Metropolitan for treatment and observation, police said.