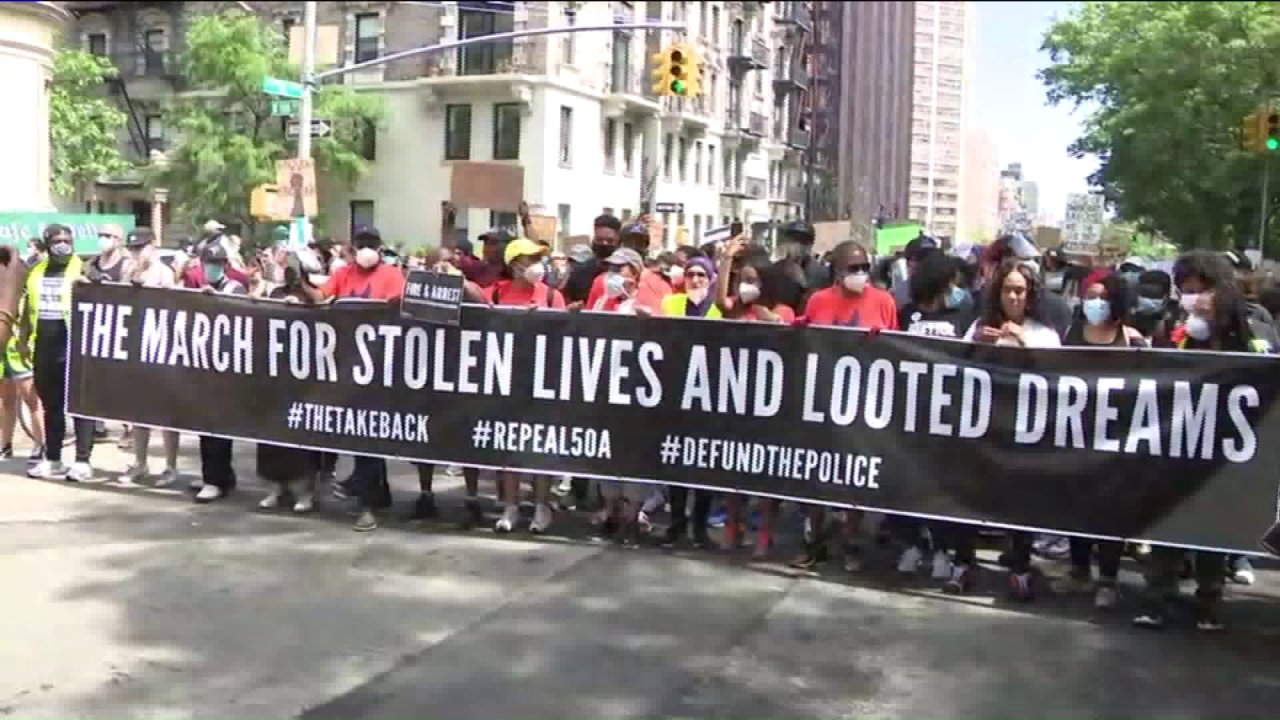 Hundreds of people gathered in Harlem Saturday for a peaceful rally and march against police brutality.

HARLEM — Hundreds of people gathered in Harlem Saturday for a peaceful rally and march against police brutality.

Protesters gathered, signs in hand, at Frederick Douglass Circle for the “The March for Stolen Lives & Looted Dreams” around 10 a.m.

Organizers are calling for the city to cut funding to the NYPD's budget and redirect the money toward youth and community programs.

The demonstrators marched down Central Park West and joined another group of protesters at Washington Square Park.

Protests in New York City and across the nation have been held for nearly two weeks following the death of George Floyd in Minneapolis on May 25.

Floyd, a black man, died while being arrested by police for an alleged non-violent crime. The four officers involved were fired from the force and face criminal charges in connection with the case.

His death, captured on video and shared on social media, renewed outrage over how people of color are treated by police in the United States.