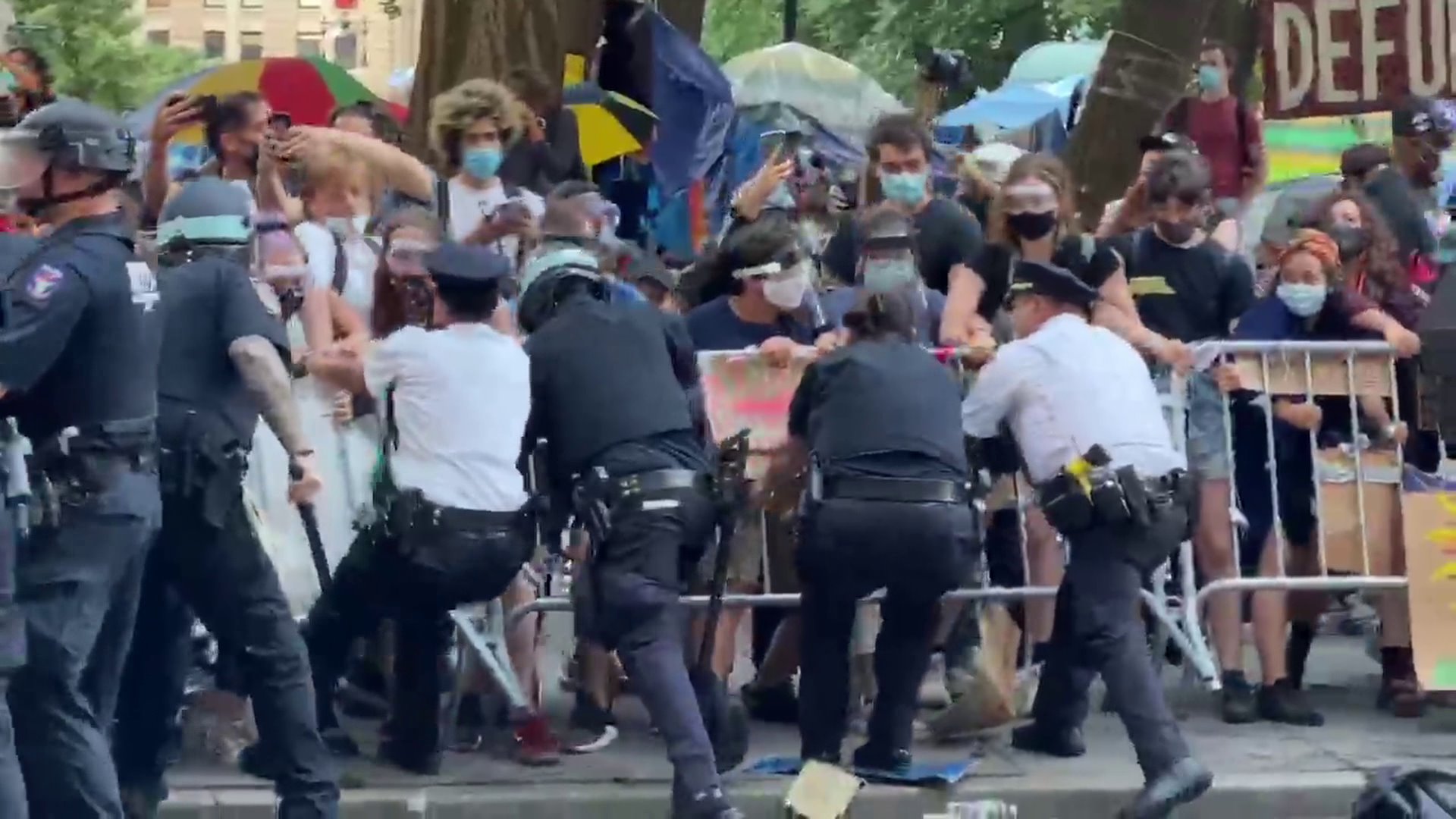 Tensions escalated early Tuesday morning when Occupy City Hall protesters clashed with police in riot gear amid calls to defund the NYPD. The city's budget is due today, Tuesday, as New York is faced with nearly $10 billion in cuts amid a pandemic and citywide protests. Among the biggest proposed shift in resources is away from the NYPD, with Mayor Bill de Blasio pledging $1 billion in what he calls "savings" to the country's largest police force. 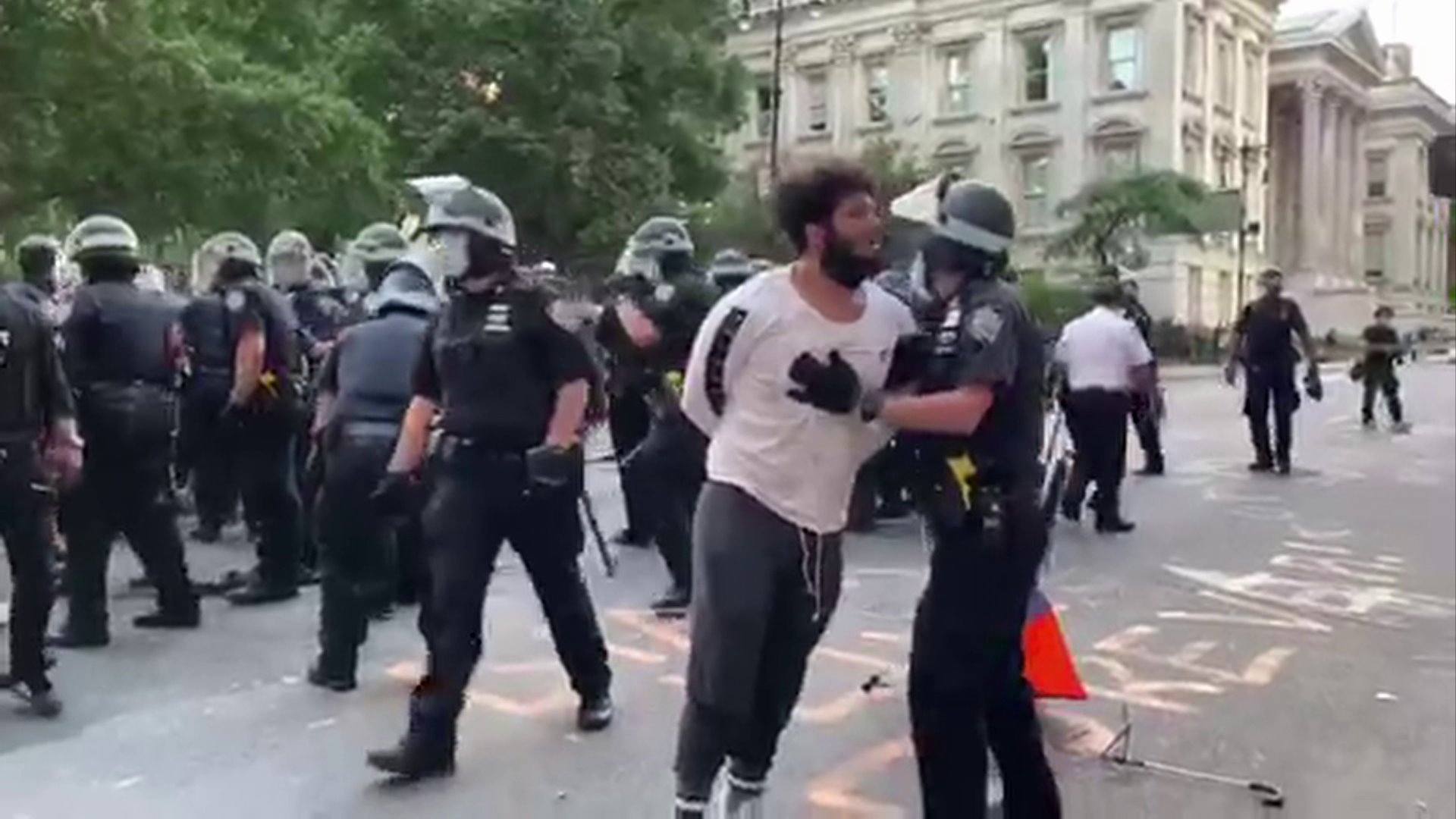 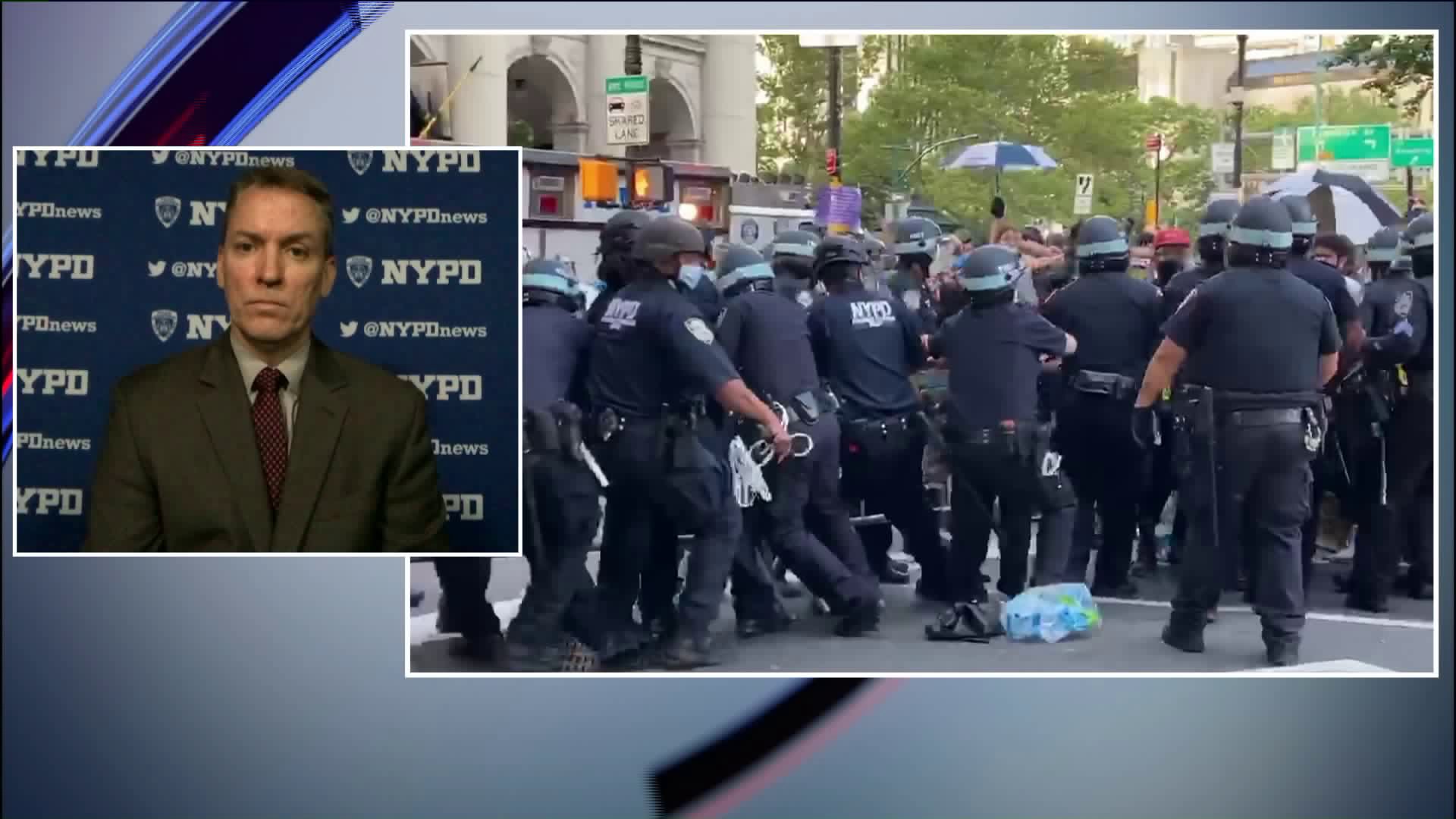 The Occupy City Hall movement has been peacefully camped out by City Hall for the past week, but things started to escalate when protesters were met by police in riot gear as they moved across Chambers Street to just outside the Dinkins Municipal Building just before sunrise.

The protesters came nearly face-to-face with the cops, taunting them as they continue their demands to "defund the NYPD."

The nearby Surrogates Court Building on Chambers Street was covered in graffiti overnight.

NYPD Commissioner Dermot Shea, in an interview with the PIX11 Morning News Tuesday, attributed the escalation to thie vandalism and attempts to damage police cameras, which he called “really disturbing."

Activist Jawanza William, of VOCAL New York, told PIX11's Anthony DiLorenzo he does not believe the persons responsible were involved with the primarily peaceful protests, but he thinks that sparked initial tensions with police.

While things remained largely peaceful early on, scuffles between demonstrators and police popped up after hundreds of cops tried to move protesters out of the road and back into the Occupy City Hall camp.

Commissioner Shea said physical confrontations later in the morning were the result of individuals attempting to "promote conflict," including blocking traffic and damaging property.

At least one protester was seen being taken into custody amid the chaos. Police said there were two arrests; A man arrested for graffiti and another man for an alleged assault on an officer.

The tense moments come as City Council is set to meet Tuesday to hash out the city's annual budget. The city is faced with nearly $10 billion in cuts amid the coronavirus pandemic and citywide demonstrations.

Protesters have called for $1 billion be cut from the NYPD and shifted toward young people and communities.

While Mayor Bill de Blasio proposed a plan Monday with that amount in what he called "savings" to the country's largest police force, protesters were not happy with the plan.

With a surge in gun violence across the city, the mayor said the budget would not compromise public safety.

The latest budget draft would cancel the incoming class of police recruits and move school safety officers from the NYPD to the Department of Education, sources told PIX11.

The budget is not expected to include layoffs, despite a previous warning that 20,000 city workers could get pink slips.