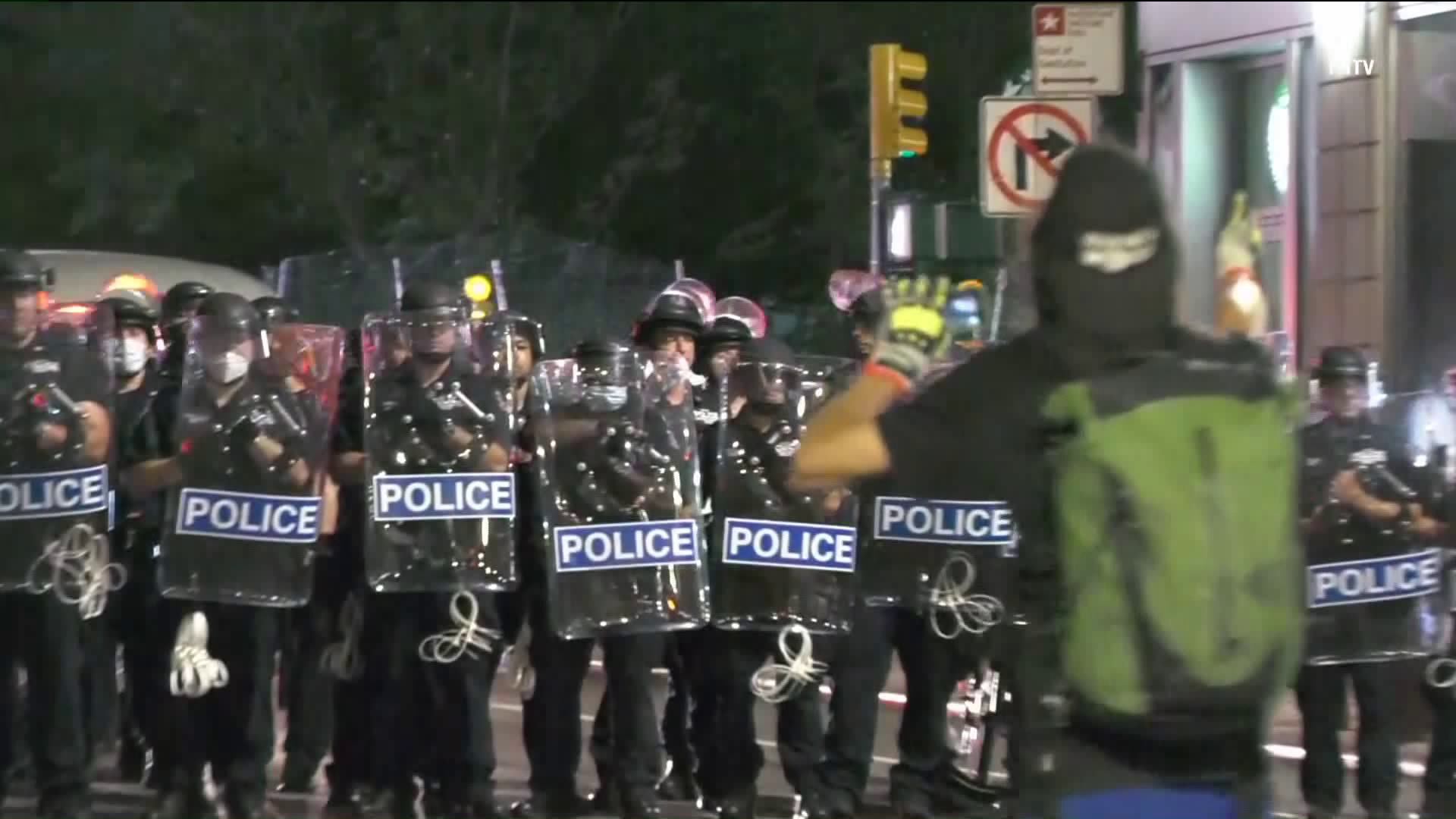 Mayor Bill de Blasio said “health and safety issues were growing” in a camp that had about 50 people at the end. The police commissioner said there were one arrest, a half-dozen summonses, no injuries and what he called “no real use of force.” 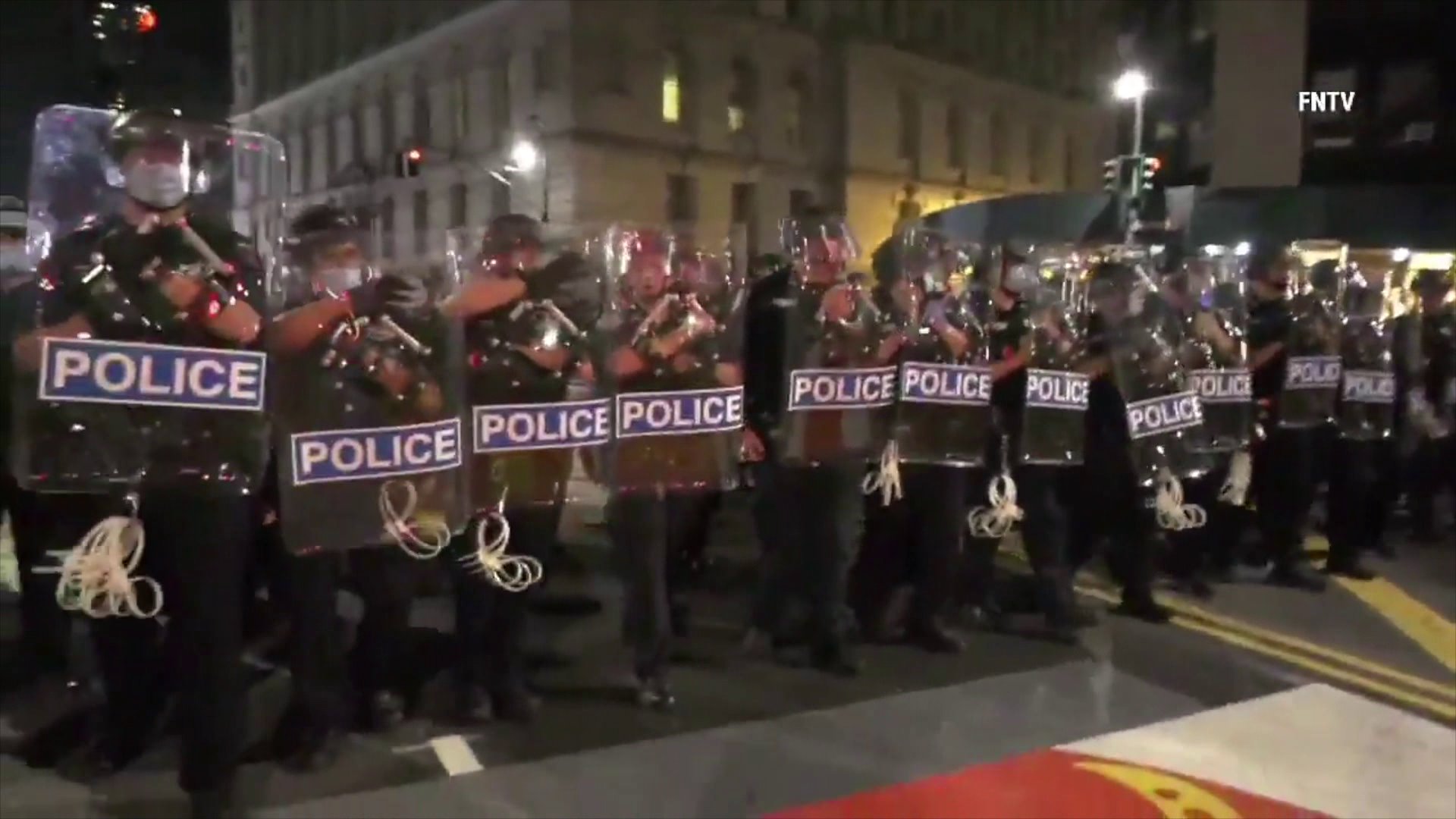 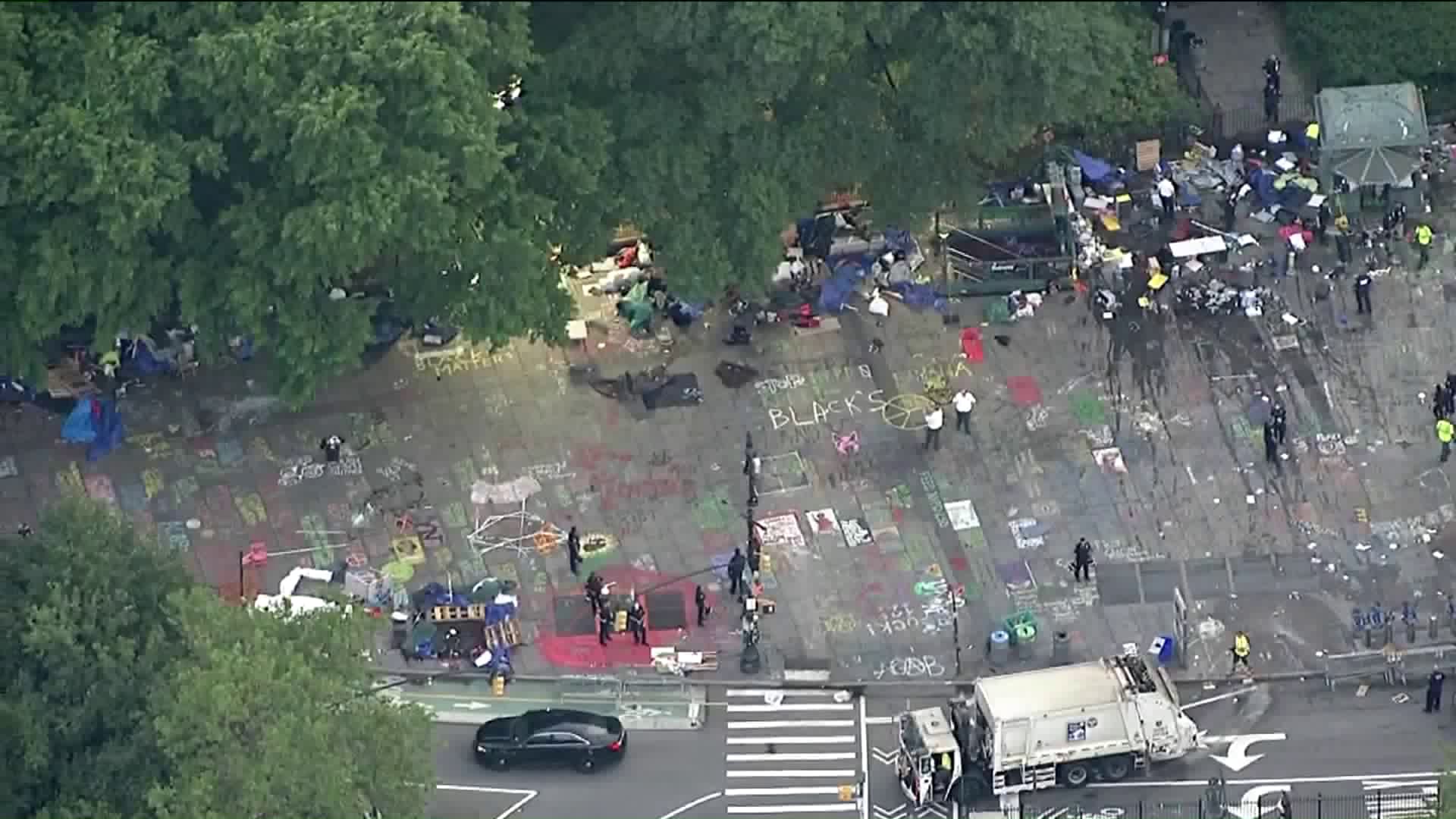 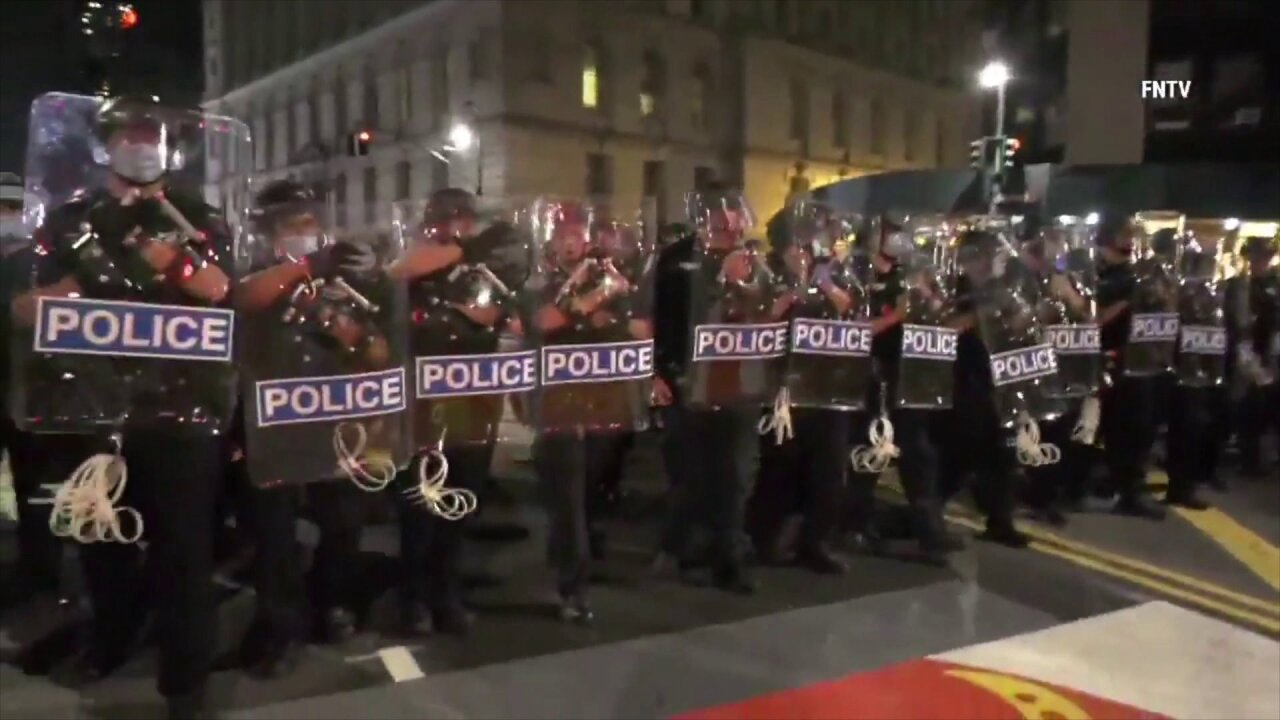 Officers in riot gear arrived on the scene around 3:40 a.m. to remove the "illegal occupiers," who began camping out in City Hall Park in late June, police said.

Police gave a verbal warning for protesters to disperse at least 10 minutes before moving in to clear the park, according to the NYPD.

About 40 to 50 people were at the park when police arrived, according to NYPD Commissioner Dermot Shea.

One person was arrested after allegedly throwing a brick at an officer, Shea said. The officer was not injured, police said. Six other people were taken into custody and are expected to be released with summonses.

Otherwise, the NYPD said things remained mostly peaceful and that many of the protesters left the area voluntarily.

Mayor Bill de Blasio was asked about the decision on clearing the encampment during this Wednesday briefing. The mayor said the decision was made while thinking of health and safety first and those "issues were growing." The final decision to clear the area came about 10 p.m. Tuesday, he said.

“It was less and less about protest," he said. "More and more it became an area where homeless were gathering."

Protesters, along with some homeless, have been camped out in the park by City Hall for weeks, calling for the city to defund the police. Jawanza Williams, one of the initial Occupy City Hall organizers, explained why protesters decided to camp out.

“They’re calling for a world or a future that doesn’t need police, does not need prisons,” Williams said.

Some protesters stayed even after the passing of the city's new budget, which Mayor de Blasio said stripped $1 billion from the NYPD budget. Many activists said the budget changes were nothing but "smoke and mirrors."

Police said cleanup of litter and graffiti in the area could take several weeks and that the area will be on "complete lock down" while this happens.