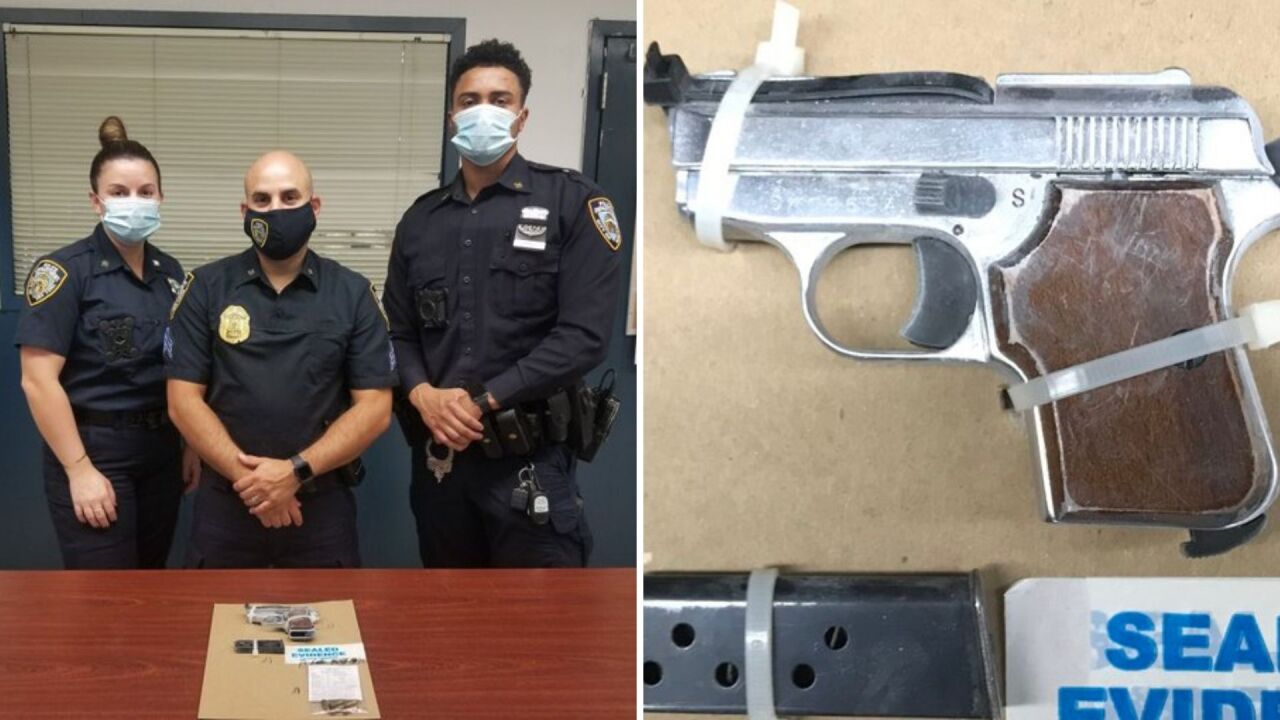 NYPD
An alleged gang member was arrested moments after a shooting that injured a man in Hamilton Heights on Oct. 2, 2020, police said.

HAMILTON HEIGHTS, Manhattan — Police chased down and arrested an alleged gang member following a shooting that injured a man in Hamilton Heights on Friday, according to the NYPD.

Officers heard gunshots in the neighborhood Friday afternoon and chased the suspect, who is a known gang member and parolee, NYPD Chief of Patrol Fausto Pichardo said on Saturday.

The suspect, who was not identified, was apprehended and an illegal gun was recovered, according to Pichardo.

The condition of the victim was not immediately clear.

“Another career criminal [and] illegal gun off the streets,” the chief tweeted Saturday morning.

“Chasing down an armed parolee that had just fired his gun … apprehended … again … all without firing a single shot,” Shea said. “Out there every day … protecting … turning this gun violence around. Great work.”

Worth a second look.

Chasing down an armed parolee that had just fired his gun.....apprehended....again.....all without firing a single shot.