Police car set on fire on Upper West Side: NYPD 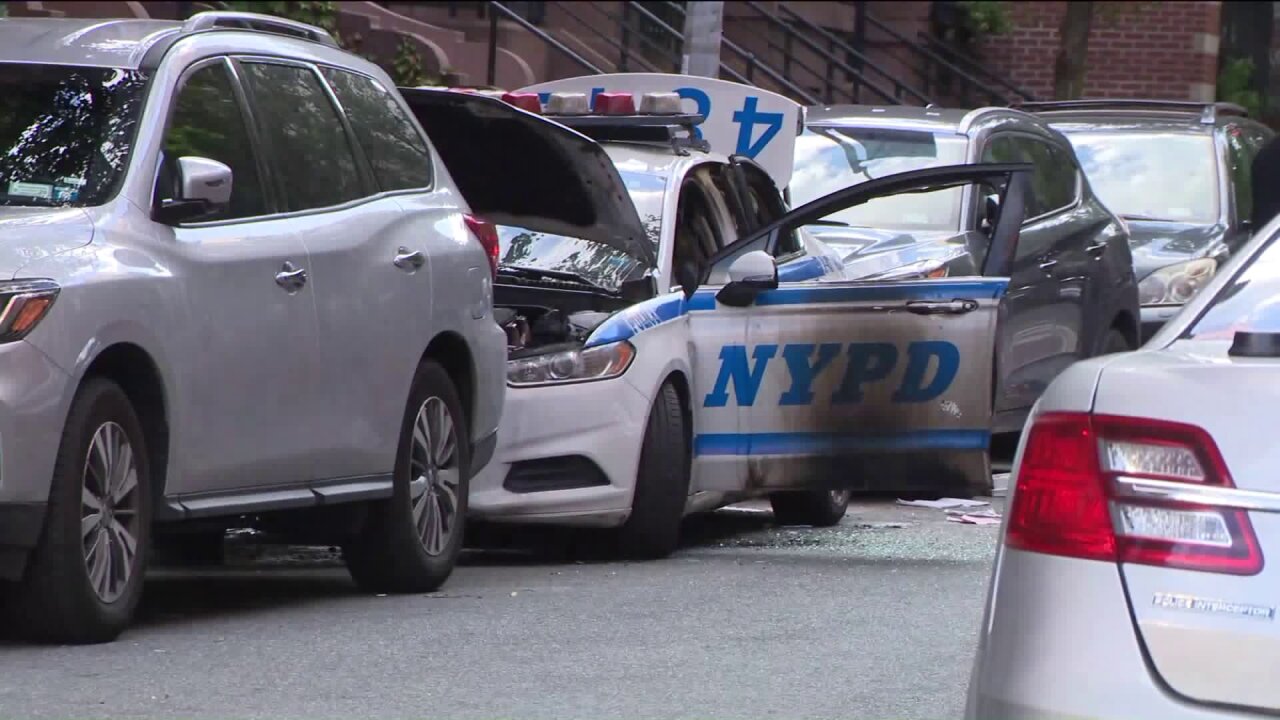 PIX11 News
A parked, unoccupied NYPD squad car was set on fire on Manhattan's Upper West Side early Wednesday, July 29, 2020, according to police. There were no injuries.

UPPER WEST SIDE, Manhattan — Authorities are investigating after a police car was set ablaze in Manhattan early Wednesday, according to the NYPD.

Police said the parked, unoccupied squad car belonged to the 20th Precinct on the Upper West Side and was set on fire around 3:50 a.m.

The marked vehicle, which was located near the intersection of West 83rd Street and Columbus Avenue, had its front window broken and "some kind of accelerant" thrown inside, police said.

The FDNY responded and the flames were extinguished within minutes.

There were no injuries in the fiery incident.

No arrests have been made and police said there are no suspects or persons of interest.

The investigation is ongoing, the NYPD said.