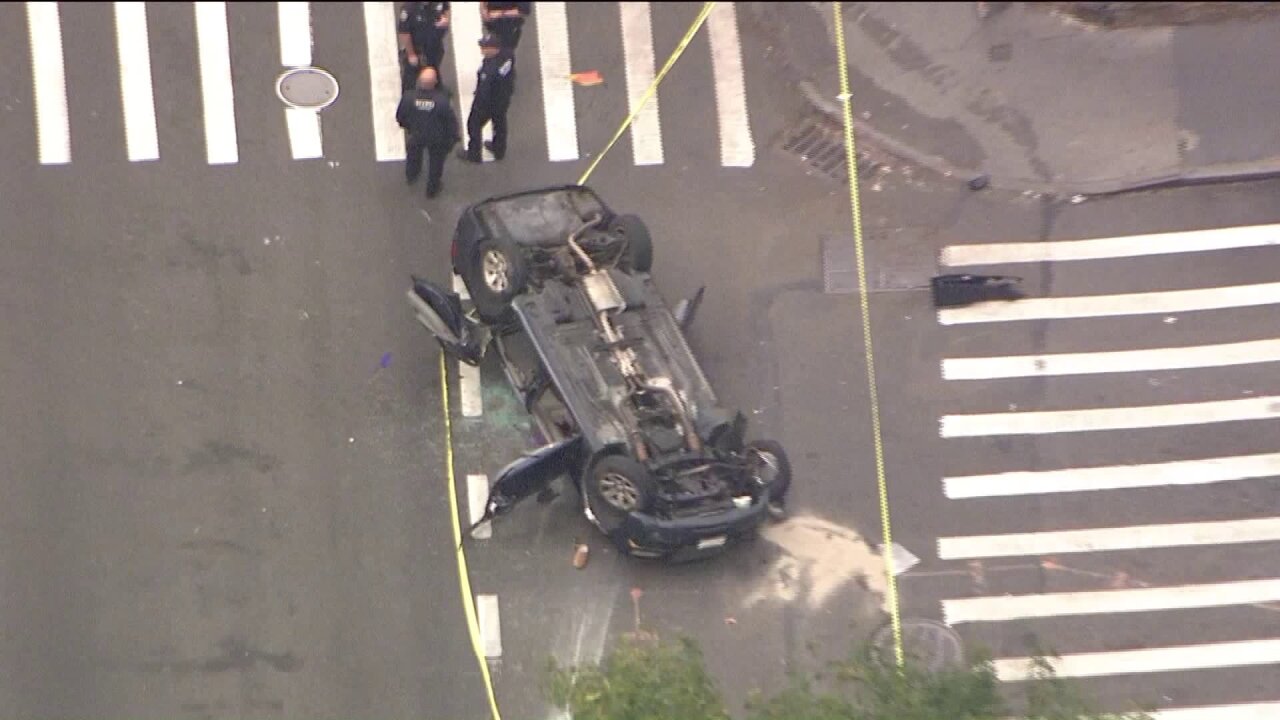 AIR11
Authorities removed a person who was trapped under an overturned vehicle in Manhattan on Sept. 24, FDNY officials said. 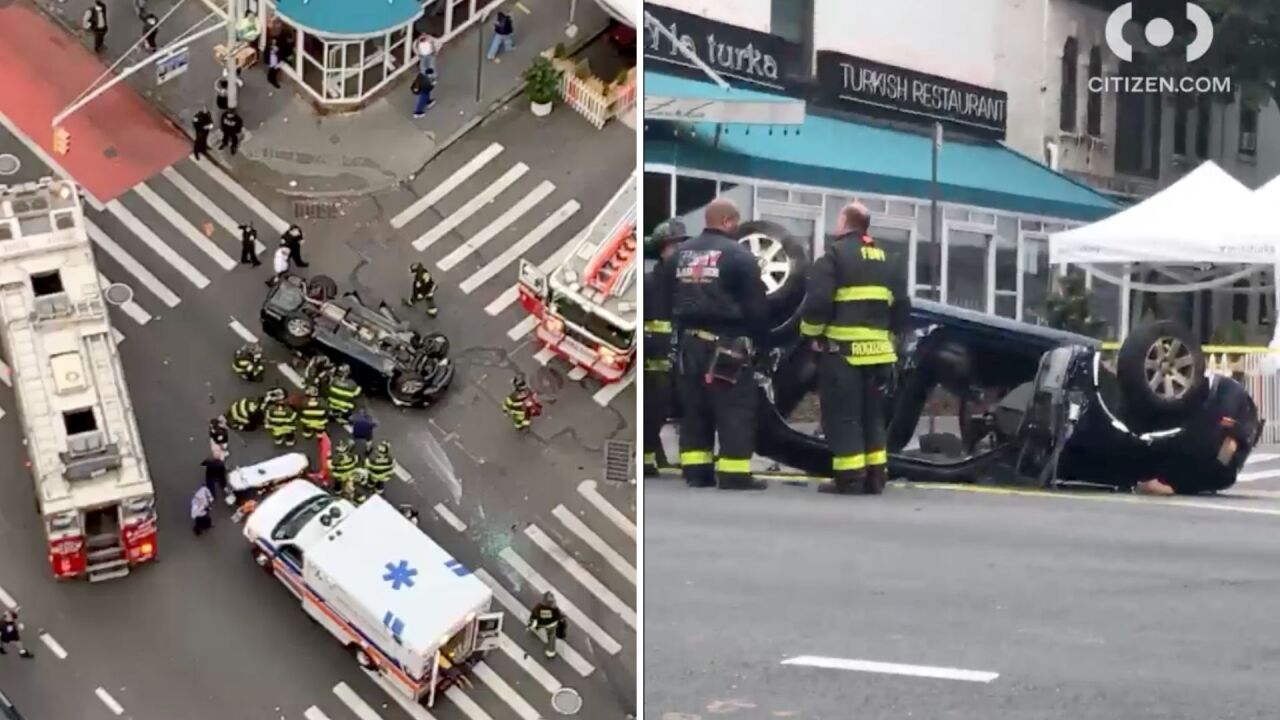 UPPER EAST SIDE, Manhattan — Authorities removed a person who was trapped under an overturned vehicle in Manhattan Thursday morning, FDNY officials said.

FDNY personnel responded to reports of a cardiac arrest and a car flipped over in the vicinity of Second Avenue and East 74th Street around 7 a.m.

A person was trapped under the car, according to FDNY.

Firefighters used a hurst tool and extricated the person, who was taken to the hospital in critical condition, FDNY officials said.