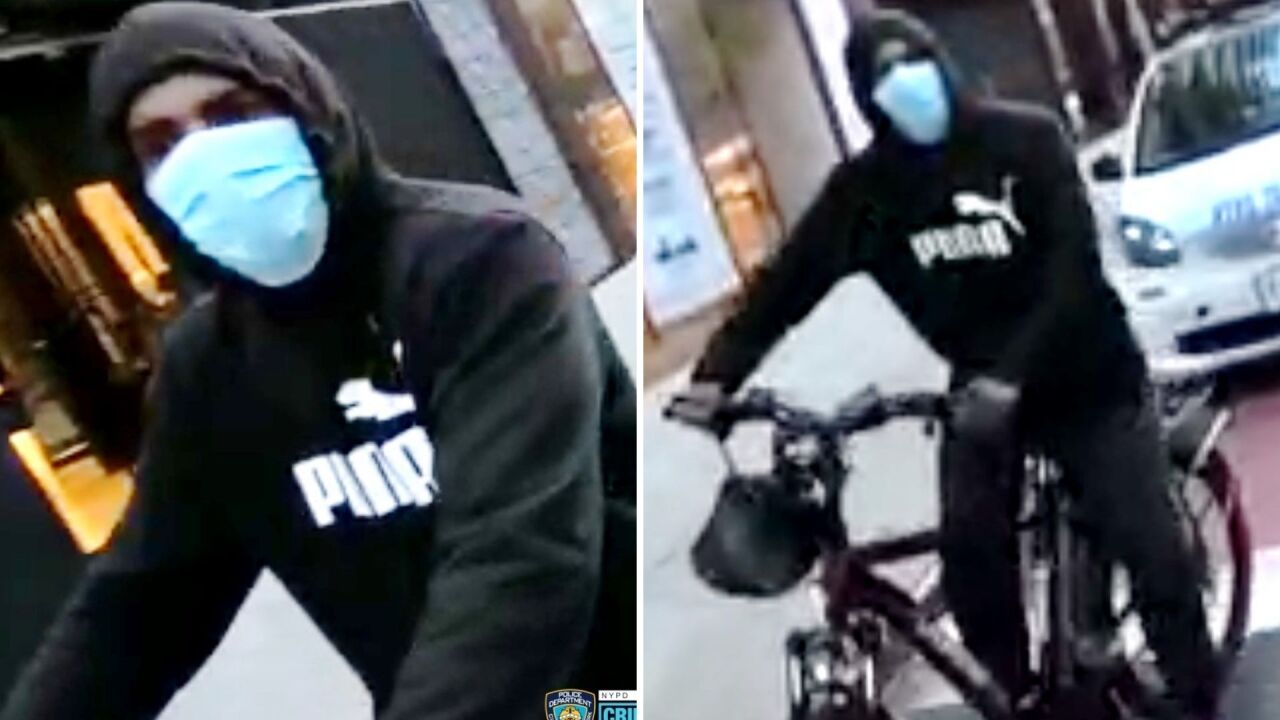 NYPD
Images of a man wanted by police after an NYPD traffic agent was punched in the throat in Midtown Manhattan on Thursday, Nov. 5, 2020, according to the NYPD.

MIDTOWN EAST, Manhattan — Police are looking for a man they said punched an NYPD officer on a Manhattan street earlier in November.

It all started just before 2 p.m. on Nov. 5 when the unidentified man rode his bicycle into the opening driver-side door of the on-duty NYPD traffic enforcement agent's parked department vehicle on Madison Avenue, near East 59th Street, police said.

The unknown man then suddenly punched the 45-year-old traffic agent in the throat before fleeing on his bike, heading westbound on East 59th Street, authorities said.

According to police, the NYPD employee suffered some pain to his neck and was taken to a nearby hospital for treatment.

The NYPD released the above surveillance images of the man they're looking for in the assault, describing him as standing about 5 feet, 10 inches tall, weighing about 180 lbs. and was last seen wearing a blue face mask, black hooded sweatshirt with a Puma logo on the front, dark-colored pants, and black sneakers.