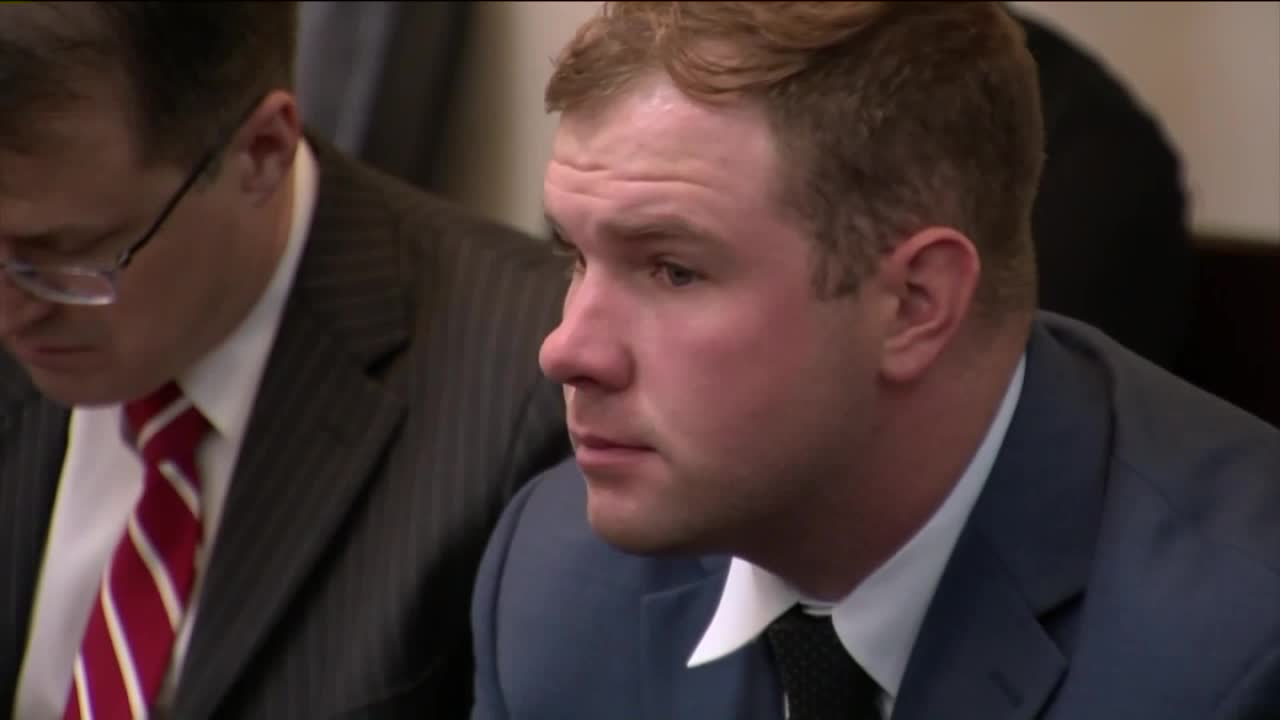 An NYPD officer was recently convicted of multiple crimes related to a racist attack he made on a mother and her four children while he was visiting Nashville, but he's still officially on duty with the NYPD. Now, the outrage and calls for his firing are growing.

NEW YORK — The NYPD officer who was convicted of a racist attack on a family while on a trip in Nashville has quit the force amid mounting public backlash, officials announced Thursday morning.

According to Acting Deputy Commissioner for Public Information Dvora Kaye, the NYPD informed Officer Michael Reynolds on Dec. 30 that he was to report to police headquarters on Jan. 2 to begin the disciplinary process following his conviction in the Nashville incident.

"Instead, he has quit the New York City Police Department effective immediately," a statement from the NYPD said. "He will receive no pension or health benefits, nor will he be allowed to carry a firearm. His actions are wholly inconsistent with the values and standards the New York City Police Department expects and demands of its officers," the statement concluded.

Calls for Reynold's firing had grown in recent days, with an online petition demanding the 26-year-old officer be fired garnering over 12,000 signatures.

Activists have also been calling for the dismissal of two other NYPD officers who allegedly tried to prevent the arrest of the officer who'd carried out the crime.

It took place in July 2018 in Nashville, Tennessee. At 2:30 a.m., Reynolds kicked in the door of a home that was steps away from the AirBnB where he was staying at the time.

A security camera at the home next door captured the racist and profanity-laced language that Reynolds used as he burst into the home and threatened Conese Halliburton and her four sons.

Reynolds is white. Halliburton and her family are black.

Reynolds pleaded no contest this past September to charges of aggravated criminal trespassing and assault. The charges were reduced in a plea agreement that Reynolds had apparently thought might allow him to keep his job with the NYPD.

Reynolds was sentenced last month to 15 days in jail and three years probation for the home invasion.

"When you do something like that," victim Conese Halliburton said last fall at Reynolds's sentencing, "and you can go to another state, and you can commit a crime, and you're a police officer, what are you doing in New York?"

The NYPD had previously placed Reynolds on modified duty as the disciplinary process moved forward.