NYC Women's March 2020: Sights and sounds from the route 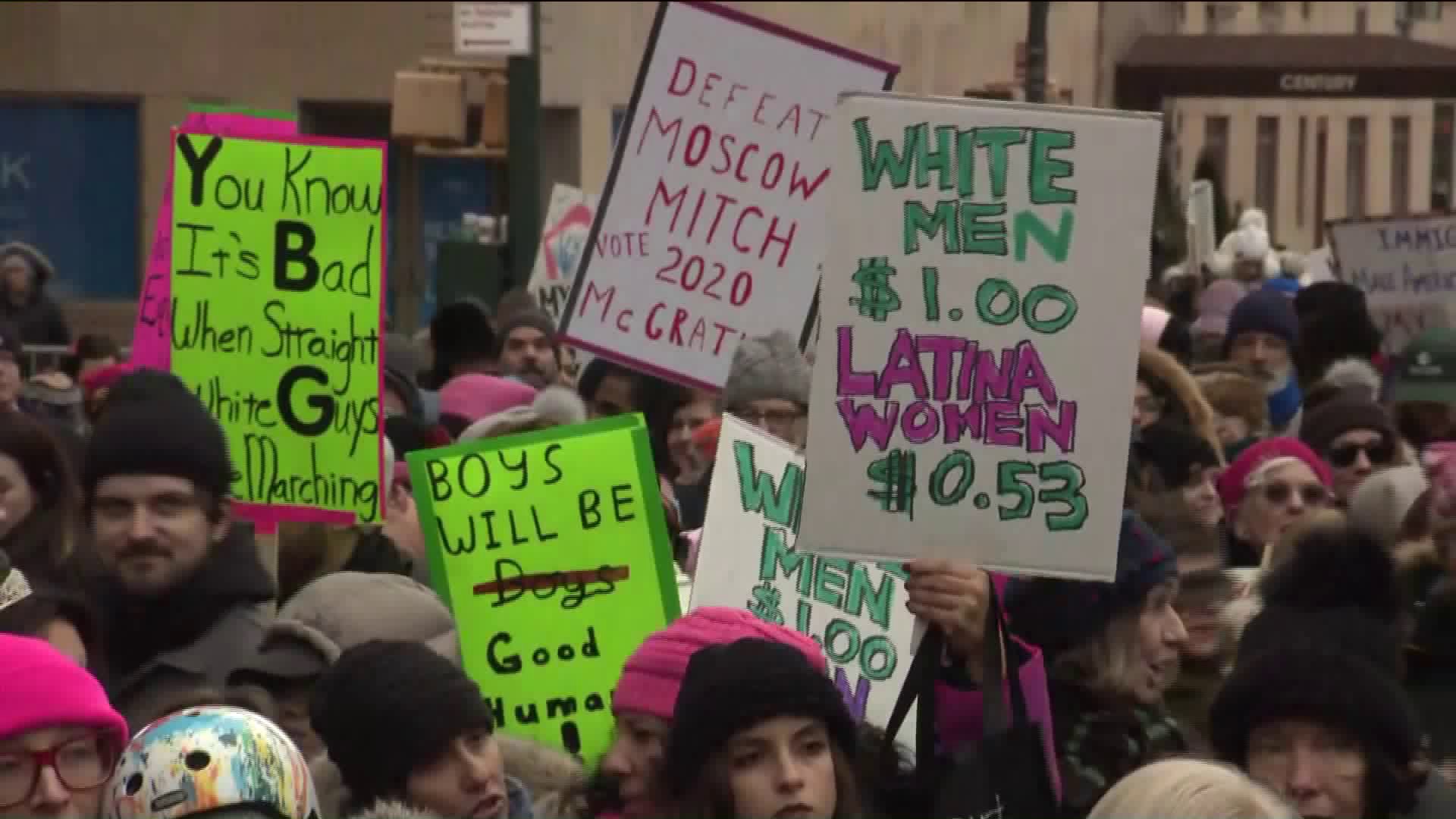 Thousands of people took to the streets of Manhattan Saturday as Women's Marches took place in New York City and around the country for a fourth year in a row.

MANHATTAN — The snow, the sleet and the bone-chilling cold temperatures did not deter a crowd determined tio make their vocies heard.

Thousands of people took to the streets of Manhattan Saturday, as Women's Marches took place in New York City and around the country for a fourth year in a row.

Once again kicking off on Manhattan's Upper West Side this year, people gathered at around 10:30 a.m. near West 72nd Street and Central Park West ahead of an 11 a.m. rally with numerous speakers setting the mood for a passionate march down Manhattan's west side and through Midtown.

The mission: to amplify the voices of women, and to make change to issues like gender pay equity, domestic abuse and immigration.

"Our country is going through the most severe challenge to our democracy and our values," said NYCLU Executive Director Donna Lieberman, who spoke at Saturday's event.

Watch some of the speakers from today's rally ahead of the march:

The actual march launched at 12 p.m., making its way down Central Park West before turning east at Columbus Circle and continuing to march along Central Park South.

The Women's March was held in 180 cities across the country.