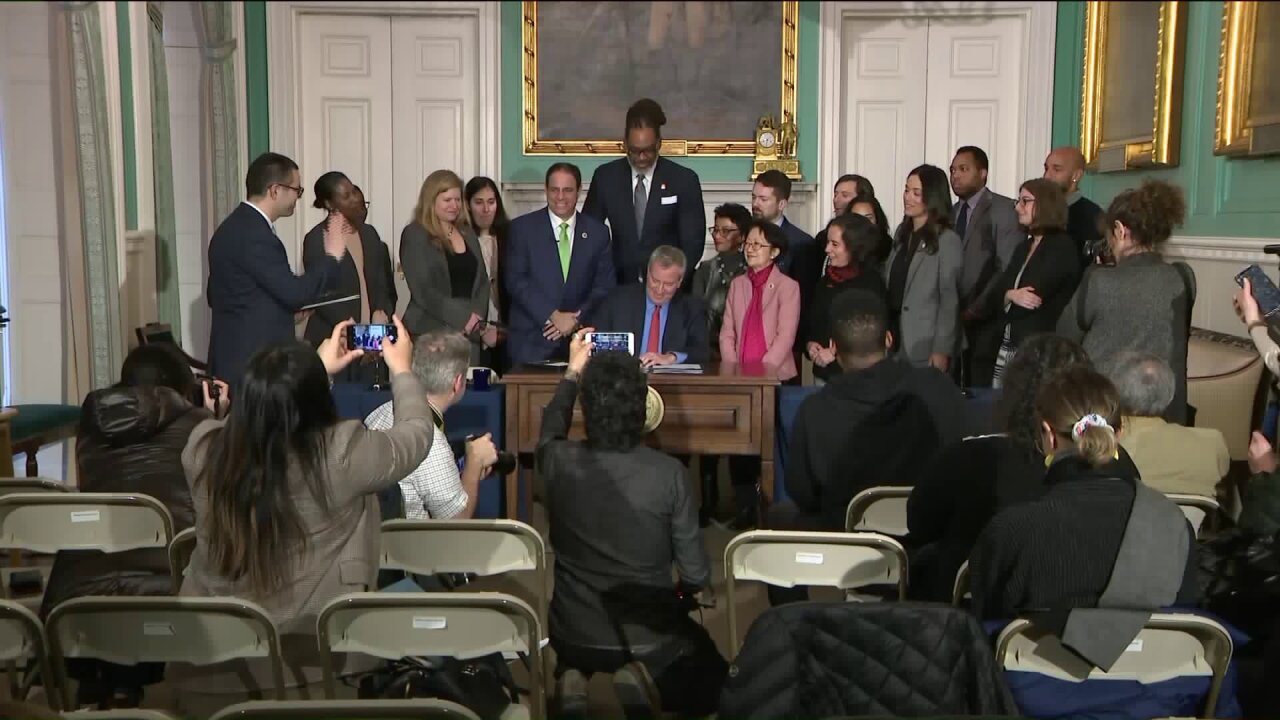 LOWER MANHATTAN — More surviving family members of New York City employees who die in the line of duty or from a 9/11-related illness will get health care benefits.

On Tuesday, Mayor Bill de Blasio signed Intro. 1785 — a new law that provides health care coverage for families of city employees who previously didn’t have these benefits extended to them.

Before de Blasio signed the bill into law, survivor health benefits were available only if the death occurred during active service.

This new law provides health care benefits for families of employees who die as a result of a 9/11-related illness or injury—regardless of whether death occurred while in active service or in retirement.

“The families of city employees who make the ultimate sacrifice deserve to be taken care of by our city, now and always,” de Blasio said.

The law also includes coverage for retired uniformed correction officers and uniformed sanitation workers who die while in retirement as a result of a 9/11-related illness.