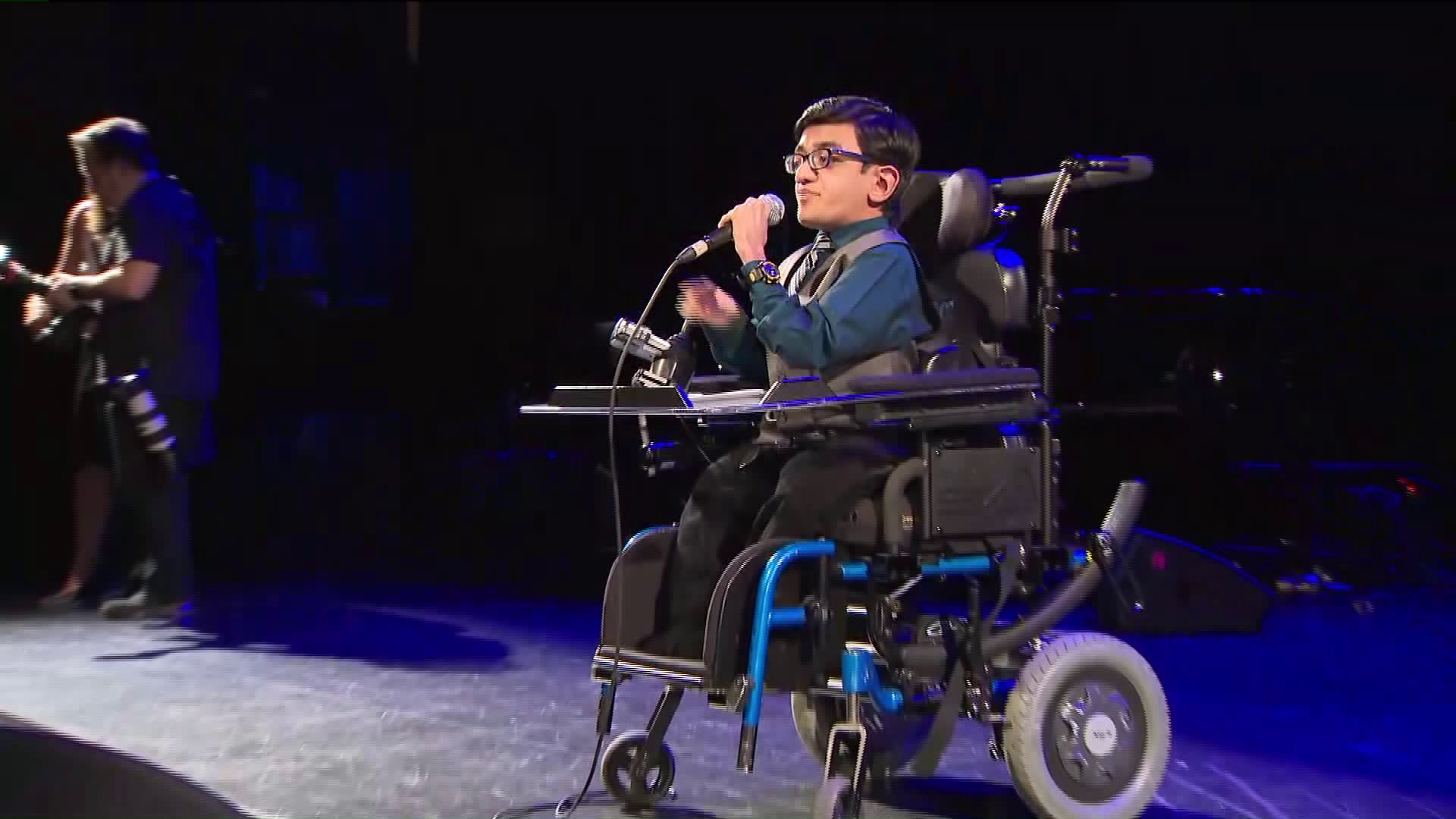 The Dannys are an awards ceremony for people with disabilities, challenges and loads of talent.

UPPER WEST SIDE, Manhattan — You’ve heard of the Oscars, the Tonys the Emmys and the Grammys.

Well, now there are the Dannys, an awards ceremony for people with disabilities, challenges and loads of talent.,

Incredible musicians from around the world submitted videos of their performances and 10 were selected to perform up on the stage at Symphony Space.

They included blind 16-year-old singer Katherine Ruiz Bernal of the Bronx. Grace Novachek of Dallas played a Chopin Waltz in A Minor.

Rapper Sparsh from Iselin, New Jersey, rapped to “I Am Not Afraid”.

The Danny Awards are named after Daniel Trush, who is living proof of the power of music. When Danny was just 12, he suffered five brain aneurysms and his father sang to him every day until he came out of his coma.

“We started Daniel’s Music Foundation 14 years ago and we saw so much talent every day. We thought we should do more,” Ken Trush, the co-creator of The Danny Awards, told PIX11 News. “We thought there is no awards show for all the talented people with physical disabilities and challenges."

When PIX11 asked Danny what music gives him, he replied: “It gives me so much joy. It’s kind of crazy how much joy it gives me.”

Parents, teachers and audience members all were bursting with pride at what has been accomplished here despite the challenges as they listened to Iolanta Manatkazina deliver a beautiful rendition of Santa Lucia.

This is the first annual Danny awards but not the last.

Next year, the Trush family is hoping for an entire Danny Awards weekend at Symphony Space.