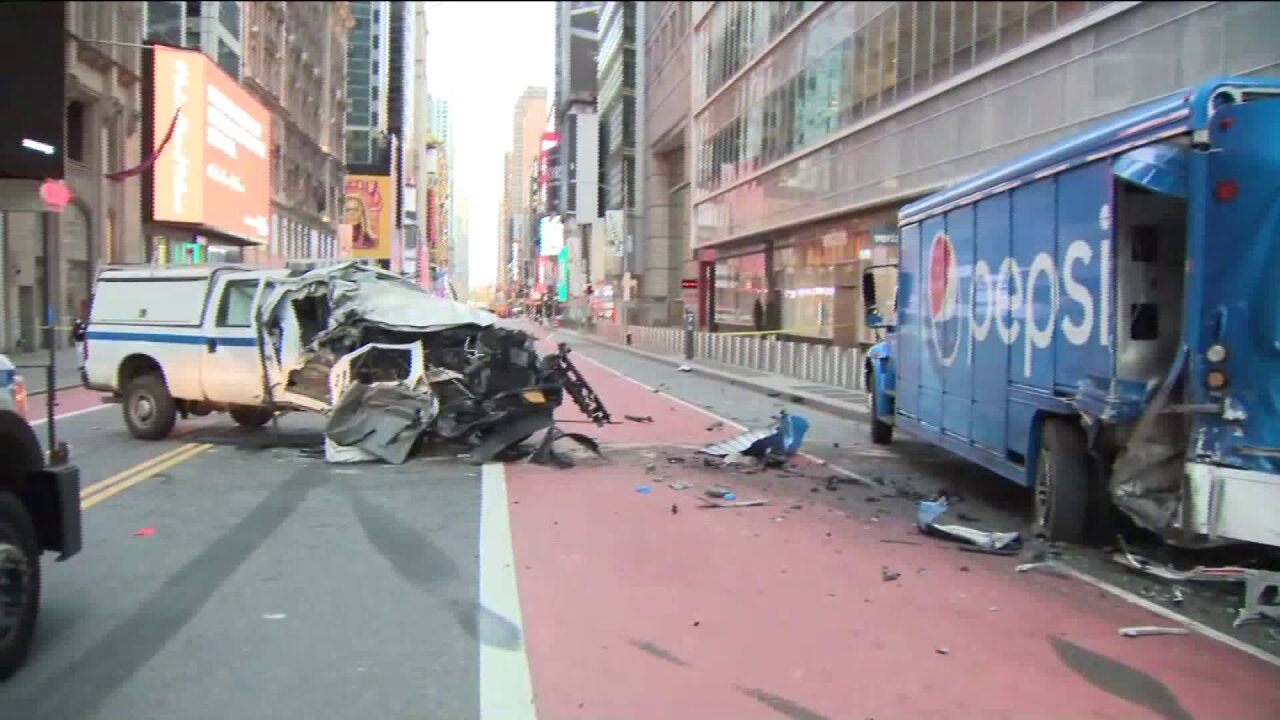 According to authorities, it was just after 5:30 a.m. when the MTA utility vehicle slammed into the Pepsi truck.

The driver of the Pepsi truck said he was parked in a westbound bus lane, making a delivery along West 42nd Street, between Sixth Avenue and Broadway, when the crash occurred.

The FDNY said two people were taken to a local hospital. Their conditions are not known but police said they do not have life-threatening injuries.

The driver of the Pepsi truck was not hospitalized.

According to a statement from the MTA, an employee for the transit authority "charged by police" in the crash "has been suspended from duty effective immediately, pending an investigation and review."

"We are cooperating fully with the NYPD," the MTA told PIX11.

It is not currently known what charges are being brought against the MTA employee.