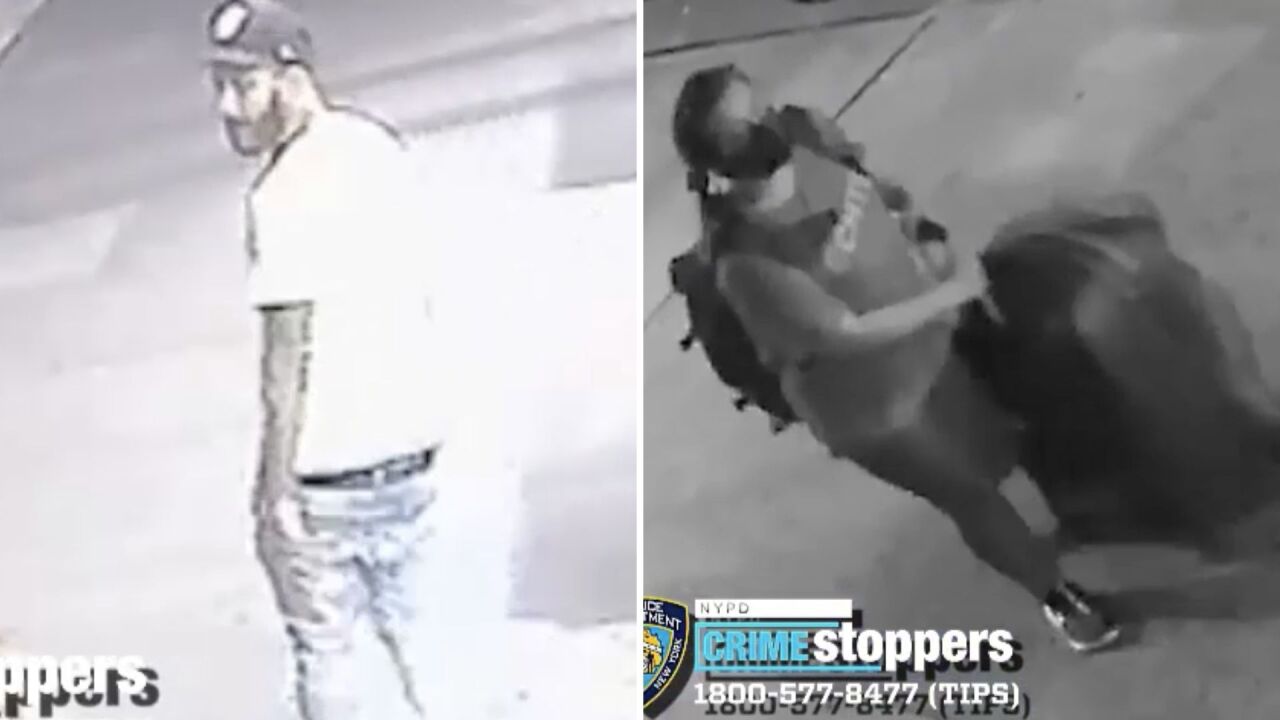 NYPD
Police are searching for a man and a woman accused of assaulting a bus driver.

EAST VILLAGE, Manhattan — UPDATE: Police have arrested a man and woman in connection with the assault.

Original story:
Police are searching for a man and a woman accused of assaulting an MTA bus driver after he ejected them from his bus in Manhattan last month.

The 35-year-old bus driver was traveling on his route onboard an M2 bus when he observed two passengers threatening another passenger, police said.

The bus operator ejected the man and woman from the bus along Lafayette and East 8th streets before parking the bus in the vicinity of Astor Place and Third Avenue to take a break, according to police.

The man and woman who were just ejected from the bus approached the vehicle and forcibly opened the door, authorities said.

The man then stated to the woman “beat him up,” and she proceeded to punch the bus driver, police said.

They fled the scene.

The bus driver was treated for minor injuries to his head, police said.